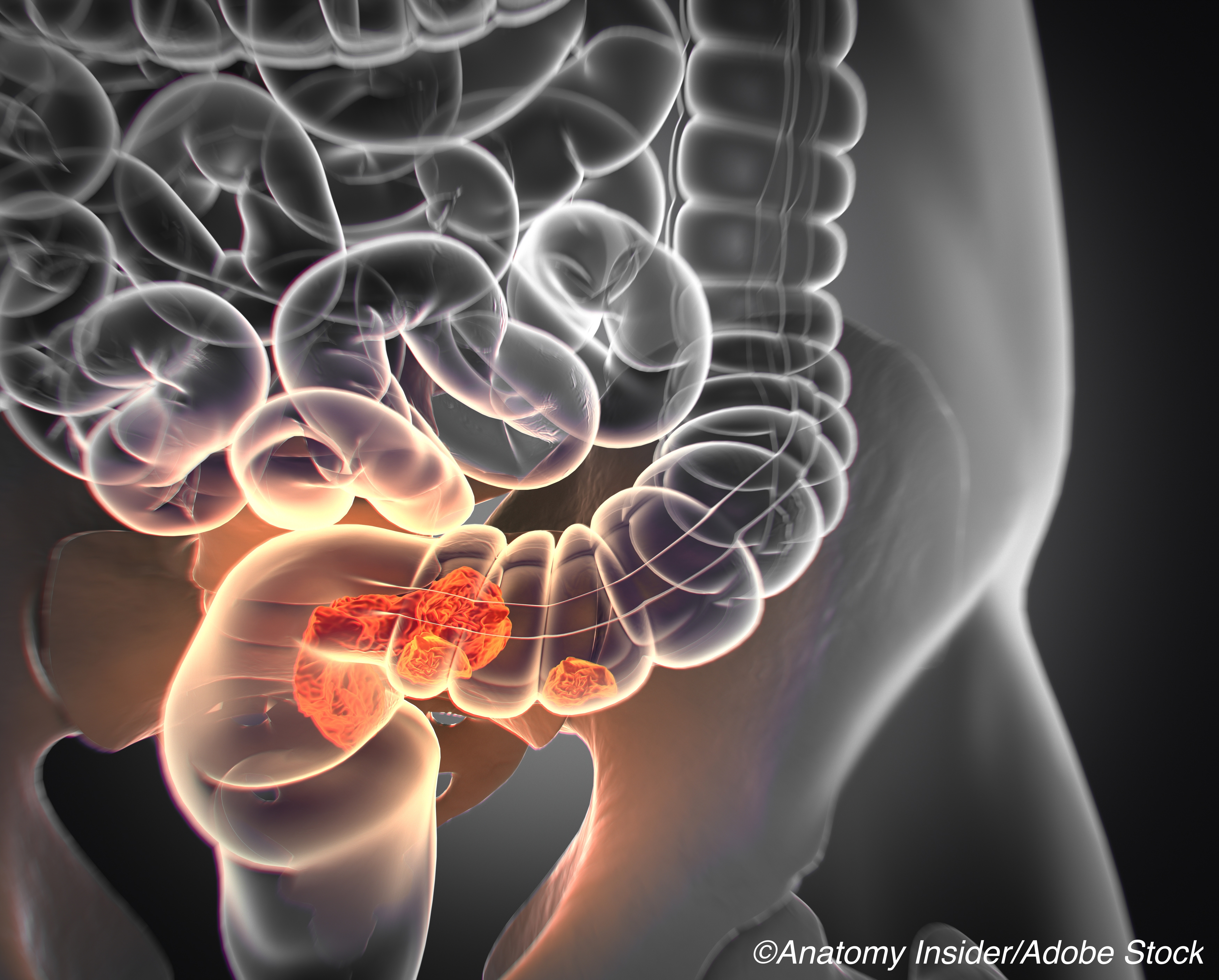 Patients with locally advanced rectal cancer treated with total neoadjuvant therapy followed by surgery had a higher chance of achieving a pathologic complete response than those treated with standard therapy involving concurrent chemotherapy followed by surgery and adjuvant chemotherapy, a meta-analysis of 7 trials involving more than 2,400 patients revealed.

The pooled prevalence of pathologic complete response (PCR) was 29.9% in the total neoadjuvant therapy (TNT) patients and 14.9% in the standard treatment group.

Surgical outcomes, including rates of sphincter-preserving surgery and ileostomy, did not differ significantly between the two treatment groups, and just 3 studies included data on disease-free survival while none included data on overall survival.

But the researchers concluded that total neoadjuvant therapy has a potential disease-free survival advantage compared with standard therapy in the setting of locally advanced rectal cancer (LARC).

“Patients achieving PCR after neoadjuvant treatment are less likely to have a local tumor recurrence and more likely to have a better survival outcome than patients with an incomplete response.”

Their systematic review and meta-analysis was published online December 16 in JAMA Network Open.

Kasi and colleagues wrote that multimodal treatment involving neoadjuvant chemotherapy with radiotherapy followed by mesorectal excision has improved survival in patients with LARC, but mortality reductions have slowed in recent years “owing to a high rate of distant metastasis (29%-39%).”

“Despite the adoption of adjuvant postoperative chemotherapy, patients are more than twice as likely to present with a distant recurrence rather than tumor regrowth at the primary site. This situation emphasizes the urgency of devising upfront treatment strategies aimed at controlling obscure micrometastases.”

Changing the order in which treatment is given, by giving systemic chemotherapy before surgery — either before or after radiotherapy or CRT — is increasingly being investigated.

TNT, in which chemotherapy is given with chemoradiotherapy prior to surgery, “has been postulated to offer advantages such as enhanced compliance with planned therapy, reduction in the tumor stage, and exposure to chemotherapy sooner in the disease course that targets occult micrometastases and can help assess chemosensitivity.”

The systematic review and meta-analysis conducted by Kasi et al. included 7 unique studies that compared standard therapy with TNT and had pathologic complete response as a primary study endpoint.

The researchers noted that because TNT could result in more patients opting for delaying or avoiding surgery due to tumor debulking, “accurate determination of complete clinical response (CCR) in addition to pathologic complete response is imperative.”

“The watch-and-wait approach may have been deemed preferable because surgery can lead to bowel or bladder incontinence and sexual impairment as well as a short-term or permanent ostomy,” they wrote.

They added that because the watch-and-wait approach may be adopted more often in the near future important questions must be addressed, including the reliability of identifying patients with a CCR, the optimal strategy for monitoring these patients, and the appropriate duration of follow-up.

In an editorial published with the study, Noam VanderWalde, MD, and Axel Grothey, MD, of Memphis, Tennessee’s West Cancer Center and Research Institute wrote that preoperative systemic therapy “has ushered in an era of increased personalization in the treatment of LARC, and thus should be considered a component of the individualized standards of care.”

They wrote that this more personalized approach in which treatment is either increased or decreased as warranted represents an improvement in clinical management.

“Future studies, which incorporate patient choice, personalized treatment approaches, and predictive as well as on-treatment biomarkers of response, such as circulating tumor DNA, will help to further define the best approaches to care for individual patients with locally advanced rectal cancer.”