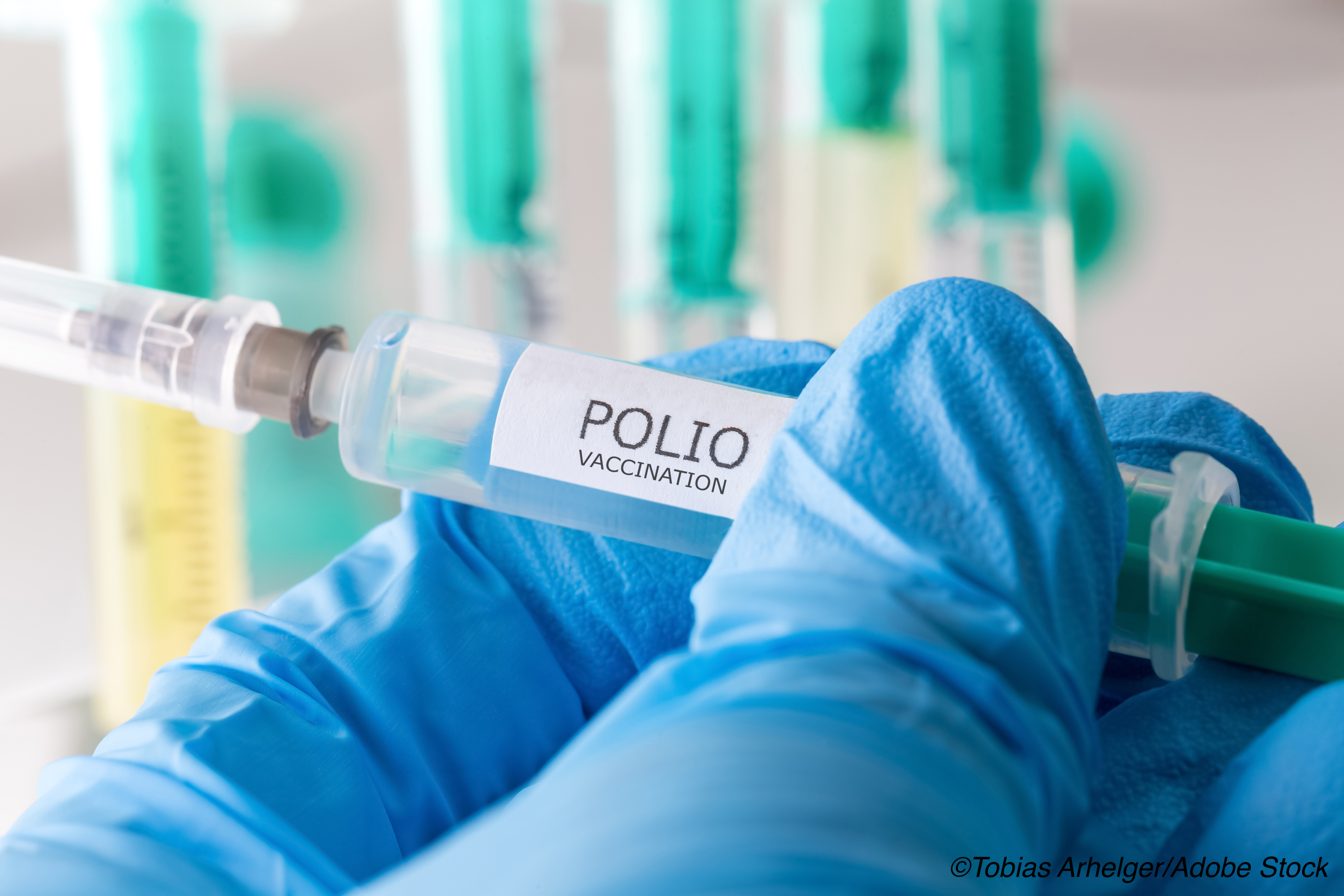 Researchers found that two novel type 2 oral poliovirus (OPV2) candidate vaccines—OPV2-c1 and OPV2-c2—are safe, well-tolerated, and effective in children and infants, as well as adults, and may be an important addition to the existing armamentarium against poliovirus, according to two studies published in The Lancet.

These new vaccines were engineered in response to a declaration from the World Health Organization that type 2 circulating vaccine-derived poliovirus outbreaks are a Public Health Emergency of International Concern, and as part of the Global Polio Eradication Initiative response strategy.

Sáez-Llorens and colleagues conducted two single-center, multi-site, partly masked, randomized trials in healthy children aged 1-4 years and infants aged 18-22 weeks in Panama. The first was a control, phase 4 study with monovalent Sabin OPV2, and the second, a phase 2 study with low- and high-dose novel OPV2 candidates. In all, 150 children and 684 infants were included. All were administered one OPV2 vaccination, and subsets received two doses 28 days apart.

Vaccinations were safe and well tolerated, with no serious adverse or medical events occurred. Adverse events primarily included transient appetite loss, abnormal crying, irritability, and fever, and most were mild.

“These two separate studies in previously vaccinated children and in infants provide support for the safety and acceptable tolerability of low and high doses of two novel OPV2 candidates, similar to the licensed monovalent OPV2 vaccine in infants, and of high doses in young children. All vaccines displayed acceptable reactogenicity profiles with mainly mild and transient systemic adverse events. Serious or severe adverse events were infrequent and not considered causally associated with vaccination,” concluded Sáez-Llorens et al.

Limitations of this study include need to establish control data in children and infants who received monovalent OPV2 before its global withdrawal in 2016, and the inability to compare immunogenicity and viral shedding in children aged 1-5 years.

In the second study, conducted by researchers in Antwerp led by Ilse De Coster, MD, of the University of Antwerp, Wilrijk, Belgium, compiled results from two randomized trials: a phase 4 historical control trial of monovalent OPV2 and a phase 2 trial with novel OPV2-c1 and novel OPV2-c2 vaccine candidates in healthy adults who had at least three polio vaccines.

De Coster and colleagues found that these novel OPV2 candidate vaccines were as safe, well tolerated, and as immunogenic as monovalent OPV2 in adults previously vaccinated with OPV and IPV. All vaccines were safe, with no vaccine-related withdrawals or serious adverse events.

After the first vaccine dose in the previously OPV-vaccinated participants, systemic adverse events occurred in 62% of the monovalent OPV2 recipients, in 71% of the novel OPV2-c1 recipients, and in 74% of the novel OPV2-c vaccine. The corresponding number of events classified as severe were four, three, and two, respectively. The most frequent adverse events were headache, fatigue, abdominal pain, diarrhea, and myalgia.

In IPV-vaccinated participants, adverse events occurred in 94%, 81%, and 88%, respectively. One severe reaction occurred in those receiving novel OPV2-c2 vaccination and two in those in the placebo group. Severe adverse events mainly consisted of gastrointestinal disorders, the study authors explained — diarrhea, nausea, and abdominal pain.

“Novel OPV2 candidates were as safe, well tolerated, and immunogenic as monovalent OPV2 in previously OPV-vaccinated and IPV-vaccinated adults. These data supported the further assessment of the vaccine candidates in children and infants,” concluded De Coster and fellow researchers.

In an accompanying editorial, Kimberly M. Thompson, ScD, of Kid Risk, Inc., Orlando, wrote: “Both studies used the best possible methods to compare novel and monovalent OPV2 given global OPV2 containment constraints. Both are limited by the small numbers of trial participants (e.g., observations of reversion and rare events like vaccine-associated paralytic polio would require use in millions of people, similar to OPV5), different participant immunity profiles, and the potential for secondary monovalent OPV2 exposure for the historical controls but not the novel OPV2 trials. The results from these two studies and the Emergency Use Listing represent exciting next steps for a world that already needed more OPV2 before the Covid-19 pandemic. This progress will allow for broader use of novel OPV2 and the observation of evidence related to its actual performance in the field.”

She concluded that these two studies “represent promising next steps towards the future of global poliovirus control and eradication using better performing OPV strains.”

The study from De Coster and colleagues was funded by the University of Antwerp and the Bill & Melinda Gates Foundation.