(Reuters) – The U.S. Justice Department on Thursday announced charges against 601 people including doctors for taking part in healthcare frauds that resulted in over $2 billion in losses and contributed to the nation’s opioid epidemic in some cases.

The arrests came in dozens of unrelated prosecutions the Justice Department announced together as part of an annual healthcare fraud takedown.

Though many of the cases also involved a variety of schemes to fraudulently bill government healthcare programs, officials sought in the latest crackdown to emphasize their efforts to combat the nation’s opioid epidemic.

According to the U.S. Centers for Disease Control and Prevention, the epidemic caused more than 42,000 deaths from opioid overdoses in the United States in 2016.

While the Justice Department has been conducting investigations into some opioid manufacturers like OxyContin maker Purdue Pharma LP, the cases stemming from the sweep did not focus on wrongdoing by major corporations.

Many of the criminal cases announced on Thursday involved charges against medical professionals who authorities said had contributed to the country’s opioid epidemic by participating in the unlawful distribution of prescription painkillers.

Those charged included a Florida anesthesiologist accused of running a “pill mill;” a Pennsylvania doctor alleged to have billed an insurer for illegally prescribed opioids; and a Texas pharmacy chain owner and two other people accused of improperly filling orders for opioids that were sold to drug couriers.

The Justice Department also announced other cases unrelated to opioids, including schemes to bill the government healthcare programs Medicare, Medicaid and Tricare as well as private insurers for medically unnecessary prescription drugs and compounded medications.

(Reporting by Nate Raymond in Boston; Editing by Chizu Nomiyama and Tom Brown) 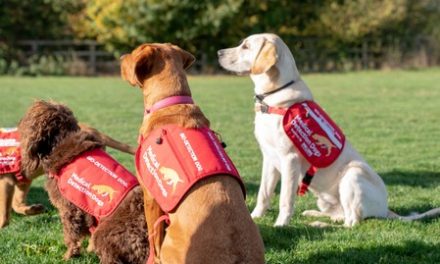 Hunt the malaria bug – a new game for sniffer dogs WHO says it hopes U.S. will reconsider funding, but focus is on ending pandemic