The justices provided a legal victory to Trump’s administration even though the teenager already has had the abortion because it eliminated a precedent at the federal appeals court level that could have applied in similar circumstances in which other detained minors sought abortions.

In the unsigned opinion with no dissents, the justices threw out the lower court decision on the grounds that the dispute became moot once the teenager had the abortion.

The girl, whose name and nationality were not disclosed and was called “Jane Doe” in legal papers, had an abortion on Oct. 25 in Texas, the day after a U.S. appeals court ruled against the Trump administration’s objections.

The case involves the intersection of two divisive social issues on which Trump has taken a hard line: abortion and immigration.

Justice Department spokeswoman Kerri Kupec welcomed the court’s action. “The Supreme Court has repeatedly made clear that the federal government is not required to facilitate abortions for minors and may choose policies favoring life over abortion. We look forward to continuing to press the government’s interest in the sanctity of life.”

“Today’s decision doesn’t affect our ongoing efforts to ensure that all ‘Janes’ can get an abortion if they need one,” said lawyer Brigitte Amiri of the American Civil Liberties Union, which represented the girl. “The district court has blocked the Trump administration’s cruel policy of obstructing unaccompanied immigrant minors’ access to abortion while the case continues, and we won’t stop until we strike it down once and for all.”

The ACLU, which has filed a range of lawsuits against the administration, sued in Washington in October, seeking a decision on obtaining abortions that would be binding in future similar cases.

The justices on Monday declined to take up the administration’s request for disciplinary action against the ACLU lawyers. The administration had accused them of misleading the Justice Department over when she would have the abortion. The department has said it was preparing to appeal that ruling to the Supreme Court when it learned the girl had already had the abortion early that morning. [L2N1N01BN]

The high court said that it takes misconduct allegations against lawyers seriously but said “not all communication breakdowns constitute misconduct.”

A 1973 Supreme Court ruling legalized abortion nationwide. One of the issues raised by the current case is whether illegal immigrant women have the same right to an abortion as American citizens and legal residents.

The girl entered the United States without any family in September 2017 and was immediately detained by U.S. authorities and placed in a shelter in Texas for unaccompanied illegal immigrant minors.

She sought and received a Texas court order to approve the abortion because she a minor, and scheduled a sonogram and consultation with a physician, as required by Texas law. But the administration refused to let her leave the detention center to carry out those steps. 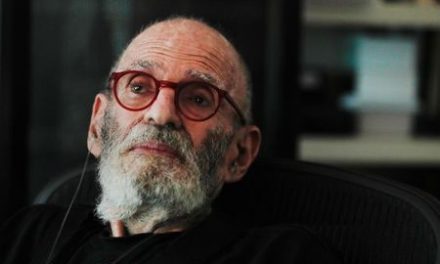