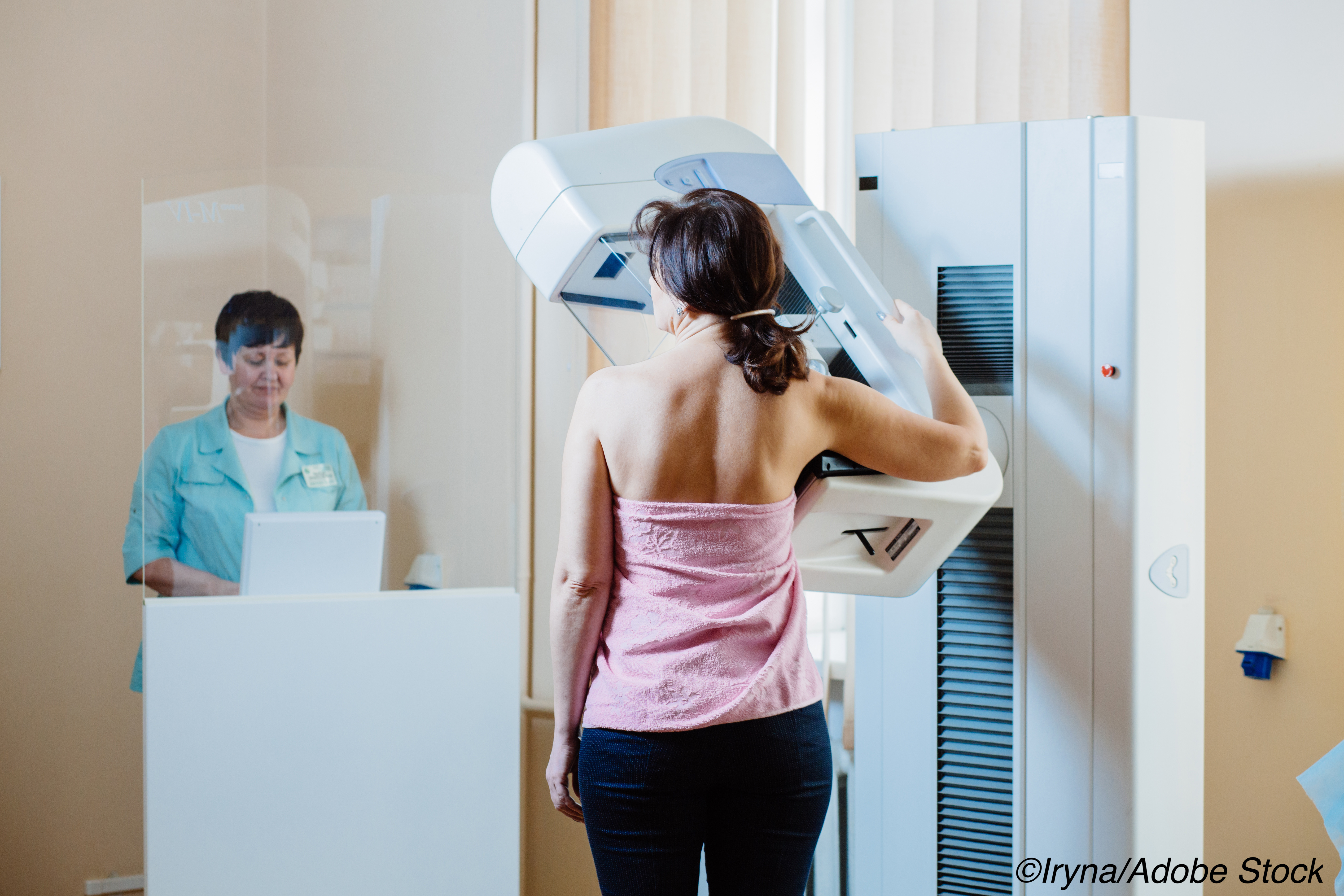 Finding attenuated after 10 years and authors noted a ’modest overdiagnosis,’ which a critic found ’surprising’

At what age should women begin annual screening mammography? That question has triggered fierce debates in the halls of medicine and the halls of Congress, which made a report about a U.K. study supporting screening mammography at age 40 an obvious selection for the BreakingMED year-end clinical review series. This report, first published Aug. 20, provides an interesting perspective.

For women who started screening mammography between the ages of 39 and 41 years, there was a 25% reduction in death from breast cancer over the next 10 years at a relative risk reduction of 0.75 (95% CI, 0.58-0.97; P=0.029) compared to women who started screening later at about the age of 50 as established by the National Health Service Breast Screening Programme (NHSBSP), Stephen Duffy, MD, Queen Mary University of London, the United Kingdom, colleagues reported in the Lancet Oncology.

The authors also pointed out among those assigned to early screening, 18.1% of women had a least one false-positive result, a detection rate that investigators felt was at worst, “modest overdiagnosis.”

They also observed that any overdiagnosed cancers in this younger age group would be subsequently diagnosed once women attended the NHSBSP at the age of 50.

“Our results suggest a reduction in breast cancer mortality with annual mammography in women aged 40-49 years within the first 10 years of follow-up, and no overdiagnosis in addition to that which arises from screening at age 50 years and older,” Duffy and colleagues observed.

“Reducing the lower age limit for screening from 50 to 40 years could potentially reduce breast cancer mortality,” they concluded.

Although he did note that the trial was well conducted, “the debate over whether to initiate breast screening at age 40 or 50 years will not have been resolved by the UK Age trial, as the lack of a control group who were not offered screening at any age precluded determining whether either group in the trial derived any benefit,” Miller wrote.

Miller also thought that a “surprising aspect” of the study was the authors’ conclusion that no overdiagnosis of breast cancer occurred in either women who underwent early screening or those who were screened at the usual age of 50.

“As overdiagnosis appears to increase with age, it is possible that overdiagnosis occurred in both groups after the age of 50 years but could not be detected because of the design of the trial,” he suggested.

In fact, Miller, who was principle investigator of the Canadian National Breast Screening study, and colleagues concluded that annual mammography in women between the ages of 40 to 59 does not reduce mortality from breast cancer beyond that of physical exam or usual care alone provided adjuvant therapy for breast cancer is widely available.

Moreover, Miller et al also found that 22% of invasive breast cancers detected in this particular group of women were over-diagnosed.

“[M]ammography can be negative even in the presence of physically detectable breast cancer,” he said. “Those who favor screening will be left with a conundrum but those who believe that mammography screening has little or no benefit will feel their views have been justified.”

The UK Age trial randomly assigned women between 39 to 41 years of age to yearly screening up to and including the year they reached the age of 48—the so-called intervention group.

The control group received no screening until their first NHSBSP mammography at approximately 50 years of age. The primary endpoint was mortality from breast cancer diagnosed in the intervention period before women were invited to participate in the regular NHSBSP.

“Overall, there was no significant reduction in breast cancer mortality in the intervention group compared with the control group,” investigators report.

In a per-protocol analysis adjusted for selection bias, a 34% reduction in breast cancer mortality in the intervention group was again observed 10 years after randomization compared to the control group at a relative risk reduction of 0.66 (95% CI, 0.46-0.95; P=0.025).

However, the excess of in-situ cancer detection was attenuated with extended follow-up resulting in no significant difference between the 2 groups by study endpoint.

As the authors emphasized, early screening clearly had a significant effect on breast cancer mortality over the first 10 years of the study.

Although this effect lost its significance with longer-term follow-up, “there were no compensatory additional breast cancer deaths after 10 years of follow-up, and so the absolute benefit from the intervention remains the same in the long term,” they argued.

The fact that the absolute benefit of early yearly screening between the ages of 40 and 49 years remained roughly constant up to the end of follow-up suggests that approximately one death from breast cancer could be prevented for every 1000 women screened.

Limitations to the study include the fact that screening in the intervention period occurred during the 1990s and early 200s, when many changes in mammographic techniques and treatment took place.

For example, the screening method used during those years was film screening and mainly consisted of single-view mammography. The authors therefore concluded that further evaluation of screening in women under the age of 50 using modern screening and treatment protocols is still warranted.

Duffy reported receiving grants from the National Institute for Health Research but had no conflicts of interest to declare.

Miller had no competing interests to declare.