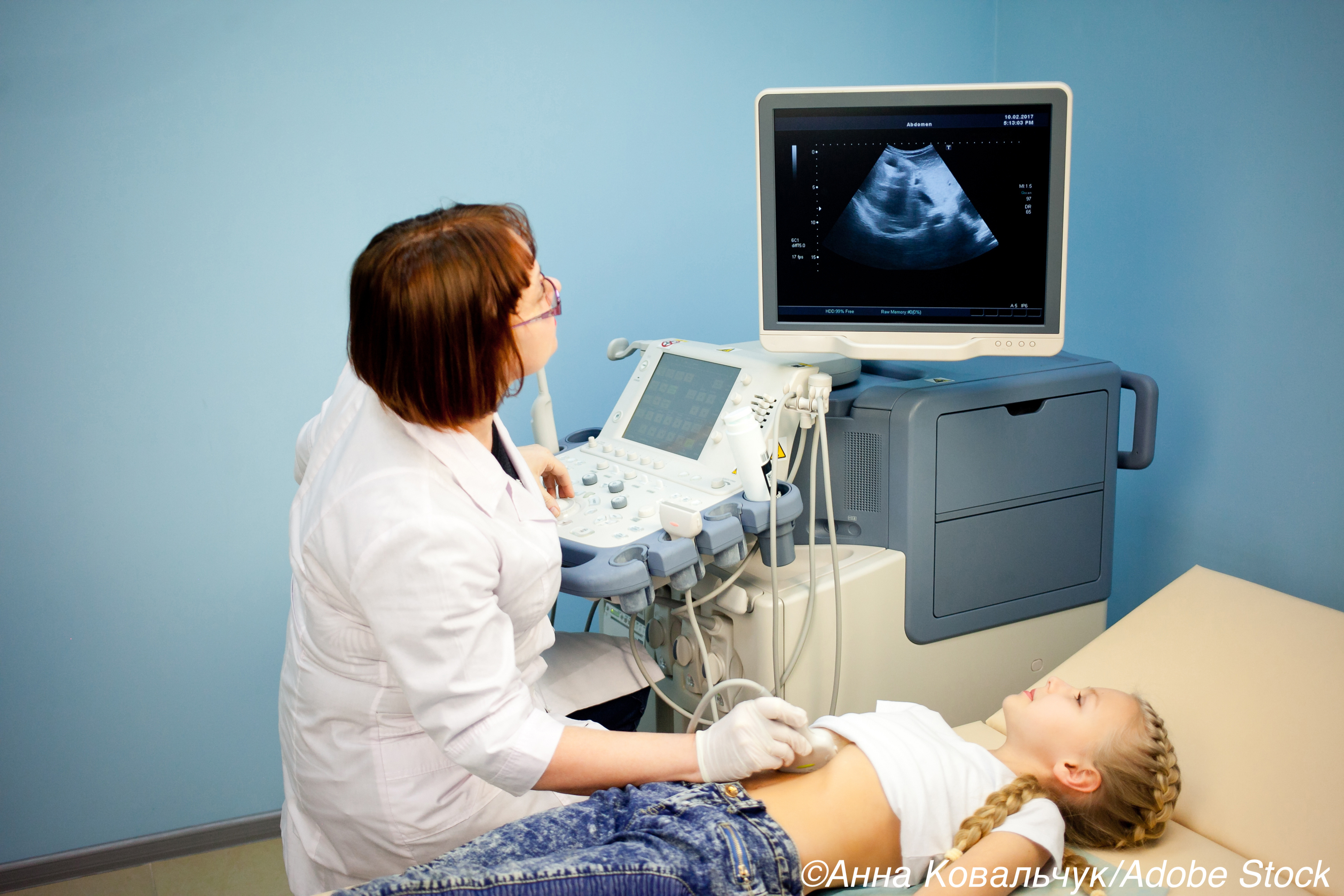 Decades worth of data shows CT replaced by US, MRI

Kids who landed in the emergency department (ED) underwent more ultrasound and MRI exams over the past decade, but less CT studies according to a data analysis from 32 U.S. tertiary care children’s hospitals.

In addition, pediatric CT utilization decrease trend appeared to have plateaued in 2014, they stated in JAMA Pediatrics.

Factors associated with increased use of advanced imaging modalities included ultrasonography for abdominal pain and appendectomy, as well as MRI for ventricular shunt procedures, they added.

“There is increased awareness of radiation risks from CT in pediatric patients. In EDs, evidence-based guidelines, improvements in imaging technology, and availability of nonradiating modalities have potentially reduced CT use,” Marin’s group wrote.

In an accompanying editorial, Alan R. Schroeder, MD, and Daniel L. Imler, MD, both of Stanford University School of Medicine in California, said the findings were encouraging in terms of radiation exposure to a pediatric population, and suggested that the data may have translated into prevention of between 25 to 50 cancers across the 32 hospitals in the study.

“Magnified across the U.S., this number would be considerably greater,” Schroeder and Imler wrote. “This is good news. We are capable of changing practice, thereby protecting some children from serious harm.”

However, they pointed out that there are multiple down sides to the increase in advanced imaging in kids, such as incidental findings, false-positive results, and overdiagnosis. Any of these may lead to more intervention but not an improvement in outcome, they cautioned.

The primary outcome was the change in CT, ultrasound and MRI rates, identified by billing codes, during the study period.

The largest decreases in CT rates were for concussion (−23.0%) followed by appendectomy.

Overall, the analysis revealed that children, ages 5 years and older, white patients, those with complex chronic conditions, those with private insurance, and those who were admitted had higher odds of undergoing CT, MRI, and ultrasonography.

Study limitations included an inability to assess the indications for imaging studies, so unmeasured confounders could exist that impacted the findings. Ultrasound at point of care was not captured, and some imaging studies conducted on hospitalized patients within the ED may have been misclassified.

The authors and the editorialists urged future efforts to evaluate the effect of advanced imaging on patient-level outcomes.

Marin reported no relationships relevant to the contents of this paper to disclose. Co-authors reported support from the Agency for Healthcare Research and Quality, the Alberta Children’s Hospital Foundation Professorship in Child Health and Wellness, the Harvard Catalyst-Harvard Clinical and Translational Science Center, and Harvard University.

Schroeder and Imler reported no relationships relevant to the contents of this paper to disclose.