Vericiguat Lands with a Thud in HFpEF 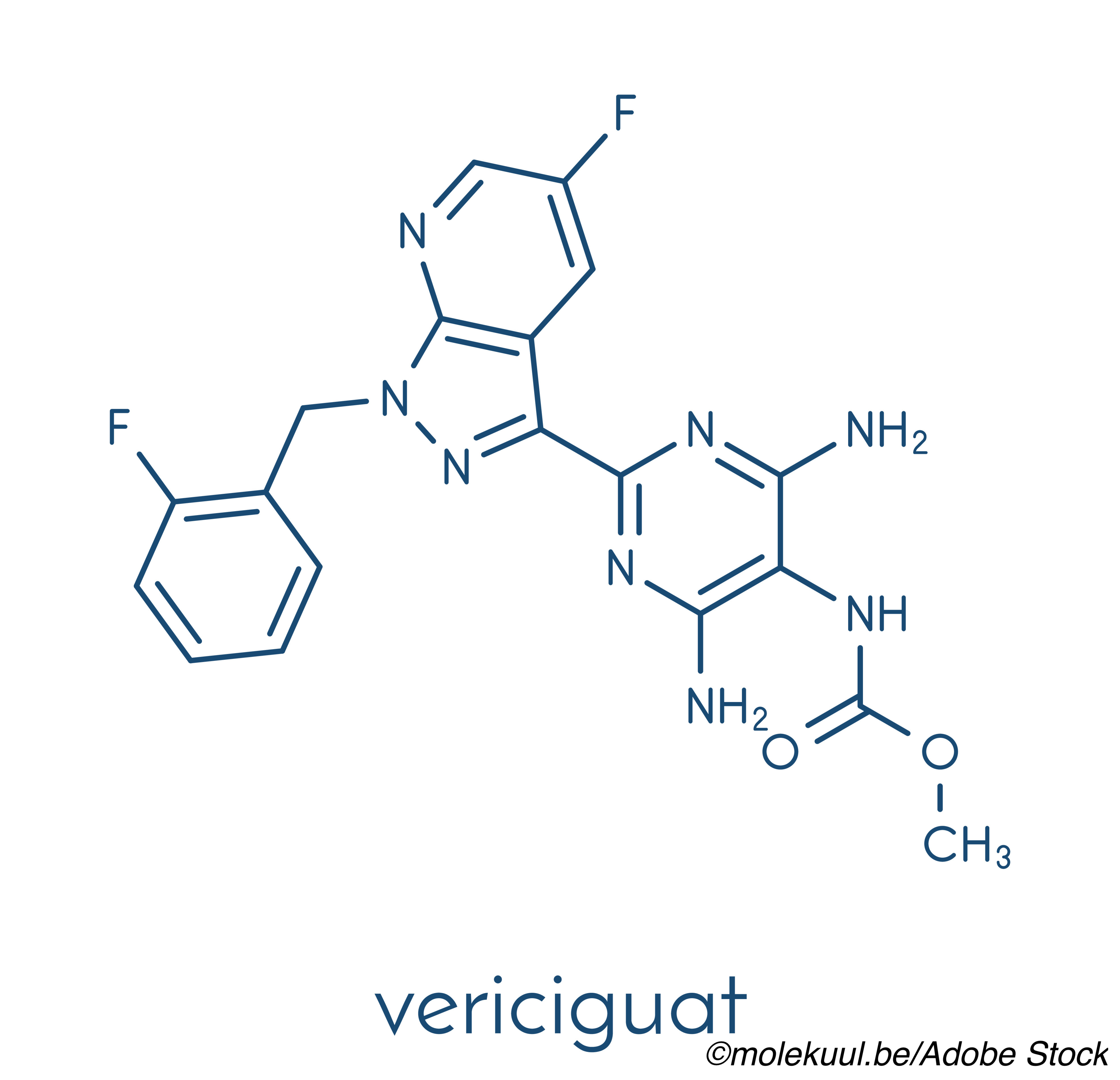 In patients with heart failure with preserved ejection fraction (HFpEF), vericiguat did not live up to its potential: The direct soluble guanylate cyclase (sCG) stimulator did not boost markers of physical function in HF in the VITALITY-HFpEF trial.

In fact, the physical limitation scores on the Kansas City Cardiomyopathy Questionnaire (KCCQ) were better with placebo than with two doses of vericiguat in the phase IIb trial, according to Paul Armstrong, MD, of the University of Alberta in Edmonton, and co-authors:

“Among patients with HFpEF and recent decompensation, 24-week treatment with vericiguat at either 15-mg/d or 10-mg/d dosages compared with placebo did not improve the physical limitation score of the KCCQ,” Armstrong and co-authors stated, adding that the drug also failed to move the needle on 6-minute walk test (6MWT) distance.

The VITALITY-HFpEF trial results are a come down from previous studies with more positive outcomes: The SOCRATES-PRESERVED study showed a benefit in KCCQ PLS in 68 patients receiving 10 mg/d of vericiguat, while the VICTORIA trial, also by Armstrong and colleagues, demonstrated that the agent could cut mortality and hospitalizations in recently decompensated heart failure with reduced ejection fraction (HFrEF).

However, the current findings, as well as those from the CAPACITY HFpEF trial, may be disappointing, they don’t necessarily mean the end of the line for direct sCG stimulators. Results from CAPACITY HFpEF trial, also in JAMA, showed that peak rate of oxygen consumption (VO2) decreased by 0.26 mL/kg/min with daily praliciguat, while placebo patients improved by 0.04 mL/kg/min from baseline to week 12.

Yes, the two studies indicate that “targeting this pathway is not an effective population-based strategy to improve physical functioning for patients with HFpEF in the short term,” acknowledged Katherine Clark, MD, MBA, and Eric Velazquez, MD, both of Yale School of Medicine in New Haven, Connecticut, in an accompanying editorial.

But they added that the results “do not negate the potential that these agents may have to improve outcomes.” One reason for that is that a meaningful proportion of HFpEF may be driven by an abnormal vascular response involving endothelial dysfunction, and problems with nitric oxide signaling soluble guanylate cyclase, they explained.

Clark and Velazquez also pointed out that “due to the approaches for patient selection, the length of follow-up, and the end points chosen, these studies do not negate the potential that these agents may have to improve outcomes.”

“Future studies should select patients with HFpEF based on demonstrable endothelial dysfunction, and patients should be followed up longer for an end point such as a reduction in HF hospitalization,” they stated.

The trial included 789 patients (age around 72 years; predominantly white; evenly split between men and women) with chronic HFpEF with an EF of at least 45% and New York Heart Association class II-III symptoms. Patients had to be within 6 months of a recent decompensation event — HF hospitalization or IV diuretics for HF without hospitalization — and have elevated natriuretic peptides. Participants were randomly assigned to double-blind treatment with vericiguat with increasing titration to 15 mg or 10 mg daily, or placebo. Most patients were on loop diuretics and/or beta-blockers, while “Sodium-glucose cotransporter 2 inhibitors were rarely used,” according to Armstrong’s group.”

The authors reported the following for the baseline and 24-week 6MWT distance mean scores:

Study limitations included the fact that not all of the enrolled patients necessarily had HFpEF because of “phenotypical heterogeneity,” the authors stated. Also, there were “nominally more cardiovascular deaths in the vericiguat groups compared with placebo, [but] the numbers of events are too small to make any definitive conclusions,” they said.

Clark and Velasquez suggested that improving physical performance is a noteworthy treatment goal, but it may lack the sensitivity and specificity to properly judge treatment efficacy. They stated that “future research may need to prioritize linkage between pathophysiology defined cohorts and end points to ultimately reduce morbidity and mortality associated with HFpEF.”

VITALITY was funded by Bayer and Merck Sharp & Dohme/Merck.

Clark reported no relationships relevant to the contents of this paper to disclose. Velazquez reported relationships with, and support from, Novartis.

Cost-Effectiveness Analysis of Rivaroxaban Plus Aspirin Compared with Aspirin Alone in Patients with Coronary and Peripheral Artery Diseases in Italy.

The association of Acute Cardiovascular Care

A Closer Look at Stroke During Pregnancy