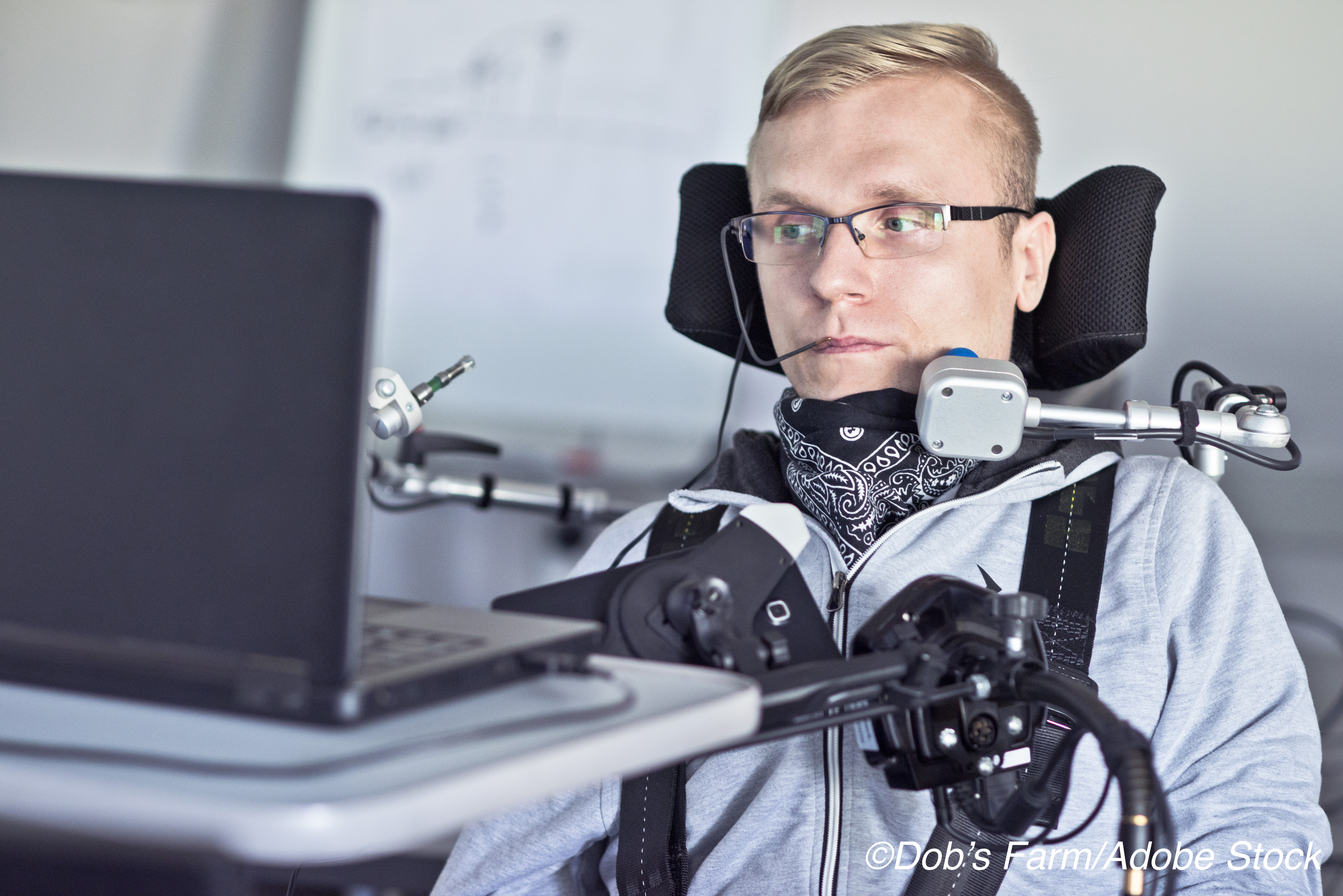 Over a third had no symptoms of dysphagia

Weight loss in patients with amyotrophic lateral sclerosis (ALS) was common at diagnosis, was not accompanied by dysphagia in over one-third of patients, and affected risk of death in a dose-dependent fashion, a prospective study found.

Of 2,420 patients, 67.5% overall reported weight loss at diagnosis. Of those with weight loss, 35.1% had no symptoms of dysphagia.

“This population-based study shows that two-thirds of the patients with ALS have weight loss at diagnosis, which also occurs independent of dysphagia, and is related to survival,” the researchers wrote in Journal of Neurology, Neurosurgery, and Psychiatry.

“The adjusted HR for absolute weight loss in kg was 1.03 (95% CI 1.02-1.04, P<0.001), indicating that with each additional kilo of weight loss, the risk of dying during follow-up increases by 3%,” they added. “Our results suggest that weight loss is a multifactorial process that may differ from patient to patient. Gaining further insight in its underlying factors could prove essential for future therapeutic measures.”

“As the largest study to date to address the association between prediagnostic weight loss and disease duration, the authors reconfirm that patients with greater weight loss prior to diagnosis tend to have shorter survival,” noted Frederik Steyn, PhD, and Shyuan Ngo, PhD, both of University of Queensland in Australia, in an accompanying editorial.

The researchers “show that inclusion of weight loss at diagnosis improves the overall accuracy of their prediction models on survival. Confirmation of this finding has the potential to significantly advance patient care and clinical trial design,” they added.

ALS diagnosis is made when deficits in motor function lead to identification of death of both upper and lower motor neurons. Progressive paralysis, fatigue, swallowing and respiratory difficulties lead to death due to respiratory failure at a median of 3-5 years from symptom onset. There has been growing recognition of other dimensions of the disease, including cognitive changes and associated frontotemporal brain involvement.

Malnutrition is a recognized feature of ALS. A study of 121 patients on the benefit of high-calorie supplements found that about 56% of surveyed patients experienced weight loss, and about 38% of those did not have dysphagia. Percutaneous endoscopic gastrostomy supplements were beneficial for weight stabilization and quality of life.

A 2014 registry study found cumulative survival at 1, 5, and 10 years from diagnosis was 76.2%, 23.4%, and 11.8%, respectively, with longer survival predicted by variables including younger age, spinal onset, and male gender.

In the present study, van den Berg and colleagues enrolled 2,420 patients diagnosed with ALS between 2010 and 2018 in a population-based setting to determine the association between weight loss and the risk of death during follow-up.

“Interestingly, the effect of weight loss on survival did not differ significantly between patients with or without dysphagia (P=0.46), nor between bulbar and spinal onset patients (P=0.63),” the authors observed.

“This suggests that weight loss is not solely related to dysphagia,” the authors wrote. Potential additional factors they cited include:

Because the cause of weight loss likely varies from individual to individual, future studies should determine the change in body composition rather than total weight loss, and determine details of metabolic balance, food intake, activity level, and hormonal balance, the researchers recommended. “Indeed, this multifactorial process of weight loss suggests that therapeutic interventions may also have to be individually tailored to each underlying factor,” they wrote.

Limitations of the study include the absence of data to determine the cause of weight loss.

Funding was received from the Netherlands ALS Foundation.