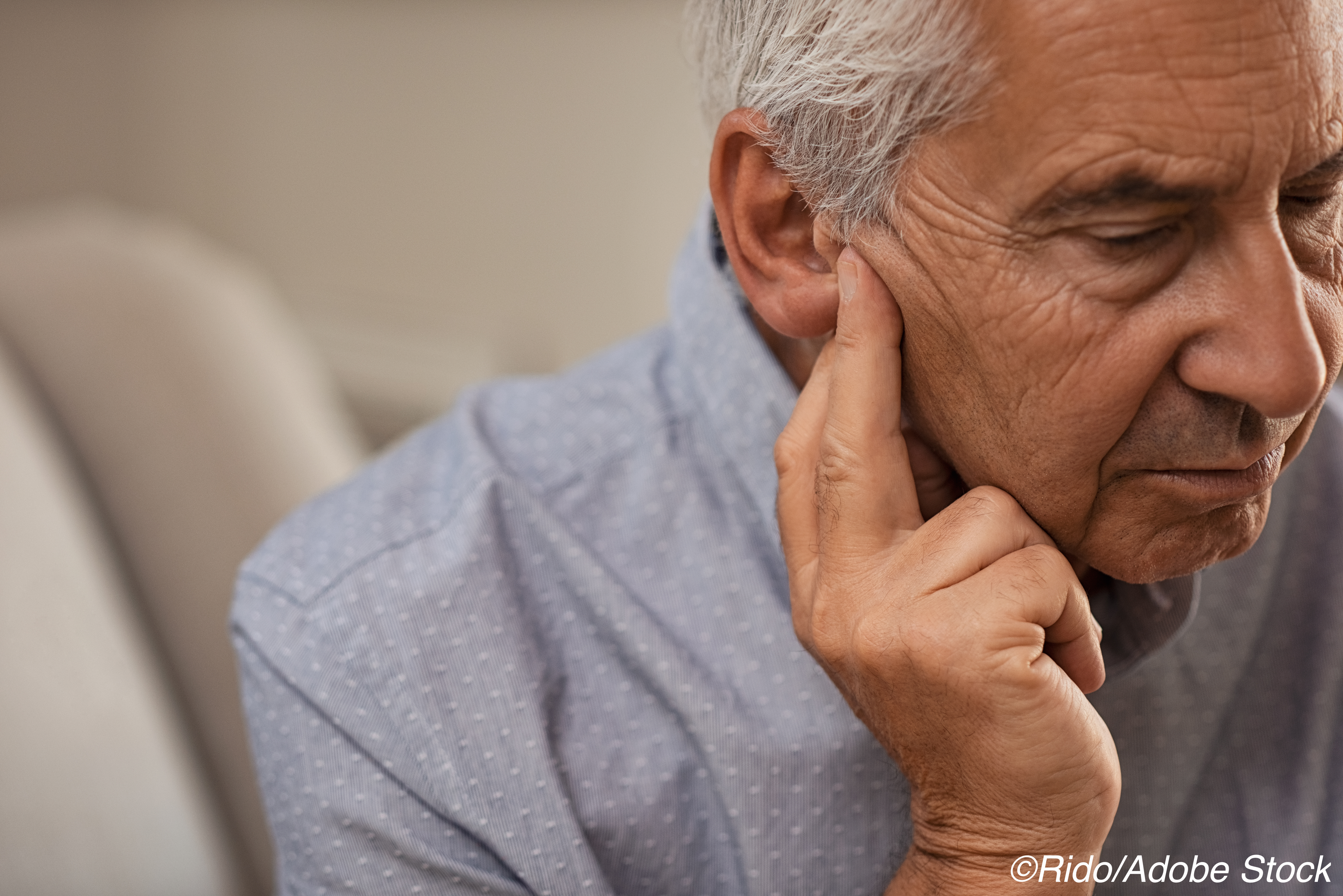 But how this might relate to cognitive decline is unclear

“Brain structural change is a potential mechanism underlying the association of hearing impairment with cognitive decline and dementia,” reported Susan Resnick, PhD, of the NIH’s National Institute on Aging in Baltimore, Maryland, and coauthors in JAMA Otolaryngology. “Findings of this cohort study suggest that poorer hearing is related to change in integrity of specific white matter regions involved with auditory processing.”

While there were no baseline associations between hearing and mean diffusivity or fractional anisotropy, longitudinal changes in the measures were seen for both peripheral and central hearing dysfunction over a mean follow-up time of 1.7 years.

Over time, baseline peripheral hearing dysfunction assessed with pure tone audiometry showed a mean diffusivity increase in the inferior fronto-occipital fasciculus (β 0.025; 95% CI 0.008-0.042) and the body of the corpus callosum (β 0.050; 95% CI 0.015-0.085). Fractional anisotropy showed no associations in these tracts.

In an accompanying editorial, Justin Golub, MD, MS, of Columbia University in New York, and coauthors wrote that this study “demonstrates novel longitudinal findings that suggest that structural change in the brain may underlie the association of hearing loss with cognitive decline and dementia. The region-specific nature of the findings strengthens their validity. While previous studies have examined the cross-sectional association between hearing loss and white matter microstructure, to our knowledge, this study is the first to establish a longitudinal association.”

But the “clinically unfamiliar nature of the outcomes makes it difficult to interpret the clinical meaningfulness, or effect size, of the results,” they noted. “Moreover, several differences exist between this report and other studies examining white matter microstructure regarding DTI methodology (e.g., region of interest versus voxel-based), measures of central auditory function, and demographic characteristics (e.g., middle-aged versus older adults).”

Observational studies have shown an independent association between impaired hearing and cognition, and hearing loss may be seen as a treatable risk factor for dementia mediated by hearing-loss induced changes in brain structure. Hearing loss has been previously associated with longitudinal decreases in regional and whole brain volumes concentrated in the right temporal lobe. A 2012 study also found that high frequency hearing loss in older adults was robustly associated with lower auditory cortex gray matter volume and increased cerebrospinal fluid in that region, the two findings specifically suggesting gray matter atrophy.

Although previously regarded as a disease of gray matter, DTI white matter studies in Alzheimer’s dementia have also shown early white matter involvement that may be independent of accompanying gray matter changes.

To extend knowledge about hearing loss and white matter microstructure, Resnick and colleagues analyzed data from 356 cognitively normal adults in the Baltimore Longitudinal Study of Aging between October 2012 and December 2018. Mean age was 73.5 and 57.3% were women. People with baseline cognitive impairment, stroke, head injuries, Parkinson’s disease, and/or bipolar disorder were excluded from the study.

Limitations of the study include a short follow-up. Also, the study population was largely older white participants with relatively high economic and educational level, limiting generalizability. “Replication of these findings by other investigators using more diverse populations and various DTI approaches over a longer follow-up will be necessary to substantiate these findings,” the editorialists noted.