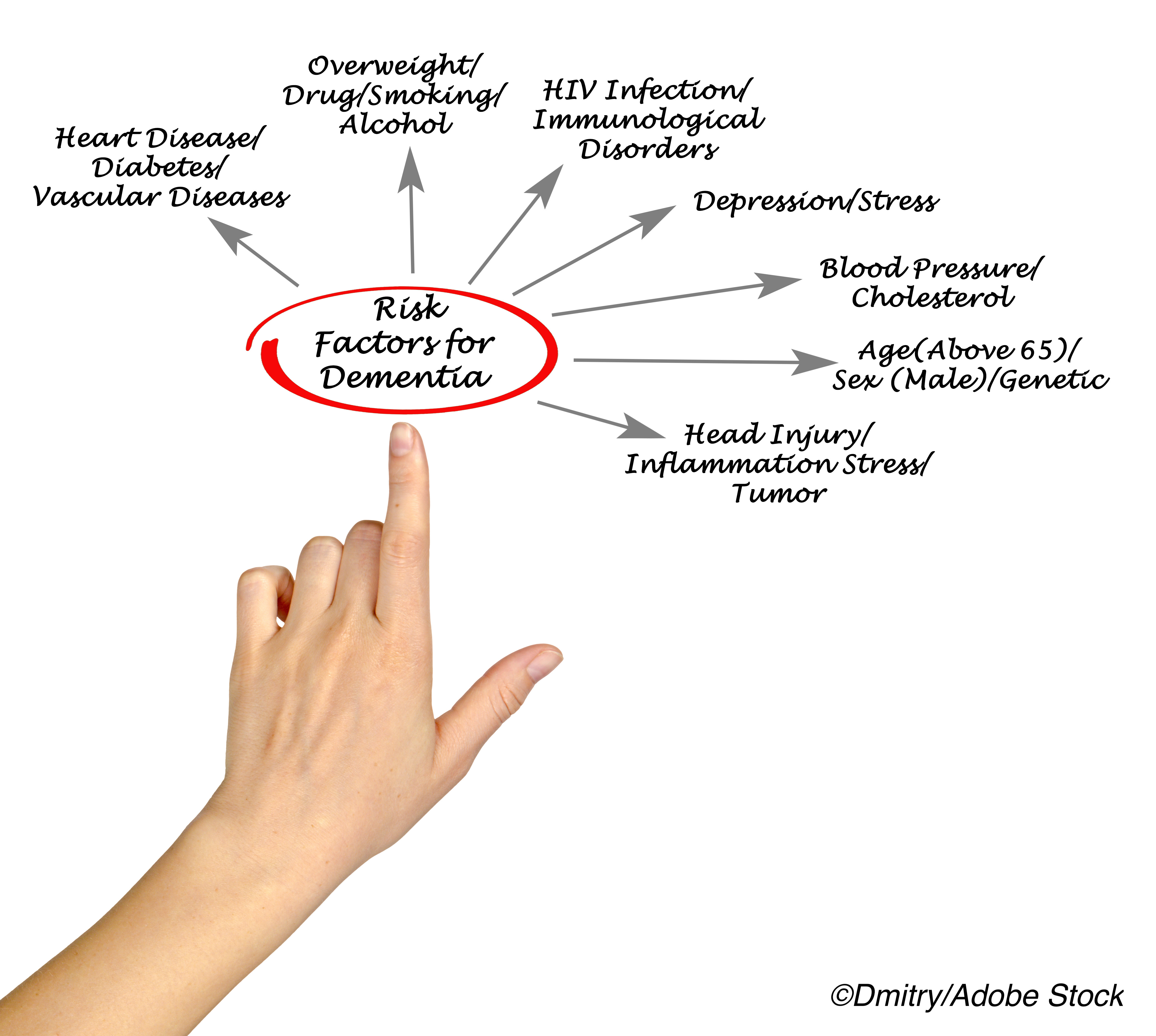 Diabetes onset at a younger age is significantly associated with a higher risk of developing future dementia, according to results from the Whitehall II study, which are published in JAMA.

“The prevalence of type 2 diabetes has risen due to population aging, increasing obesity, physical inactivity, and energy-dense diets. More than 90% of individuals with diabetes have type 2 diabetes, and among these individuals, there is considerable potential for disease management to reduce risk of subsequent health complications. Diabetes is associated with higher risk of cardiovascular morbidity and mortality, along with mortality from non-vascular conditions,” according to researchers led by Claudio Barbiellini Amidei, MD, of Epidemiology of Ageing and Neurodegenerative Diseases, Université de Paris, France.

Upon multivariate analyses, Barbiellini Amidei and colleagues observed the following when comparing participants with diabetes and those without:

The linear trend test (P˂0.001) showed a graded association between age at onset of type 2 diabetes and dementia.

Finally, after adjusting for sociodemographic factors, health behaviors, and health-related measures, Barbiellini Amidei and colleagues found that by age 70, every five years younger age at onset of type 2 diabetes was significantly associated with an HR of dementia of 1.24 (95% CI: 1.06-1.46).

“As diabetes is associated with higher risk for a wide range of vascular diseases, it is important to consider whether vascular comorbidity is associated with onset of dementia in those with diabetes,” wrote Barbiellini Amidei and colleagues, who conducted a further analysis to assess the risk for one or more cardiovascular comorbidities in participants with diabetes.

“Stroke combined with diabetes was associated with a higher risk of dementia, and the highest risk of dementia was seen in those with stroke, CHD, and heart failure. These results highlight the need to address cardiovascular comorbidity in individuals with diabetes,” they found.

“Other key findings include the lack of a robust association of dementia with preclinical diabetes (prediabetes or fasting glucose) or the FINDRISC in participants without diabetes, irrespective of age at assessment. In addition, in individuals with diabetes, stroke comorbidity was associated with additional increased risk of dementia. Taken together, these findings highlight the importance of age at onset of diabetes and cardiovascular comorbidity in persons with diabetes for risk of dementia,” they added.

Barbiellini Amidei et al also explored the possible hypotheses behind the links between diabetes and dementia, including the role of decreased insulin transport through the blood-brain barrier, impaired insulin signaling, and decreased cerebral glucose use that possibly contribute to brain metabolic dysfunction in patients with diabetes.

“The precise mechanisms underlying the association between type 2 diabetes and dementia remain unclear. Further, studies do not always show a consistent association between diabetes and hallmarks of Alzheimer disease, such as amyloid and tau pathology. Although the histopathological, molecular, and biochemical abnormalities in Alzheimer disease are well characterized, a unified framework that links these features is lacking,” they wrote.

Study limitations include the inability of researchers to distinguish dementia subtypes, the overall healthier status of study participants compared with the general population, the unavailability of glycated hemoglobin as a more stable marker of diabetic status until later study waves, the use of EHRs to establish dementia diagnosis rather than in-person screening, and the age of participants at the end of follow-up of 69-89 years, which for many was younger than when dementia becomes more prevalent.