A Lesson a Patient Taught Me About Dying

The following was originally posted to Dr. Linda.

Being the intern on the team, I knew the scut work belonged to me. Every medical student understands the hierarchy of the medical team and there was just no way around that. If a patient needed urgent blood work drawn at 3 AM, call the scut monkey as we were called. Any patient requiring a rectal exam required an intern to perform the test. Scut basically was any work that no one else really wanted to do. And the newest additions to the residency were expected to do anything they were told to do. It wasn’t just in my small program but this golden rule held true in hospitals across the country, and in the whole world I suspect.

This rite of passage often hurt and pushed us to our limits but we persisted out of survival. You just did not refuse a higher ranking resident. Fatigue may have been so bone deep and our hunger so profound that we were the walking dead, but that was not an excuse if you wanted to complete your training alive and unbullied. As long as we understood these unwritten rules, we all got along just fine. Well, maybe not the patients so much.

Mr. A was a young African-American man just into his twenties with advanced AIDS in the era where we did not know so much about this killer disease. All of us saw him in the hospital many times and we all feared to be his doctors because he was just mean. Walking into his room would be like stepping into the junkyard and that scraggly dog just running at its leash to sink his fangs into your flesh. No one knew what caused him to be so nasty; perhaps it was his diseases or his time he spent in jail or his drug habit. There were fights over who would go round on this patient when he appeared on our roster. And my team usually lost. And I was the scut monkey of the team in that year.

He was admitted this time by the team on-call the previous night with the complaint of headaches and trouble swallowing. We all went in together to exam him with our attending because he had some interesting neurological deficits. Probably, not so much interesting for a patient and, in fact, anything found “interesting”  by a group of doctors in training was probably very bad news for the patient.

Indeed, it turned out to be quite distressing news, the worst in fact. The MRI of his head and neck revealed an AIDS-related central nervous system lymphoma for which there was no treatment available at that time. This diagnosis essentially was a death sentence for him, despite whatever crimes he committed in the past.

We sat in the cafeteria in our section reserved for doctors at the long brown tables and ugly orange plastic chairs that we had sat on so many times by the time we completed our training. Discussing the case, our attending said that someone would need to go tell the patient the results. She looked toward the second year resident who was currently my senior and told him to do it. She did not tell him how to do it or what to say. The thought flashed through my mind that this should be an attending’s job; we should not be practicing telling patients they are going to die. I secretly suspected that she did not want to see this patient like all the rest of us.

My second year resident looked at me and without any hesitation told me to do it. Before, I could even consider any excuse, he walked briskly away and I knew it was now my job. I had never given a patient bad news before and really did not know what I should say.

In those days, hospitals had actual libraries with books that contained paper pages. I went there and studied the diagnosis. Yes, the team was right; he was going to die. I read the MRI report again in the hopes that I would find some hope to give him. There simply was none.

I sighed and stood up. Carrying the heavy green copy of Harrison’s Book of Internal Medicine and placing it carefully back on the shelf among the other reference books, I dredged slowly out of the hiding place wishing I could stay hidden but knowing there was no choice if I ever wanted to be a real doctor.

He was on the fifth floor and I remember this because I was too scared to take the elevator. The elevator pinged open as my heart sank to my ankles. Deciding to climb the stairs instead because I wished to slow down this death march, my heart sank lower and lower with each single stair. It seemed the brightness of the lights dimmed as well as my soul until finally I arrived on the fifth floor.

I opened the door leading into the empty corridor and walked to the nurses’ station. I grabbed the blue colored binder from its place that contained all his medical details from his current hospitalization. Studying the chart with obsessive scrutiny, I realized no one else was going to come help; I was on my own. Fear seized me, but not because I was afraid of this man any longer but because I emphasized with him. He was almost my same age and he was going to die. And I was the one who would have to tell him but I did not know how.

Entering the hospital room, he turned his head to look at me with fury in his eyes. Every fiber in my body strained to prevent me from turning around and running out of his presence. I picked up the chart and opened his chart to the dreaded report. I read the results to him much like a judge reads a prisoner the charges. I explained what a lymphoma actually was and that in this case there was no treatment.

“Am I going to die?” he asked with fear in his eyes, but looking into them I realized he already knew the answer.

“Yes”, I answered quietly as tears began their slow descent down my cheeks.

“Thank you”, he said with genuine appreciation in his voice. It was at that moment that I no longer considered him the mean patient but I loved him as a human being, someone like me. And left the room before the tears became a river on my face. On my escape, I ran straight into his mother and sister entering the room. They saw me and both started crying and I continued to leave. I just could not talk another word because I knew I would break down in grief.

My return to the library took a fraction of the time that I took on that journey to learn how to tell a patient he would die. On my way, I knew it was wrong for the task to have fallen on me, the least experienced person on the medical team. A person deserves more respect than that no matter who that person is. He may have been nasty but he was still human. As a patient, he deserved us to respect his humanity.

That day, I did not learn how to tell a patient that he was  going to die; that task has not gotten much easier over the years. Instead, I learned that it is easy to pass judgment and much harder to pass empathy. But, as doctors, we may be the last person a dying person ever listens to. And all of us should make that the best. I am sure this patient is now dead though I was not there when it happened. But, I will never forget him or the sincere expression of gratitude from “the mean patient”. Odd medical stories. The third one is jaw-dropping 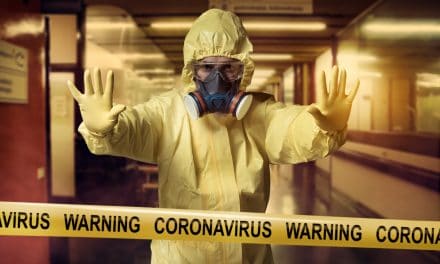