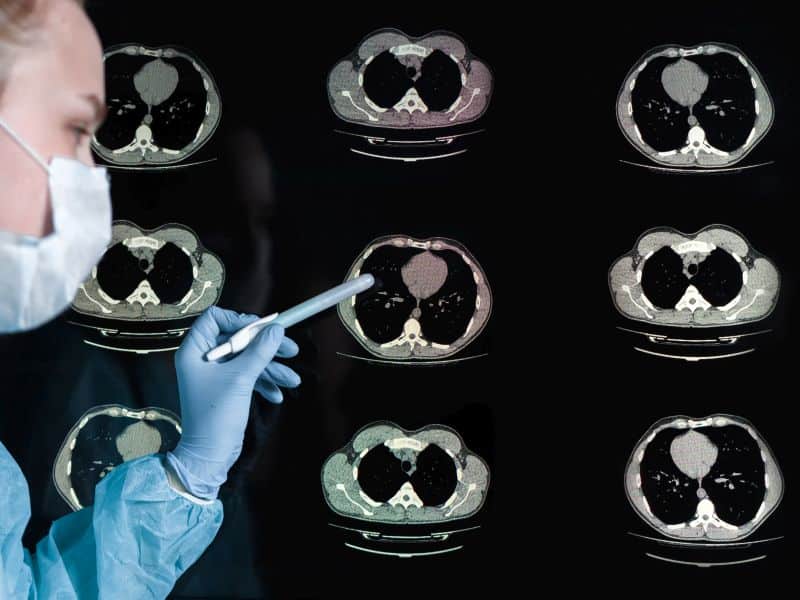 The following is the summary of “Treatment Patterns and Outcomes in Resected Early-stage Non-small Cell Lung Cancer: An Analysis of the SEER-Medicare Data” published in the December 2022 issue of Lung Cancer by West, et al.

As the landscape of non-small cell lung cancer (NSCLC) adjuvant evolves, the evaluation of patient outcomes and patters with the early-stage, resected NSCLC eligible for the adjuvant treatment in the clinical routine practice is required.

Out of 1,762 patients of primary surgery, the mean age was calculated for mean age, the male comprised 47.9%, white 83.9%, and the total was 73.8 years. About 41% of the adjuvant chemotherapy patients, the median time for surgery to adjuvant chemotherapy was 48 days. However, the most observed chemotherapy regimen was palitaxel+carboplatin (24.5%). In the total population, the OS was 76.7 months, and the median rwDFS was 24.8 months; 5-year OS rates and rwDFS were 57.5% and 29.3%, respectively. About 392 patients were diagnosed with a loco-regional recurrence.

Despite the clinical guideline recommendations, the rate of adjuvant chemotherapy for patients who resected eNSCLC was lower in the clinical practice. However, the patients with eNSCLC were observed with poor survival outcomes even with conventional primary surgery.