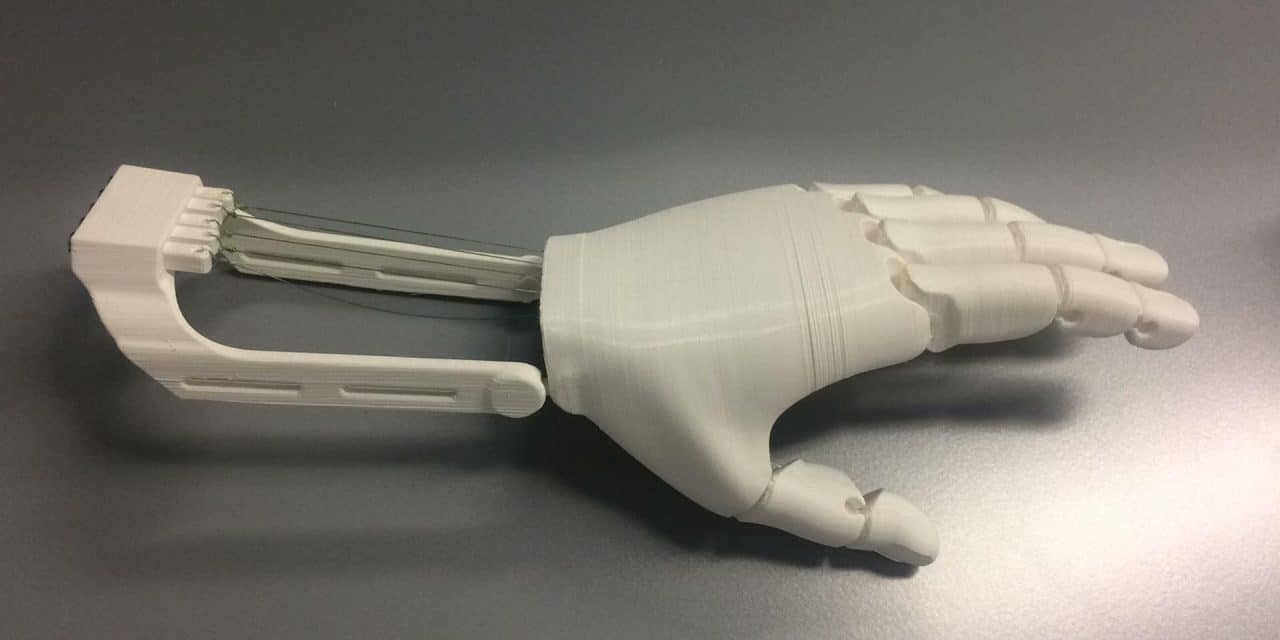 e-NABLE is a is an amazing group of individuals from all over the world who are using their 3D printers to create free 3D-printed hands and arms for those in need of an upper limb assistive device, including this 3D-printed hand.

We are exploring this field of 3D printing now as well. My friend and I are going to Sierra Leone overland by car (Netherlands – Belgium – France – Spain – Morocco – Mauritania – Senegal – Guinea – Sierra Leone). He will work as a tropical doctor and I will give him a “ride” in our Saab 9.5. I was looking for an opportunity to expand our 3D-printing knowledge to third-world countries. I found a project in Freetown (capital city), which I would like to support with a 3D printer, material, and knowledge (www.gmin.org). Therefore, I’m printing several prototypes of existing prosthetic hands (www.thingiverse.com) to see which will perform best in Sierra Leone.

A first version of a 3D-printed prosthetic hand was a very low-budget option.

Taking a closer look at the second version, you will notice that the extension of the fingers is performed by elastic bands, which is quite fragile. The thumb is also not placed in the ideal position to grab things.

At the moment, we are printing the third version; the elastic bands are replaced by elastic filament, which is more sustainable.

Keep a close eye on my twitter account to see the progression of a real, working 3D-printed prosthetic hand.