‘Chill out’ and tomb sweep at home, Taiwan says amid virus fears TAIPEI (Reuters) – Taiwan is promoting a “chill-out” approach to next week’s important tomb-sweeping festival, telling people they should stay home as much as possible and make their offerings online, a novel step in its coronavirus-control measures.

The tomb-sweeping, or Qingming, festival is one of the most important dates in the traditional lunar calendar, when people go to cemeteries to make offerings to their ancestors and ensure the graves are properly tended.

It is also a four-day weekend holiday for Taiwan, where many people take religious traditions very seriously. That increases the potential for large crowds at a time when the government is encouraging social distancing.

Speaking to reporters on Thursday, Lin Ching-chi, the Interior Ministry’s director of civil affairs, said this year they were encouraging “chill-out” tomb sweeping, in which people make their offerings online. If they must go to the cemetery, Lin said, they should limit or space out their trips.

Standing next to a cartoon image of a person sitting in the lotus position at home with a laptop on a coffee table, Lin said local governments were setting up websites for the virtual offerings.

“If you really want to meet your ancestors, you can do it online,” he said.

If you do have to go out in person, make sure it’s only one or two people, Lin added. “And we hope everyone doesn’t go on the same day.”

Some of the local government websites ask people to input details of the deceased person to track them in the system, and encourage people to write their ancestors a message.

Virtual flowers and candles for ancestors can be offered with a few clicks.

Taiwan has kept it virus numbers low so far in comparison with its neighbors, especially China, not only by the early deployment of its first-rate medical system but also by using an often witty online public health campaign.

Premier Su Tseng-chang has been a notable example of this, using his Facebook page to post humorous messages with serious content about how to prevent the virus, and what the government has been doing.

Taiwan has reported 252 cases so far, and two deaths. 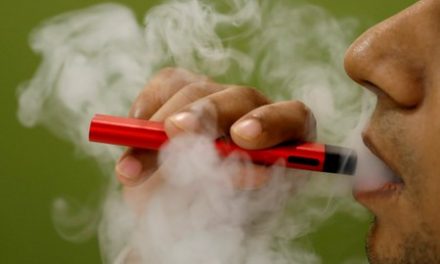