New research was presented at ACC 2017, the American College of Cardiology’s Scientific Sessions, from March 10th to the 12th in Orlando. The features below highlight some of the studies presented at the conference.

Few studies have explored whether testing for troponin T levels in the blood may help identify patients with heart damage after non-cardiac surgery who may require prompt life-saving treatment. Using a high-sensitivity troponin T test, study investigators recorded blood levels of the protein prior to and after surgery among more than 21,000 patients. They also looked at rates of major post-surgical complications. Patients with troponin T levels of 20 ng/L to 64 ng/L after surgery had a 3.0% overall risk of death, compared with a 0.1% risk that was observed among those with a peak troponin T level of 5 ng/L. About 18.0% of patients experienced a heart injury, and 93.0% of these injuries would have been missed without monitoring troponin levels.

Patients with hypertrophic cardiomyopathy are often instructed to follow conservative physical-activity restrictions due to a lack of randomized trials to help inform treatment decisions. For a study, patients with hypertrophic cardiomyopathy were randomized to a 4-month moderate-intensity exercise-training program or were told to partake in their usual exercise habits. The intervention was structured but unsupervised. Patients randomized to moderate-intensity exercise—such as brisk walking 4 to 7 days per week for a minimum of 30 minutes—experienced a small but significant increase in exercise capacity when compared with the usual exercise group. Moderate exercise did not trigger ventricular arrhythmia, sudden cardiac arrest, or appropriate defibrillator shock. No mortalities were recorded among participants.

Use of procedures to close the left atrial appendage at the time of cardiac surgery in patients with atrial fibrillation (AF) varies widely due to a lack of research supporting the safety and efficacy of such procedures. To address this research gap, a study team analyzed the health records of Medicare patients with AF who underwent CABG, aortic valve surgery, or mitral valve surgery in 2011 or 2012. Among those who had their left atrial appendage closed during their surgery as an add-on procedure, 1.6% were hospitalized for thromboembolism within 12 months. In comparison, 2.5% of those who did not undergo the add-on procedure experienced thromboembolism during this period. Closing the left atrial appendage was also associated with a 15.0% reduction in mortality rate and a 21.0% reduction in the composite endpoint of thromboembolism, hemorrhagic stroke, and death.

Small studies of closed loop stimulation—a pacing program designed to detect and stop the abnormal heart rhythms that precede syncope in patients with a pacemaker—have had varying results. Study investigators conducted a prospective double-blind placebo-controlled trial to determine if closed loop stimulation (DDD-CLS) can significantly reduce syncope when compared with a pacing program that does not respond to the contractions in the heart that precede syncope (DDI). Participants had experienced at least five syncope episodes during their life, including more than two in the past year. Four patients experienced syncope while receiving DDD-CLS, compared with 21 patients who fainted during DDI pacing.

Self-Expanding TAVR As Good As Surgery in Intermediate-Risk Patients

No Increase in Bleeding Complications with Rivaroxaban Post-ACS

No Benefit of Synthetic HDL-C on Arterial Plaque

No Evidence of Cognitive Issues When Evolocumab Added to Statin Therapy

Outcomes for Absorb Stent Acceptable at One to Two Years, with Caveats

Use of Levosimendan with Heart-Lung Machine Fails to Improve Outcomes

Heart Procedure Linked with Bleeding in the Brain, Neurological Impairment

Embol-X and CardioGard Do Not Reduce Overall Number of Brain Lesions, But May Affect Lesion Size 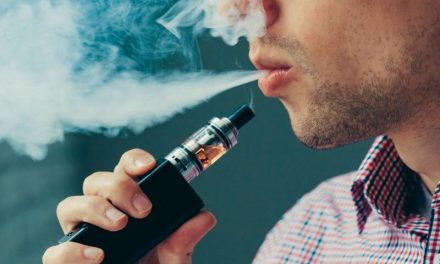