(Reuters) – Alnylam Pharmaceuticals Inc said on Thursday it might have to hold off on plans to seek an accelerated approval for its gene-silencing drug, which showed effectiveness in a late-stage trial based on early data.

Alnylam had initially planned to apply for an approval before the trial is completed early next year but it said in a conference call the U.S. Food and Drug Administration might ask the company to wait until the completion of the trial.

“It is possible the FDA could ask (the) company to wait another 6 months until the full data is released,” a senior executive told analysts in the call. The company said such a hurdle would push back the application process by four to six months.

The drug givosiran was being tested in people with acute hepatic porphyria, a family of rare diseases that affects the liver and causes debilitating attacks that render most disabled.

While there were no deaths in the trial, 22 percent of those on the drug reported serious side effects, versus 10 percent of patients on placebo.

The discontinuation of a patient due to elevated liver enzymes is a risk and the short wait time for the full date is a compelling reason for the FDA to not allow the company to seek accelerated approval, Morgan Stanley analyst David Lebowitz said in a client note.

However, Cowen analyst Ritu Baral is hopeful of an approval for the drug. “Today’s news does not change our very strong view on the acceptability of givosiran’s safety profile, its approvability or its chances of commercial success,” she said in a note.

There are no approved treatments for acute hepatic porphyria and Alnylam estimates about 1,000 patients in the United States have a severe form of the disease and about 5,000 suffer from less frequent attacks.

In the interim data published on Thursday, the company said patients who were administered givosiran showed significant reduction in aminolevulinic acid (ALA), a protein in urine.

High levels of ALA are considered to trigger an increase in “attacks” experienced by patients.

Alnylam did not disclose the extent to which givosiran affected patients or provide additional data on its safety.

Shares of the Massachusetts-based drug developer fell as much as 4.8 percent to $87.72 but pared its losses to trade marginally down at $90.49. 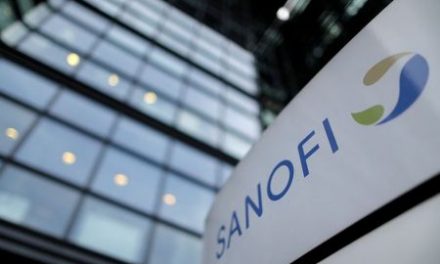