(Reuters Health) – Even as parenting by same-sex couples becomes more common in the U.S., many gay men and their families still experience discrimination and are stigmatized by relatives, neighbors, salespeople and other members of their communities, a study suggests.

Creating families has gotten easier over the years for gay men. Medical advances have made it possible for them to father children through surrogacy, and more adoption and foster agencies have encouraged them to become parents to non-biological children. And the U.S. Supreme Court legalized gay marriage nationwide in 2015, advancing legal parenting rights for same-sex couples with children.

But almost two-thirds of gay fathers experience stigma based on their status as homosexual dads, and half of them avoid situations out of fear of mistreatment or discrimination, the current study found.

Their children experience stigma, too. One-third of gay fathers said their kids were stigmatized by other children, and one in five dads said their children had avoided forming friendships out of fear of mistreatment or discrimination.

“Legal protections today are much more expansive than they were a decade ago, which in turn means that the stigma faced by gay fathers – and, by extension, lesbian mothers – should be less than in the past,” said Brian Powell, a sociology researcher at Indiana University in Bloomington who wasn’t involved in the study.

“But these protections are not universally provided across all states,” Powell said by email.

For the study, researchers surveyed 732 gay fathers with 1,316 children in 47 states.

Researchers ranked states based on how many legal protections they offered to gay parents that covered things like marriage, civil unions, domestic partnerships, adoption, child custody and anti-bullying policies.

Overall, about 35 percent of the families in the study were formed through adoption or foster care, 15 percent with the assistance of a pregnancy carrier or surrogate, and 39 percent through a heterosexual relationship.

Many fathers reported barriers to becoming parents. About 41 percent had difficulties with adoption and one-third encountered problems arranging custody of children born in heterosexual relationships.

Most participants were white, and it’s also possible that gay fathers from other racial or ethnic groups might report different experiences, Dr. Ellen Perrin of Tufts Medical Center in Boston and colleagues write in Pediatrics.

Even so, the results underscore that legalizing gay marriage in the U.S. hasn’t eliminated discrimination and stigma experienced by same-sex parents, said Julia Raifman, a researcher at the Boston University School of Public Health who wasn’t involved in the study.

“These findings suggest that stigma persists for gay fathers, who reported experiencing the most stigma in religious institutions, in restaurants, and from neighbors,” Raifman said by email. “In states with less equal rights, gay men who wish to become fathers may be less likely to be able to become a parent and those who do become parents are more likely to experience stigma directed toward them.” 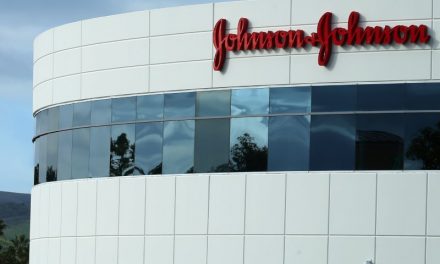