This Physician’s Weekly feature covering guidelines for heart health in diabetes was completed in cooperation with the experts at the American Diabetes Association.

Research has shown that patients with diabetes are at two to four times greater risk of suffering cardiovascular disease (CVD) events when compared with patients who do not have diabetes. Several mechanisms have been linked to the increased CVD risk in people with diabetes, including increased intracoronary thrombus formation, elevated platelet reactivity, and worsened endothelial dysfunction. “Aspirin has been shown to be effective in reducing cardiovascular morbidity and mortality in high-risk patients with heart attack or stroke,” explains Craig D. Williams, PharmD. “However, there has been some confusion surrounding the use of aspirin in patients who do not yet have CVD. That confusion is even greater among patients with diabetes.”

In 2007, the American Diabetes Association and the American Heart Association (AHA) jointly recommended that aspirin be used as a primary prevention strategy in patients with diabetes who are at increased cardiovascular risk. This patient group includes those who are older than 40 or who have additional risk factors, such as a family history of CVD, hypertension, smoking, dyslipidemia, or albuminuria. “These recommendations were derived from older trials that included fewer patients with diabetes,” says Dr. Williams. “We now have results from two recent randomized controlled trials—the Japanese Primary Prevention of Atherosclerosis with Aspirin for Diabetes and the Prevention of Progression of Arterial Disease and Diabetes trials—in which aspirin use was examined specifically in patients with diabetes. These studies provide important insights on the efficacy of aspirin for primary prevention in diabetes, but they have also stirred some controversy because findings were somewhat conflicting with previous recommendations.”

In light of new data, the American Diabetes Association, AHA, and the American College of Cardiology Foundation convened a group of experts to review and synthesize available evidence to update recommendations about the efficacy of aspirin for primary prevention in people with diabetes. Published jointly in the Journal of the American College of Cardiology, Diabetes Care, and Circulation in 2010, the new recommendations continue to strongly recommend low-dose aspirin for all patients who have previously had a heart attack or stroke. The update also indicates that low-dose aspirin therapy is a reasonable measure to prevent a first heart attack or stroke among people with diabetes who also have a high risk for CVD (Table 1).

Dr. Williams, who was a co-author of the guideline, notes that a key change from previous recommendations is the age at which patients with diabetes should receive low-dose aspirin as primary prevention. “People with diabetes who are eligible for low-dose aspirin therapy generally include most men over the age of 50 and most women over the age of 60 who have at least one additional risk factor,” he says. “Trials to determine whether aspirin can prevent a first heart attack or stroke in adults with diabetes have had mixed results. Overall, however, they suggest that aspirin modestly reduces the risk of CVD events.”

Another key update to the guideline is that some patients with diabetes are now not recommended to receive aspirin. “Low-risk patients—those who have a 10-year risk of a heart attack or stroke of less than 5%—should not receive low-dose aspirin therapy because their risks for bleeding likely outweigh any benefit,” Dr. Williams says. “The major adverse effects of aspirin therapy include intracranial and gastrointestinal bleeding. For low-risk patients, the potential benefits of aspirin are less likely than the potential harm brought on by increased bleeding rates.” The guideline also notes that scientific evidence to support aspirin therapy depends on underlying CVD risk. Patients with higher risk are expected to have greater benefits by taking aspirin, but the decision to use this therapy depends on the use of other treatments, including cholesterol-lowering agents, blood pressure control, and smoking cessation (Table 2).

Craig D. Williams, PharmD, has indicated to Physician’s Weekly that he has worked
as a paid speaker and has received grants/research aid from Merck and Co.

Effect of acupuncture on chronic bronchitis: A protocol for systematic review and meta-analysis. 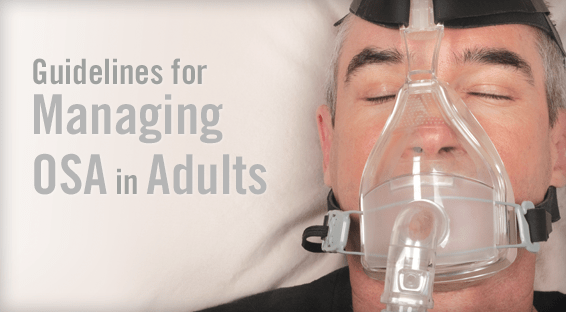 Guidelines for Managing OSA in Adults

“Now it is mostly done through stashes, to do it in person one has to trust you”: Understanding the retail injection drug market in Dnipro, Ukraine.

Extra-synaptic modulation of GABA and efficacy in bipolar disorder.