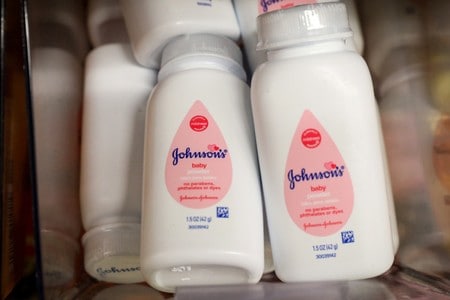 (Reuters) – The Missouri Supreme Court on Thursday halted an upcoming trial in a case brought by women who claim talc supplied by Imerys Talc America for use in Johnson & Johnson products gave them cancer, saying it wanted to consider a jurisdictional challenge by Imerys.

It is the second major talc case the Missouri high court has stayed in recent weeks on jurisdictional grounds. Both were in the St. Louis’ 22nd Circuit Court, which has issued several large verdicts against J&J and Imerys, including one for $4.7 billion in July.

The vast majority of the plaintiffs in the St. Louis cases are from other states, and the defendants have repeatedly challenged their right to sue in Missouri as opposed to their home states or in states where the companies are headquartered or have a substantial presence. J&J is based in New Jersey and Imerys, a unit of Imerys SA, is based in California.

In the case stayed on Thursday, which had been scheduled to go to trial on April 8, only two of the 24 plaintiffs were from Missouri.

The plaintiffs claim asbestos in Johnson’s Baby Powder and other cosmetic talc products caused their cancer, alleging that J&J and Imerys knew of asbestos contamination since at least the 1970s, but failed to warn consumers.

Reuters on Dec. 14 published a Special Report detailing that the company knew that the talc in its raw and finished powders sometimes tested positive for cancer-causing asbestos from the 1970s into the early 2000s – test results the company did not disclose to regulators or consumers.

J&J and Imerys, a unit of Imerys SA, deny those allegations and have repeatedly said decades of studies have shown their talc products to be safe and free of asbestos.

Mark Lanier, the plaintiff’s lawyer in the case stayed on Thursday, did not immediately respond to a request for comment. He also represented the plaintiffs in the $4.7 billion case, most of whom were also from outside Missouri.

J&J, which is a co-defendant with Imerys, said it had also asked to postpone the upcoming trial and its petition remained pending. The company declined comment on Thursday.

The Missouri Supreme Court previously stayed a talc case against J&J and Imerys that was due to begin on Jan. 21 on the same jurisdictional grounds.

A number of multi-million-dollar talc verdicts against J&J and Imerys in the St. Louis court have been thrown out following a 2017 U.S. Supreme Court decision limiting state courts’ jurisdiction over claims by non-residents against out-of-state companies.

However, the St. Louis trial court has allowed many out-of-state plaintiffs, including most of those who won the $4.7 billion verdict, to proceed based on state ties the defendants say are tenuous. That verdict is now under appeal at an intermediate court.