(This February 4 story corrects location in fourth paragraph to Houston)

(Reuters Health) – Just one in 20 U.S. children and teens gets the amount of sleep, exercise and screen time that doctors recommend for optimal health, a new study suggests.

Children and teens are supposed to get at least one hour of moderate to vigorous physical activity each day and limit screen time to less than two hours. Kids ages 6 to 12 old also need 9 to 12 hours of sleep, while teens need 8 to 10 hours nightly.

Too little sleep or exercise, or too much screen time, can increase their risk of chronic health problems. These include obesity, mental health issues like anxiety and depression, poor academic achievement and unhealthy behaviors like smoking and drinking, the study team notes in JAMA Pediatrics.

Taken in isolation, these recommendations have been hard for many children and teens to achieve and doctors have long been aware of this problem, said lead study author Gregory Knell of the University of Texas Health Science Center in Houston.

“Our study, however, analyzed the prevalence of meeting ALL three of these recommendations simultaneously,” Knell said by email. “This is important because there is evidence that not spending the optimal time in all three behaviors has a stronger effect on health outcomes than not spending the optimal time in any one of the behaviors, independently.”

Overall, just 3 percent of girls and 7 percent of boys spent the optimal time sleeping and being physically active while limiting screen time.

Compared to participants age 14 or younger, 16-year-olds were 23 percent less likely to get the right amounts of sleep, exercise and screen time, while 17-year-olds had 46 percent lower odds.

The study wasn’t designed to examine why young people fail to get enough sleep or exercise, or why they spend too much time staring at screens. And, it’s also not clear from the study whether the failure to meet all three targets was due to missing just one recommendation or all of them.

“Likewise, if someone is already overweight, then it could make it more difficult to exercise vigorously,” Gangwisch said by email. “Lack of adequate physical activity also makes it harder to get sufficient sleep.”

The study also was not designed to prove whether or how failing to meet all three targets might directly impact physical or mental health.

Still, the results suggest that many parents have more work to do to encourage kids to get enough rest and exercise and spend less time staring at screens, said Asheley Skinner, a researcher at Duke University in Durham, North Carolina, who wasn’t involved in the study.

Schools may also be part of the problem, because they start too early to allow teens to get enough sleep, Skinner said by email.

“Sleep and physical activity are two pillars that should not be sacrificed in childhood,” said Jonathan Mitchell of the Children’s Hospital of Philadelphia and the University of Pennsylvania.

“Too often sleep is sacrificed to accommodate other activities,” Mitchell, who wasn’t involved in the study, said by email. “Parents and teens need to think more carefully about daily routines that allow for sufficient physical activity and nighttime sleep – cutting out screen time and setting bedtimes can help.” 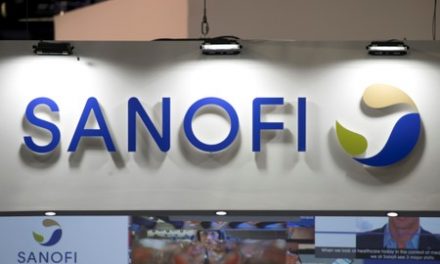 Novartis new MS drug Mayzent to be priced at $88,000 per year