ZURICH (Reuters) – Novartis is exiting drug discovery at its Shanghai site and shifting its focus to drug development, saying accelerating approvals in China are pushing the Swiss company to dedicate the operation’s resources to getting its medicines to market.

The move marks an about-face from just three years ago, when Novartis had christened the $1 billion campus as its Chinese hub for early-stage research.

About 150 of the more than 1,000 Shanghai staffers will lose their research jobs, while Novartis plans to add 340 new positions to develop up-and-coming drug prospects over the next four years, a period in which it expects to file 50 new drug applications with China’s regulator.

The changes, first reported by website Fierce Biotech, were confirmed by Novartis, which said Shanghai’s role in coming up with new molecules would now be replaced by developing drug prospects, including early clinical development and trials, for the fast-growing Chinese market.

“The Chinese government’s ongoing commitment to regulatory reform and improving access to medicines is opening new opportunities for Novartis,” the Basel-based drugmaker said in a statement on Monday.

“We have decided to focus our R&D activities in Shanghai on expanding the scale and scope of our early clinical development and later stage clinical trial operations to accelerate the development of new medicines,” it said. “As a result, we will exit early discovery research at the site.”

Research operations at the company’s Swiss headquarters, near Boston, and in California would continue.

The suburban Shanghai campus was finished in 2016, when former Chief Executive Joe Jimenez hailed its role in concentrating on diseases common in China. Jimenez has since been replaced by CEO Vas Narasimhan, while Jay Bradner, Novartis’s research head, has also been active in moving operations and paring activities.

Novartis is among western companies benefiting from faster approvals and uptake of medicines in China. 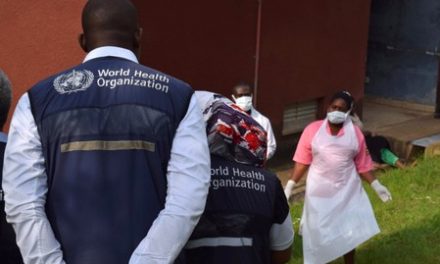 Ebola not known to be spreading in Uganda: WHO