“Even changes as small as $50 a month can make a difference,” said coauthor Dr. Brian Callaghan, a staff physician at the Michigan Veterans Affairs Healthcare System. And as out-of-pocket costs increase, fewer and fewer people stick with their prescribed treatments, he added.

Past research has also shown that patients with multiple sclerosis were more likely to cut back on medication when out-of-pocket costs rose, Callaghan noted.

While $50 per month may not seem like a large amount, many patients aren’t just taking one medication for one problem, Callaghan said. “Most older Americans are on at least a handful of medications,” he added. “This is becoming a bigger and bigger issue.”

Callaghan and colleagues analyzed 15 years’ worth of information in a private insurance claims database, focusing on 19,820 patients with Alzheimer’s disease, 3,130 with Parkinson’s disease, and 57,495 with peripheral neuropathy, a condition in which nerves in the hands and feet are damaged resulting in weakness, numbness and pain.

For each condition, pairs of drugs were compared. While the effectiveness and side effects of each drug in the pair were similar, one came with a higher out-of-pocket cost. For example, the average out-of-pocket cost in 2016 for a 30-day supply of the Alzheimer’s drug rivastigmine was $79.30, compared to $3.10 for donepezil.

The researchers looked at how many days’ worth of the drugs were supplied to each person in the first six months after it was prescribed to them.

They found that $50 increases in out-of-pocket costs for Alzheimer’s drugs were associated with a 12% lower rate of prescriptions being filled. Similarly, a $50 increase in costs for peripheral neuropathy drugs led to a 9% lower rate of prescriptions getting filled. They didn’t find a statistically meaningful difference in results for Parkinson’s drugs.

The impact of out-of-pocket costs was even larger among Asian, black and Latino patients.

Dr. Peter Muennig wasn’t surprised by the findings. It’s just basic economics, said Muennig, a professor of health policy and management at Columbia University’s Mailman School of Public Health in New York City. “If you increase the cost, demand will fall,” he said.

Health insurance companies raised deductibles, co-pays and co-insurance in attempts to bring healthcare costs down, Muennig said in an email. “There is a trend in the U.S. health system to ask patients to have more ‘skin in the game,’ meaning that they need to be more careful consumers. This study shows what is an obvious flaw in this philosophy: increasing out-of-pocket costs means less care.”

Raising out-of-pocket costs just puts needed medications out of the reach of patients, said Dr. Albert Wu, an internist and professor of health policy and management at the Johns Hopkins Bloomberg School of Public Health in Baltimore.

“The market has not produced a solution for this problem – in fact, it has only gotten worse,” Wu said by email. “Spiraling drug costs have become a crisis for people with chronic conditions. This is a problem that can’t wait. Policy makers need to find a way to make essential medications affordable for all that need them.” 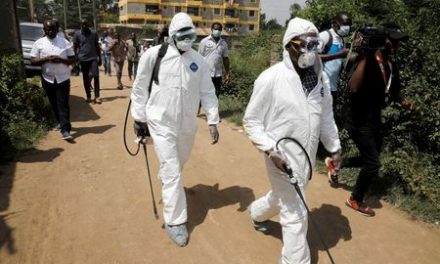