Physicians Must Meet Patients Where They Are, on Social Media 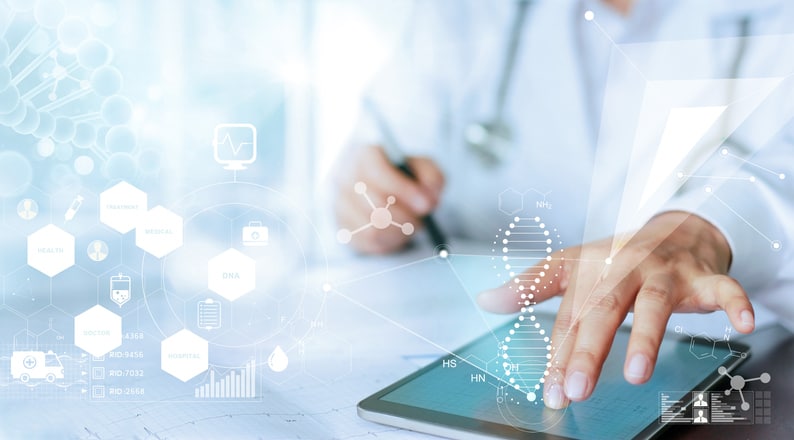 It is rare to see evidence-based physicians with significant followings across social media, and that kind of doctor shortage is posing a serious risk to patients’ health.

A new survey from the American Osteopathic Association found that expanding physician voices into social media is not only desired by patients, but should also be encouraged by the industry. Not surprisingly, the absence of qualified healthcare voices online has led to misinformation that confuses, and at times even harms, patients.

Generally, the discussion on the relationship between social media and health concentrates on the negative consequences of using social networks. A simple web search of “social media and health” brings up a barrage of articles tying social media use to everything from anxiety to addiction to suicide. While the examination of these topics is critical and overuse is a concern, this is not where the conversation should end.

As a practicing family medicine physician with a social media reach of over 5 million followers, I can attest to the missed benefits and true harms that come from a scarcity of physicians publishing on social media. To understand the magnitude of the issue, we have to look at some research.

People naturally seek information via the internet. In fact, eight out of 10 Internet users seek health information online, among whom 74% use social media. With almost one-half of the world’s population logged on, that is an incredible demand for health information.

Not only do a sizable majority of people search the web to learn more about their health, it appears that they are using that information to make tangible changes. Nearly one-third of Americans (32%) have taken an action related to their health as a result of social media. That’s a dangerous reality considering the number of unqualified sources with loud voices.

Too often, I find my patients obsessing over “miracle” weight-loss supplements or following the latest celebrity crash diet. These are dangerous ploys that can derail a patient from healthier—more substantiated—plans of action.

This Should Be a Wake-up Call for Healthcare Professionals

Social media has given us the relatively untapped potential to positively influence billions of people by battling this misinformation. While it might seem like a nebulous and onerous task, there are two aspects to the fight.

First, on the battlefield itself, physicians can proactively combat the spread of false science by publishing evidence-based information on social media. Second, in our offices, we must talk with patients about information they’ve uncovered online. Exerting influence is an integral part of being a competent physician, so it is only right that we expand this influence into the social media realm.

While I advocate for physicians to embrace social media and connect with patients and non-patients alike, I do not believe social media is a medium for direct medical care. Advising on a patient’s individual condition is very different from discussing that condition in general. This is a thin line that must be continually readdressed, but it is certainly not one that should discourage dedicated physicians from disseminating valuable information. Without qualified physicians, the gap is instead filled by anxiety-inducing, often un-validated sources of information.

I used to consider the absence of quality physicians online merely a problem of missed opportunity. Now I’ve realized it is much more than that.

If misinformation has the power to call in to question the validity of something as grand as an American presidential election, it certainly has the power to influence our patients’ everyday health decisions. The healthcare industry as a whole needs to advocate for more education and focus on this burgeoning global communication platform. Dr. Mikhail Varshavski, better known as “Dr. Mike,” is a primary care physician at Chatham Family Medicine. He believes in preventive care and in educating individuals on how small lifestyle changes can make a big impact on quality of life as well as health outcomes. Dr. Mike has expanded his influence as a physician far beyond the walls of his practice. Through his rapidly-growing social media presence, Dr. Mike motivates, inspires and advises millions of followers and fans. His social media posts, YouTube channel, face-to-face encounters, speaking engagements and appearances on network news shows — which includes ABC’s Good Morning America and Nightline – all prescribe a healthy dose of honest medical advice. His work raises awareness on a broad range of health issues and offers tips on how to reduce cancer risks, improve nutrition, incorporate exercise, apply new ways to reduce stress, and, in general, learn how to live a better life.