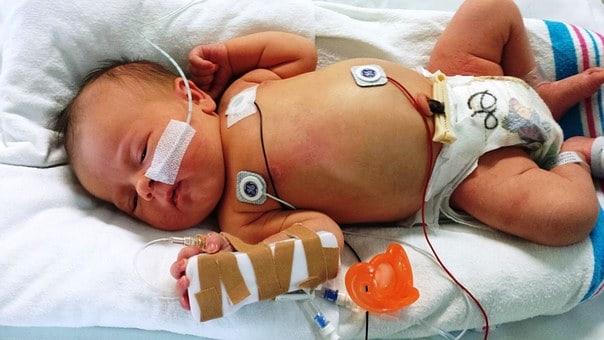 The following was originally posted by PW blogger Jasmine Marcelin, MD, to the University of Nebraska Medical Center Division of Infectious Diseases blog.

The following was previously posted by Dr. Marcelin to SHEA Journal Club published online in January 2019.

In the inpatient setting, much of the broad-spectrum antibiotic prescribing occurs in the context of the sepsis syndrome, where uncertainty leads to overly broad empiricism. Development of antibiotic-resistant Gram-negative rods (high-risk GNRs) may complicate empiric treatment choices, and in the pediatric population, delay in appropriate treatment can have a serious impact on morbidity and mortality. However, in some pediatric sepsis cases, bacteria may not even be the cause of illness, and antibiotics may be unnecessary.

Their institution’s baseline prevalence of these organisms was 25%. They used previously described cohorts from 2004 and 2007 for model derivation and created a new cohort for model validation (2014-2015) – both cohorts had over 500 infection episodes. Their previous study had established 10 candidate risk factors for high-risk GNRs, and the main outcome variable of this study was growth of any high-risk GNR from the sites sampled in individuals predicted to have growth.

Using a multivariable logistic regression, they examined variables that fit the model with at least a 95% sensitivity cutoff, and six factors fit in the model: hospitalization>48hrs, hospitalization within 4weeks, recent antibiotics, chronic lung disease, residence in chronic care facility and previous growth of high-risk GNRs. They then validated this in the second cohort, where individuals were considered high risk if they had one or more of the identified risk factors. The sensitivity was 96.4% and specificity 48% in the derivation cohort, and 93% and 51% respectfully in the validation cohort, with negative predictive values over 90% in both cohorts.

The size of the study and the pediatric focus are strengths, however, there was only an 8.5% relative risk reduction in unnecessary antipseudomonal antibiotics using six risk factors, as compared to without the model, using 10 factors. The risk factors that they identified are easily obtained, however may themselves not be independent of each other. Additionally, both groups had low baseline PRISM III scores, indicating that perhaps both groups of children were not as critically ill. A baseline high-risk GNR prevalence of 25 percent is alarmingly high and makes generalizability difficult without first doing a similar prospective study across multiple centers.

Real-world effectiveness of rotavirus vaccines, 2006-19: a literature review and meta-analysis.

Potential Indirect Effects of the COVID-19 Pandemic on Use of Emergency Departments for Acute Life-Threatening Conditions – United States, January-May 2020.