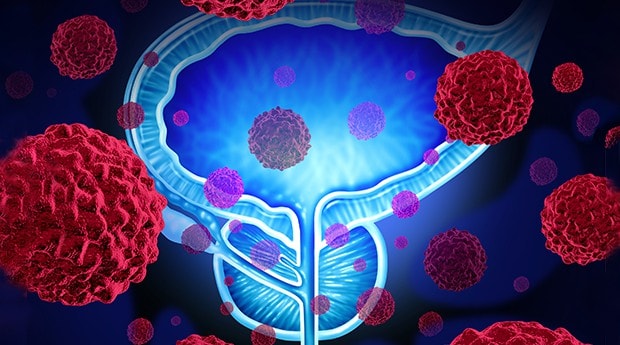 The studies, published in the October 12 issue of JAMA Oncology, suggest that men who inherit this variant would benefit from a personalized treatment plan that targets specific hormonal pathways.

The research teams, led by Nima Sharifi, M.D., of the Cleveland Clinic Lerner Research Institute, studied the role of the HSD3B1(1245C) genetic variant in two different prostate cancer patient populations, following androgen deprivation therapy (ADT). ADT works by blocking prostate cancer’s supply of male hormones in the testes. It is a cornerstone treatment for recurrent prostate cancer, but it often stops working, allowing cancer to progress and spread. In 2013, Dr. Sharifi discovered that prostate cancer cells with the genetic abnormality survive ADT by producing their own androgens.

In the first new study, Dr. Sharifi and colleagues from Memorial Sloan Kettering Cancer Center, Harvard/Dana-Farber Cancer Institute and University of Michigan Comprehensive Cancer Center analyzed 213 men whose prostate cancer recurred after radiation therapy and underwent ADT. They found for the first time that following radiation and ADT, prostate cancer was much more likely to spread — and spread rapidly — in men who had the HSD3B1(1245C) variant.

The second study, performed in collaboration with researchers at University of California San Francisco, examined a group of 90 men with metastatic cancer that had become resistant to ADT. These patients were subsequently treated with the drug ketoconazole, which blocks the production of androgens outside of the testes (e.g., those developed by prostate cancer cells that are evading ADT treatment).

Chemopreventive effects of nanoparticle curcumin in a mouse model of Pten-deficient prostate cancer.

Many Not Receiving Guideline-Concordant Tx for Lung Cancer