(Reuters Health) – Some older drivers with chronic health problems may cut back on driving but still be at increased risk of crashes, a recent study suggests.

Meanwhile, other drivers with medical issues may also be at higher risk yet not cut back on how often they drive or how far, the study also found.

“We already know that driving abilities are affected by the aging process,” said Junaid Bhatti, a Toronto-based scientist specializing in injury prevention research who wasn’t involved in the study.

Those conditions include hearing problems, joint and muscle disorders, and depression, anxiety and stress, the study authors found.

These results matter because the number of elderly drivers on the roads has been rising and is expected to continue growing, as baby boomers age and live longer than people did a generation ago, researchers note in Injury Prevention.

As elderly adults remain mobile despite chronic health problems, it increasingly falls to individual drivers and their families or physicians to determine when they might have limitations that make it unsafe for them to drive.

The study team examined data on 12,460 drivers to see who got in crashes, what common health problems they had, and whether they cut back on driving or stopped driving altogether for medical reasons. Drivers ranged in age from about mid-50s to 70 at the start of the study. The researchers tracked them from 2007 to 2014.

During that period, the proportion of drivers who reported at least one crash in the previous year climbed from 2.8% to 3.2%.

The most common health problems included back and neck pain, afflicting about one-third of the participants, followed by joint and muscle disorders at about 31%, high blood pressure at 20%, hearing disorders at 19% and sleep difficulties at 11%.

The study wasn’t designed to prove whether or how specific health problems might directly affect driving ability or the risk of crashes.

Researchers also didn’t know whether drivers reduced the distances or amount of time they spent behind the wheel because of medical conditions or because of other reasons, said study leader Juan Naredo Turrado of the INSERM Bordeaux Population Health Research Center in France.

“The main take-home message is that we identified a small number of conditions for which adaptations in driving behavior proved insufficient to compensate the increased risk of crash,” Naredo Turrado said by email. “This is the case for hearing impairment, joint disorders, and depression, anxiety and stress.”

Family members of elderly drivers may need to keep an eye out for any signs of unsafe driving, including an inability to share the road, an increase in near misses that could have been collisions, and any unexplained dents or scratches on the car, said Ediriweera Desapriya, a researcher at the University of British Columbia in Canada who wasn’t involved in the study.

“When chronic age-related conditions affect safe driving ability, older adults are faced with the difficult decision of whether or not they should continue to drive, and how they might modify their driving to improve their safety when on the road,” Desapriya said by email. “It’s important that primary care physicians and family members monitor their older-driver patients and have a supportive and ongoing discussion about their driving.” 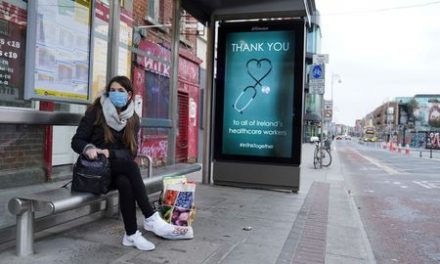 Famine as a fetus linked to early menopause