Small RNA molecules originally developed as a tool to study gene function trigger a mechanism hidden in every cell that forces the cell to commit suicide, reports a new Northwestern Medicine study, the first to identify molecules to trigger a fail-safe mechanism that may protect us from cancer.

The mechanism — RNA suicide molecules — can potentially be developed into a novel form of cancer therapy, the study authors said.

Cancer cells treated with the RNA molecules never become resistant to them because they simultaneously eliminate multiple genes that cancer cells need for survival.

“It’s like committing suicide by stabbing yourself, shooting yourself and jumping off a building all at the same time,” said Northwestern scientist and lead study author Marcus Peter. “You cannot survive.”

The inability of cancer cells to develop resistance to the molecules is a first, Peter said.

“This could be a major breakthrough,” noted Peter, the Tom D. Spies Professor of Cancer Metabolism at Northwestern University Feinberg School of Medicine.

Peter and his team discovered sequences in the human genome that when converted into small double-stranded RNA molecules trigger what they believe to be an ancient kill switch in cells to prevent cancer. He has been searching for the phantom molecules with this activity for eight years. 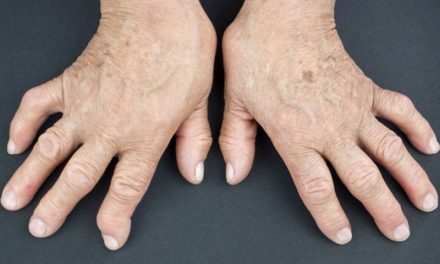 Higher Prevalence of Arthritis Among US Adults