Supermarkets near home, fast-food along commute tied to obesity

(Reuters Health) – People with more supermarkets and grocery stores close to home and workers who pass more fast food restaurants on their commute have higher odds of being overweight or obese, a U.S. study suggests.

To see how the food-purchasing options that people encounter every day might impact their likelihood of gaining too much weight, researchers mapped out home and work addresses for 710 adults in and around New Orleans as well as all the supermarkets, smaller grocery stores, fast food restaurants and fancier dining establishments near these locations and along their commuting routes.

As expected, people who passed more fast-food restaurants during their commute had higher body mass index (BMI, a measure of weight relative to height) than those who encountered fewer outlets.

Surprisingly, people who had more supermarkets – the bigger retailers that typically have a wider variety of fresh produce – and smaller grocery stores near home had higher average BMIs than people who had fewer places to purchase groceries, the study also found.

This suggests that the ready availability of unhealthy food is part of the problem, but so are people who bypass the produce aisles to grab junk food and frozen dinners.

“Unfortunately, customers’ preferences are the main problem,” said Adriana Dornelles, author of the study and an economics researcher at Arizona State University, Tempe.

“The trap of the quick-cheap-easy meal has become a norm among Americans,” Dornelles said.

Although there is growing evidence that the distribution of food retailers and restaurants can impact individual eating habits, much of this research has focused only on residential neighborhoods and concentrated either on exclusively urban or rural communities, Dornelles writes in PLoS ONE.

In the current study, participants lived in three New Orleans parishes – Orleans, Jefferson and St. Charles – that include a mix of housing density.

Trained examiners measured participants’ height and weight to calculate BMI during physical exams; the average BMI was 29.4, which is considered overweight and on the verge of obese.

There was no meaningful connection between BMI and the number of fast food establishments near participants’ homes.

BMI also didn’t appear to be influenced by the number of restaurants, supermarkets or grocery stores near where people worked.

One limitation of the analysis is that it didn’t look at what foods people actually bought or ate, or how often they frequented different types of restaurants or retailers. The study also mapped commutes based on the fastest route from homes to workplaces, and it’s possible some participants took different routes.

Even so, the results offer fresh evidence that what’s available to eat close to where people spend their time, can impact eating habits and obesity, said Tamara Dubowitz, a food policy researcher at RAND Corporation in Pittsburgh, Pennsylvania, who wasn’t involved in the study.

“Being conscious of the way in which our environment makes it difficult to be healthy, and trying to put ourselves in environments that are health-promoting, whatever and wherever that environment is – is something that we can all take home and learn from,” Dubowitz said by email. 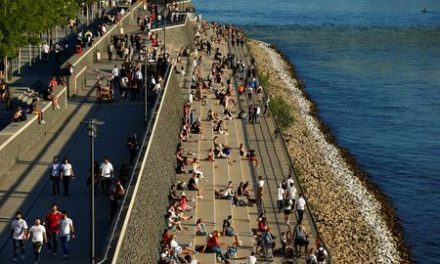