Tired of delays, U.S. labs ask FDA to develop their own coronavirus tests

CHICAGO (Reuters) – U.S. state and local public health laboratories are seeking permission from the Food and Drug Administration to create their own tests for the new coronavirus as manufacturing and regulatory issues continue to delay access to testing capabilities.

As of Monday, only five U.S. states – California, Illinois, Nebraska, Nevada and Tennessee – have the capability to test for the virus, according to the Association of Public Health Laboratories (APHL).

The request follows continued delays in getting access to a test developed by the U.S. Centers for Disease Control and Prevention, which was granted an Emergency Use Authorization by the FDA earlier this month. The FDA grants such approvals in the event of public health emergencies to speed access to needed tests or drugs.

The CDC said in a news briefing last week that the agency is still handling the bulk of testing for the coronavirus as it works out issues with test kits sent to states.

After receiving the tests, some labs discovered they produced inconclusive results, and they have been waiting for replacement tests as the CDC has been trying to work out those issues, said Scott Becker, APHL chief executive officer.

The CDC and FDA did not immediately respond to emails seeking comment.

Becker said it is not clear when the new test kits will arrive.

“We’re weeks and weeks into this response and the desire is to begin community-based surveillance and make sure we have the diagnostics as close to the population as possible, and we’re not there,” he said.

The World Health Organization has cited expanded diagnostic capacity as a critical component to containing the fast-spreading virus, which has spread to some 29 countries and territories outside of China, killing about two dozen, according to a Reuters tally.

(Reporting by Julie Steenhuysen in Chicago, Additional reporting by Trisha Roy in Bengaluru; Editing by Shounak Dasgupta and Dan Grebler) 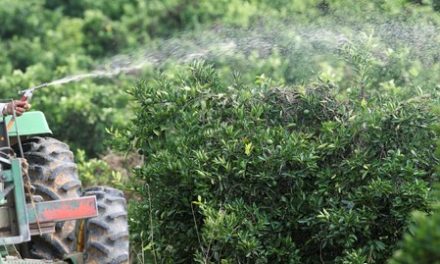 Ban on glyphosate would be ‘disaster’ for Brazil agriculture: minister