(Reuters Health) – Social media bots are promoting cannabis as a remedy for everything from cancer to insomnia and foot pain, according to an analysis of posts on Twitter.

“Social bots regularly perpetuate unsubstantiated health claims on the platform, providing one example of how false statements may drown out solid science on social media,” said lead study author Jon-Patrick Allem of the Keck School of Medicine at the University of Southern California in Los Angeles.

“I want the public to be aware of the difference between a demonstrated, scientifically backed piece of health information and claims that are simply made up,” Allem said by email. “Currently, cannabis is only approved for medical use by the U.S. Food and Drug Administration in a small number of instances, including to help with chemotherapy-induced nausea and vomiting, with appetite stimulation in conditions like AIDS or HIV that cause weight loss, and with the management of two forms of pediatric epilepsy.”

Despite legalization, cannabis is not risk-free, the study team notes. Serious health problems associated with the drug include impaired short-term memory, reduced attention, impaired coordination and sleep problems, they point out. Regular cannabis use can also lead to an increased risk of dependence as well as addiction to alcohol or other drugs.

To assess how Twitter posts may be shaping public perception of the benefits or risks associated with cannabis, researchers sifted through millions of tweets to select a subset of more than 60,000 from almost 48,000 different users who didn’t appear to be bots. They also looked at almost 9,000 tweets from roughly 2,900 users that did appear to be bots.

The study team then coded the tweets into 12 categories, including mentions of first-time use, health and medical, legality, processed products such as edibles and using cannabis in conjunction with alcohol, painkillers and psychedelics.

About one third of the tweets involving cannabis from non-bots involved users “tagging” the drug, or identifying it in a photo or post, the analysis found.

Cannabis use was a topic in about 12% of posts that weren’t generated by bots, with about 3% of these involving first-time use of the drug.

Almost 6% of the posts that didn’t come from bots involved medical uses of the drug, which was described as helping cancer, plantar fasciitis, Crohn’s disease, sleep, pain, anxiety, depression, trauma and PTSD.

The next most common posts involved legality of the drug or posts about where to buy or sell cannabis.

In contrast, bots were less likely to tag cannabis in posts or discuss personal cannabis use.

But bots appeared about twice as likely to mention health and medical uses for cannabis as non-bots.

The study only looked at Twitter, and results may not reflect what’s happening on Facebook or other social media platforms, the study team notes.

Even so, the snapshot of posts about cannabis suggests that misinformation is widespread, Allem said. That’s because about one in four adults and one in three teens are regularly on the platform, he said.

“Posts to Twitter can be treated like a massive focus group allowing researchers to understand the social and environment context people use (or would like to use) cannabis,” Allem added.

“The organic, naturally occurring conversations we captured showed that the public often mentions initiation with cannabis, cannabis use along with other substances, and the perceived health benefits of cannabis use,” he continued. “If a Twitter user is perusing their feed and seeing a lot of posts with unsubstantiated health claims, these posts may resonate with that person and lead to offline attitude and behavior change.” 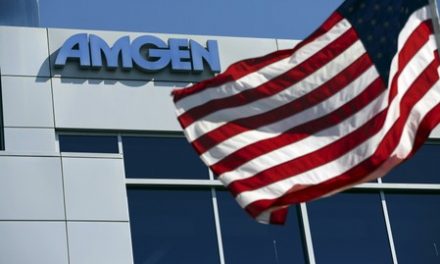