NEW YORK (Reuters) – As America converts itself into a nation of shut-ins, one group appears to be less interested than others in following the ever-lengthening list of health tips aimed at slowing the spread of the coronavirus pandemic: men.

According to a March 18-24 Reuters/Ipsos poll, U.S. men are clearly taking the coronavirus less seriously than women, who are more likely to support aggressive steps to combat the virus, as well as take personal, proactive measures such as avoiding physical contact and washing their hands more often.

And while U.S. men are nearly as likely as women to say they are familiar with the virus that has killed more than 1,100 Americans, the national poll of nearly 4,500 American adults found that they were more likely to dismiss its potential to hurt them.

This gender gap is woven throughout American society: it is clear among men and women of the same race, political persuasion and community type.

For example, 54% of women said they were “very concerned” about the virus compared with 45% of men.

Women were also much more likely to make big changes to their daily routines, according to the poll, which showed 73% of women reported washing their hands more often and using disinfectants more frequently, compared with 60% of men.

Mieke Beth Thomeer, a sociology professor at the University of Alabama at Birmingham, said women tend to be disproportionately responsible for “kinkeeping” such as checking on parents and grandparents whose health is now at risk.

“They are more likely to call their grandmother at the nursing home or have to figure out what store to go to to find toilet paper, or figure out future meals based only on what’s currently in the pantry,” Thomeer said.

“Then added to this, is that women do more childcare to begin with, and so the closing of schools is more impactful – and more likely alarming – for women.”

When respondents were asked what the U.S. government should do to slow the spread of the virus, women were more likely than men to support some of the most aggressive restrictions, such as nighttime curfews, bans on public gatherings, and halting all public transportation and overseas flights.

For example, 58% of women supported closing all public schools, compared with 52% of men.

A sizable minority of men appeared to be more cavalier than women about the potential of the coronavirus to harm them.

Twenty-five percent of men said they “strongly agree” that people are “unnecessarily panicking”, compared with 18% of women.

Similarly, men are more likely than women to strongly agree that the media is creating panic about something that “isn’t really a big deal for most people.”

As U.S. authorities tell residents to stay at home and limit all but essential healthcare, the directives aimed at saving lives have hit women particularly hard, according to patients and healthcare providers.

While about the same number of men and women said they were familiar with the novel coronavirus that causes COVID-19, men were less likely to show they understood how it spreads.

The virus has infected people in all 50 states, with at least 82,000 positive cases so far recorded, the highest number in New York state, followed by New Jersey then California.

Sara Mohr, 22, of Mountain View, California, told Reuters in an interview that her boyfriend’s idea of stockpiling medicine was handing her two packs of DayQuil cold and flu capsules and telling her, “We’re fine.”

“Does social distancing include changing the locks so I don’t have to come into contact with my boyfriend who is not taking the Coronavirus as seriously as me?” Mohr mused on Twitter two weeks ago.

Celia Gisleson, 24, of Fort Lauderdale, Florida, said she has had to get back to basics with her boyfriend, including showing him that washing hands also means washing his thumbs.

“I clean and wipe down everything and for him, he’s just kind of like, ‘It’s fine, it is what it is,'” she said.

(Reporting by Chris Kahn; Additional reporting by Amanda Becker in Washington and Elizabeth Culliford in London; Editing by Soyoung Kim and Daniel Wallis) 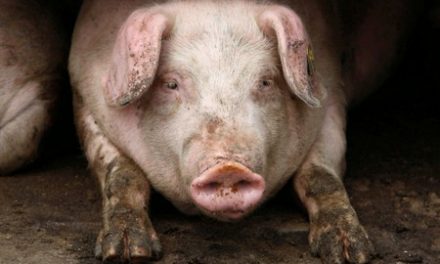