CHICAGO (Reuters) – A new vaccine for the dengue virus is taking a potentially risky road to prevent the mosquito-borne disease that infects nearly 400 million people each year.

Takeda Pharmaceutical Co Ltd plans to seek approval for the experimental vaccine first in countries where the virus is endemic, rather than starting with the United States or Europe, whose rigorous reviews are often used as a benchmark worldwide, company executives told Reuters.

The strategy mirrors one used by Sanofi SA, which licensed the world’s first dengue vaccine, Dengvaxia, in endemic markets in 2015 before attempting to get approval from Western regulators, and forecast up to $1 billion in annual sales.

But the drugmaker failed to hit that target. In late 2017, Sanofi disclosed that Dengvaxia could increase the risk of severe dengue in children who had never been exposed to the virus, triggering a government investigation in the Philippines where 800,000 school-age children had already been vaccinated.

Fallout from Sanofi’s vaccine has raised the bar for demonstrating the safety of future dengue vaccines.

Takeda officials are banking on a different result, hopeful that their approach will help avoid the setbacks that Sanofi experienced.

On Tuesday, Takeda said its vaccine was effective at preventing all four types of dengue, meeting the main goal of its late-stage clinical trial. The company said no significant safety concerns have emerged, raising hopes it may be the next viable vaccine for the tropical virus that kills up to 25,000 people each year.

“We’re still expecting to go first to dengue-endemic countries with a dossier because we think this is where the vaccine’s most important use is,” Derek Wallace, who runs Takeda’s global dengue vaccine program, told Reuters.

The success of TAK-003 is crucial to Takeda’s vaccine ambitions as the Japan-based drugmaker integrates its $59 billion purchase of Shire Plc.

“The global business was predicated on global products and a global pipeline,” Dr. Rajeev Venkayya, president of Takeda’s vaccines business, said in a telephone interview.

Under pressure to cut costs after the Shire deal, Takeda needs a strong performance from both its dengue and norovirus experimental vaccines to prove the viability of the global vaccines business.

“Once those two programs declare themselves, we’ll then map out what our future looks like,” Takeda research chief Andy Plump said in an interview last month. Venkayya said he is encouraged by the results so far.

Dengue experts have questioned whether Takeda’s vaccine may pose similar risks to Dengvaxia, and the results released on Tuesday were not detailed enough to provide answers.

Takeda executives said they had taken steps to ensure their vaccine did not run into the same issues.

Takeda’s TAK-003 is based on a dengue 2 virus, with genes from the remaining three dengue viruses added in. Dengvaxia is based on a yellow fever virus with dengue genes added in. Takeda hopes the all-dengue design will trigger a more robust immune response.

Unlike Sanofi, Takeda researchers took blood samples from all 20,000 trial participants before they received the vaccine. That should allow them to see differences in the vaccine’s performance in people who had a previous dengue infection versus those who had not, according to dengue experts.

Takeda delayed the release of its trial results for several weeks to characterize the immune responses of all participants. The company expects some of that data will soon be published in a peer-reviewed medical journal.

Earlier this month, Sanofi vaccines chief David Loew told FiercePharma that the company regretted launching Dengvaxia in emerging markets before it was reviewed by the U.S. Food and Drug Administration or the European Medicines Agency. It was the first time Sanofi had taken such an approach with a vaccine, he said.

“Other regulatory authorities often look to the FDA and EMA for their own guidelines,” Loew told Reuters via email.

To share its data with endemic countries and answer questions on Dengvaxia, Sanofi took part in a three-day meeting hosted by the World Health Organization and the Dengue Vaccine Initiative in July 2015. Regulators from seven countries where dengue poses the biggest threat, including the Philippines, were there.

Dengvaxia has since won European approval for people living in endemic areas who have a documented prior infection. The vaccine is also under FDA review.

Dr. Joachim Hombach, senior health adviser in WHO’s vaccine department, said that governments in dengue-endemic countries in Latin America and Asia are now “highly sensitized” to the potential risks in the wake of Dengvaxia.

“We will be looking at this very carefully,” Hombach said of Takeda’s data.

The company plans to file in the U.S. and Europe within a year of filing in dengue-endemic countries, Venkayya said. Takeda and dengue experts are already planning ways to review the latest vaccine data with those regulators.

The Global Dengue & Aedes-Transmitted Diseases Consortium (GDAC), a group funded in part by drugmakers that works closely with WHO, scheduled a meeting for early March in Bangkok with regulators from at least six countries to take a first look at Takeda’s results, said Dr. In-Kyu Yoon, director of GDAC.

Yoon said the meeting will be paid for by the International Vaccine Institute, funded largely by charities and the Korean government. He plans to ask countries whether they want a joint regulatory review similar to the one Sanofi attended in 2015.

“Right now, there is clearly some caution,” Yoon said. 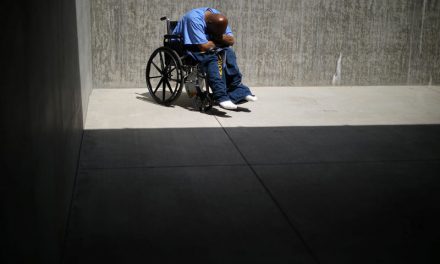