WASHINGTON (Reuters) – U.S. coronavirus task force response coordinator Dr. Deborah Birx will have a leading role in how the first drug to demonstrate a benefit in treating COVID-19 patients will be distributed to hospitals, the White House said on Friday.

Birx, who has been a fixture in televised task force media briefings, will be one of the chief consultants on how Gilead Sciences Inc’s remdesivir will be supplied, White House spokeswoman Kayleigh McEnany told reporters.

The U.S. Food and Drug Administration last week gave emergency use authorization to remdesivir for patients with severe COVID-19 – the disease caused by the coronavirus – clearing the way for broader use in more hospitals around the United States.

The federal government began distributing the drug this week. But doctors across the country, particularly in COVID-19 hotspots like New York and Boston, became concerned after being denied their request to obtain the new therapy, Infectious Disease Society of America President Dr. Thomas File told Reuters on Thursday.

The physician group called on the Trump administration to explain how it will ensure equitable distribution of remdesivir to states and hospitals based on COVID-19 case and hospitalization rates.

The group also stressed the importance of fair allocation to health facilities in communities disproportionately affected by the coronavirus, including African American and Hispanic populations.

In a large clinical trial released last week, remdesivir, which is given by intravenous infusion, was shown to speed recovery times of hospitalized COVID-19 patients compared to a placebo.

“This drug is promising, and we want to get it to the American people and to the areas that need it most,” McEnany said.The Federal Emergency Management Agency and the Department of Health and Human Services are coordinating the donation and distribution of remdesivir. 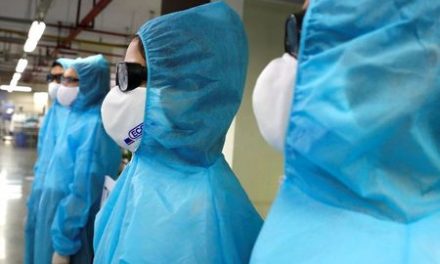 China sees drop in new coronavirus cases; all of them imported