Five years after an abortion, most women still say it was the right decision even if they struggled with their choice at the time, a U.S. study suggests.

Researchers surveyed 667 women who had abortions in 21 states a week after they had the procedures and then once every six months for five years. By the end of that period, 84% of women had either positive or neutral feelings about their choice.

“We found no evidence of emergent negative emotions about the abortion over the five years,” said study leader Corinne Rocca of the University of California, San Francisco.

“In fact, of all the emotions we looked at, relief remained the most commonly reported one at all times, even five years out,” Rocca said by email.

Opponents of abortion have argued against legal access to these procedures in part because of concerns that abortion harms women by causing negative emotions and regret, researchers note in Social Science and Medicine. This idea has contributed to state laws and court decisions limiting abortion as well as state policies requiring women seeking abortions to be warned it might cause lasting emotional or mental health harm, the study team notes.

For the current analysis, researchers asked women who got abortions the degree to which they felt emotions like relief, happiness, regret, guilt, sadness and anger. They also asked women whether they still thought the choice they made was the right one.

At the start of the study, participants were 25 years old, on average, and 62% were already raising children.

One week after their abortions, 51% of women felt mostly positive about their decisions, while 17% felt mostly negative and 12% felt a mix of both emotions. Another 20% reported feeling few emotions, or none at all, related to their decision.

After five years, anger was the only emotion that was more common among women who perceived high levels of stigma about abortion, the study also found.

One week after the abortion, 98% of women felt they had made the right decision, as did 99% of women five years later.

One limitation of the study is that asking women about their emotions may have prompted them to report stronger feelings than they might have otherwise experienced, the study team notes.

Even so, the results offer fresh evidence that concerns about women’s emotional health after an abortion shouldn’t factor into policies about legal access to these procedures, said Julia Steinberg, a researcher at the University of Maryland, College Park, who wasn’t involved in the study.

“Abortion does not lead to decision regret or negative emotions, negative emotions or regret do not emerge over time after the abortion, and women overwhelmingly feel the decision was the right one initially and over the entire five years after an abortion, even if they had difficulty making it,” Steinberg said by email.

Just because women struggled with the decision to get an abortion doesn’t mean it was the wrong choice for them, said Nada Stotland of Rush University in Chicago.

“It’s reassuring to women contemplating abortion that they are very unlikely to regret it, but there is no valid evidence whatever that women, including adolescents, can’t make the best decisions for themselves, their circumstances, and their families,” Stotland, who wasn’t involved in the study, said by email. Vietnam to extend coronavirus lockdown in 12 provinces for seven days 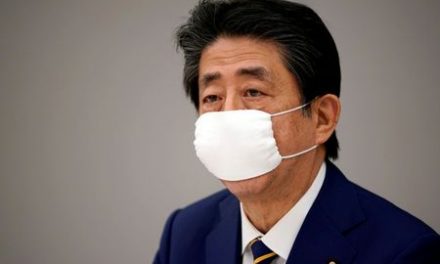