A Tale of Two Cohorts: Blood Tests for TBI 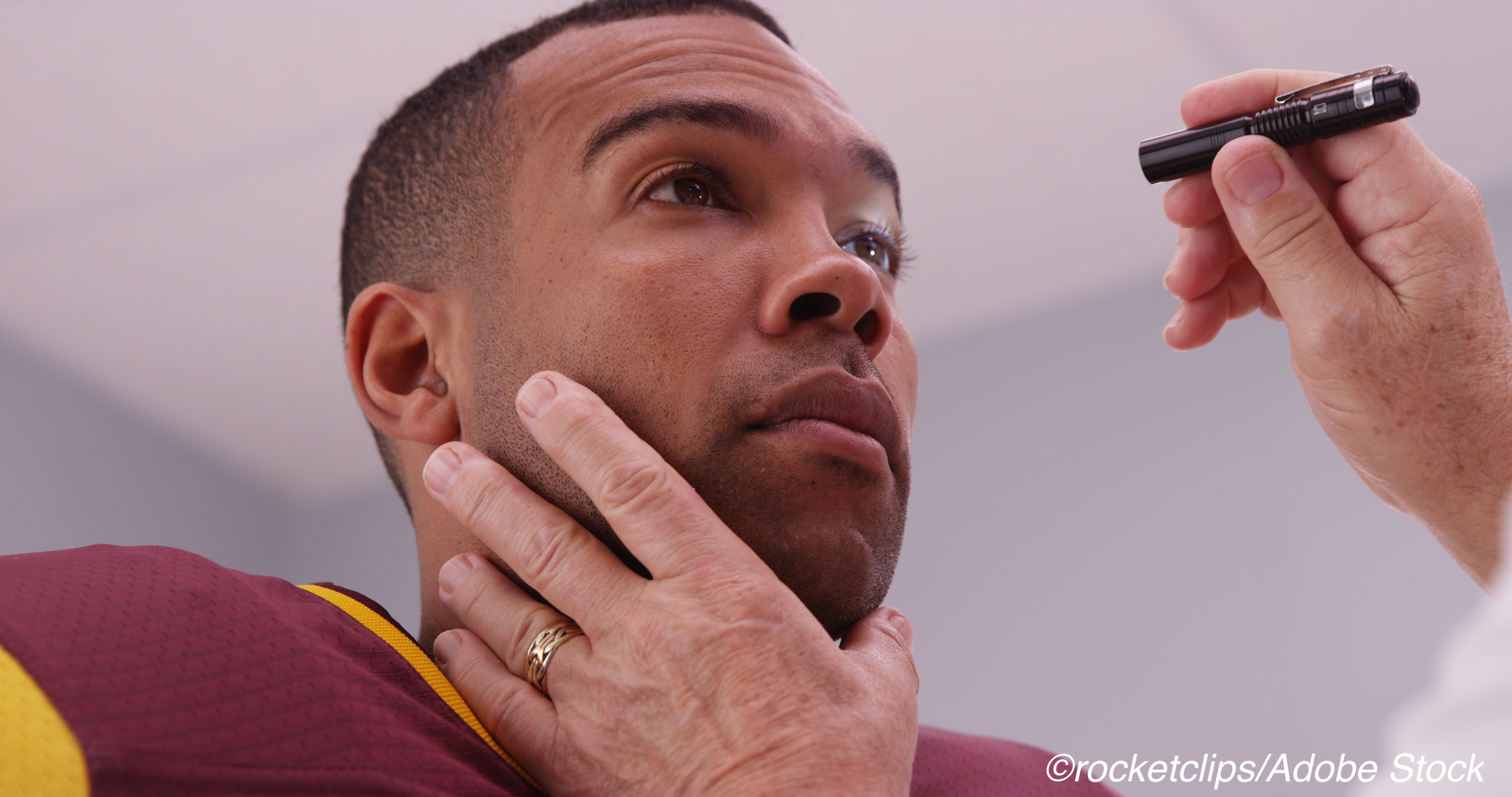 In the first study, Pashtun Shahim, MD, PhD, of the National Institutes of Health (NIH) in Bethesda, Maryland, and coauthors studied NfL associations with TBI in two cohorts — professional Swedish athletes and an NIH clinic population. The second study, also by Shahim and colleagues, compared NfL against other potential TBI biomarkers in the NIH clinic population.

The athlete cohort in the first study looked at Swedish hockey players enrolled between 2011 and 2019 — including 45 players who had acute concussion within a week, 31 players with multiple concussions and persistent post-concussive symptoms (PCS) who were assessed with paired CSF and serum specimens, and 28 preseason controls — in addition to 14 non-athletic controls.

Paired CSF and serum NfL levels were correlated (r=0.71, P< 0.0001). Both CSF and serum measurements distinguished those who had PCS for longer than 1 year from those with PCS of shorter duration (area under the receiver operating characteristic curve [AUROC] 0.80 and 0.81 for serum and CSF, respectively).

“This study shows that persistent PCS in professional athletes with a history of repetitive concussion is associated with CSF and serum signs of neuroaxonal degeneration,” Shahim and colleagues wrote.

In an accompanying editorial, Christopher Filley, MD, of the University of Colorado School of Medicine, noted that “another key finding from the hockey players was that both CSF and serum NfL were associated with greater number of concussions and severity of post-concussion symptoms after 1 year. This observation is notable in that NfL may prove useful in identifying TBI patients at risk for prolonged symptoms, and in enabling more focused treatment for these individuals.”

The first study also included 230 NIH clinic participants who had subacute or chronic TBI (n=162) within 1 year of enrollment and 68 controls. In total, 89 had mild injury (no imaging abnormality), 48 had moderate injury, and 25 had severe injury.

Serum concentrations of NfL were 2 times higher in TBI patients overall than in controls (median 12.8 pg/mL vs median 6.3 pg/mL, P<0.0001), and higher for at all levels of TBI severity, and distinguished among TBI severity levels.

At enrollment, increased serum NfL in the clinic cohort was associated with worse functional abilities on the Glasgow Outcome Scale-Extended scores assessed cross-sectionally, a decrease in cross-sectional measures of total gray and white matter volumes on MRI, and a decrease in diffusion tensor imaging (DTI) fractional anisotropy.

At 30 days, serum NfL in this cohort distinguished patients with mild, moderate, and severe TBI from controls with AUROC of 0.84, 0.92, and 0.92, respectively. Serum NfL decreased linearly for all severities but remained significantly elevated compared with controls over 5 years.

“NfL shows potential as a prognostic blood biomarker for acute and repetitive sports-related concussion, and in patients with subacute and chronic TBI,” the researchers noted. “Strong relationships seen between serum NfL and diffusion tensor imaging measures of traumatic axonal injury suggest that serum NfL could be used to assess traumatic axonal injury or as a prognostic blood biomarker of disease progression or neuroaxonal damage following TBI.”

“To translate the findings into clinical practice, future studies should standardize methods of quantification across different analytical platforms, and determine cutoffs across age and severity,” they cautioned.

Longitudinally, serum NfL was the only biomarker that was associated with MRI brain atrophy and DTI measures of progression of traumatic axonal injury, and the only biomarker able to distinguish TBI from controls at 5 years. “Serum NfL shows greater diagnostic and prognostic utility than GFAp, tau, and UCH-L1 for subacute and chronic TBI,” the researchers wrote.

“While the origin of TBI-induced cognitive decline is not entirely explained by traumatic axonal injury, NfL appears to have much promise as a blood test that relates directly to the ubiquitous white matter damage of TBI, revealing a great deal about not only whether a TBI occurred, but also the extent of injury sustained, and how this injury may affect patient outcome for years thereafter,” Filley observed.

“However, the final word is not yet available,” he added. “More details will need to be worked out before this test can be routinely applied to TBI diagnosis in clinical practice.”

Limitations include lack of CSF data in the athlete cohort who did not have PCS. Also, for those contributing preseason samples in this group, information about number of concussions was not included.

This research was supported by the National Institutes of Health, the Department of Defense, and the Swedish Research Council. 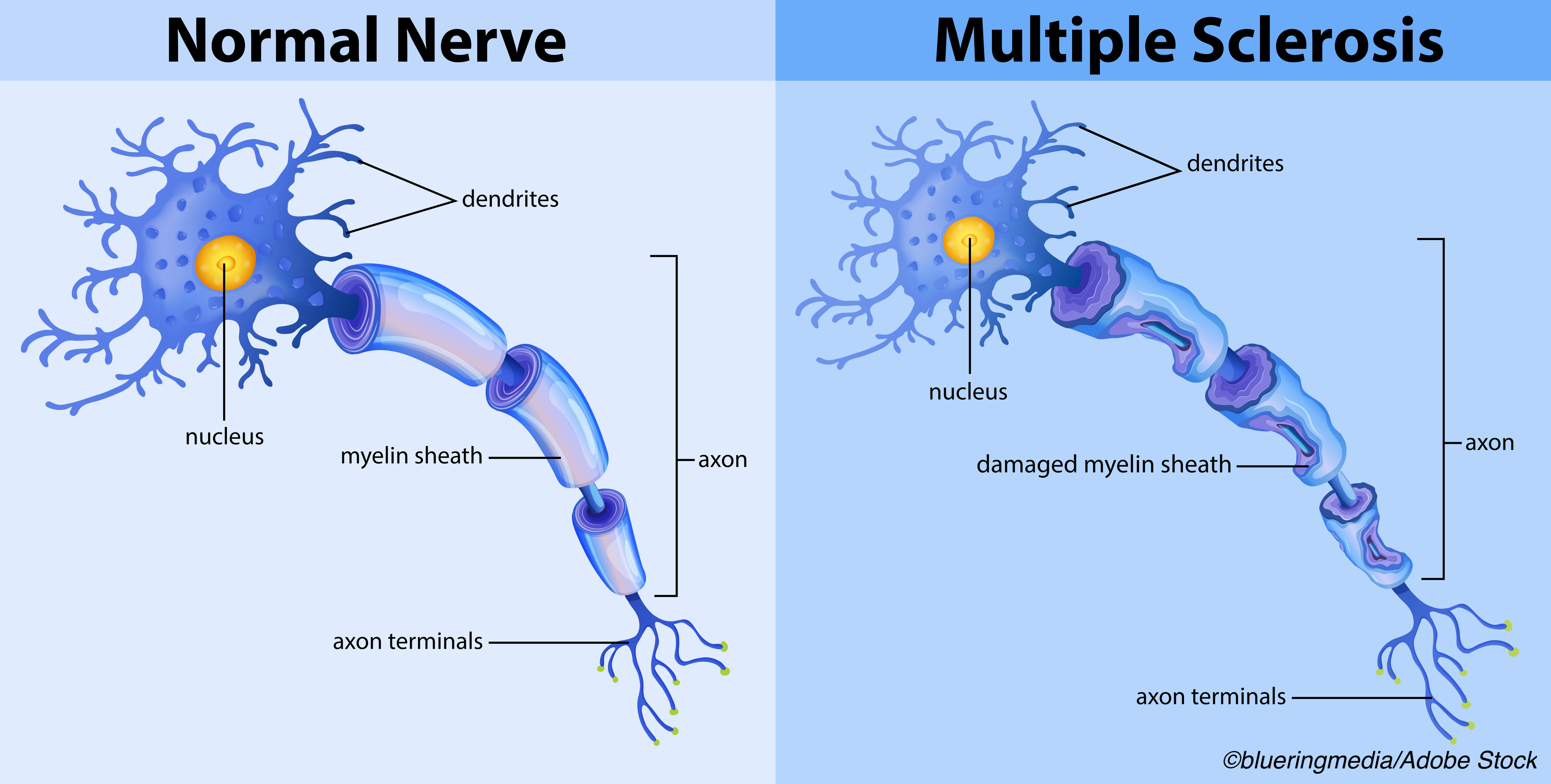 Lateral Tx Switches in Patients with Clinically Stable MS Do Not Increase Risks of Relapse, Disability