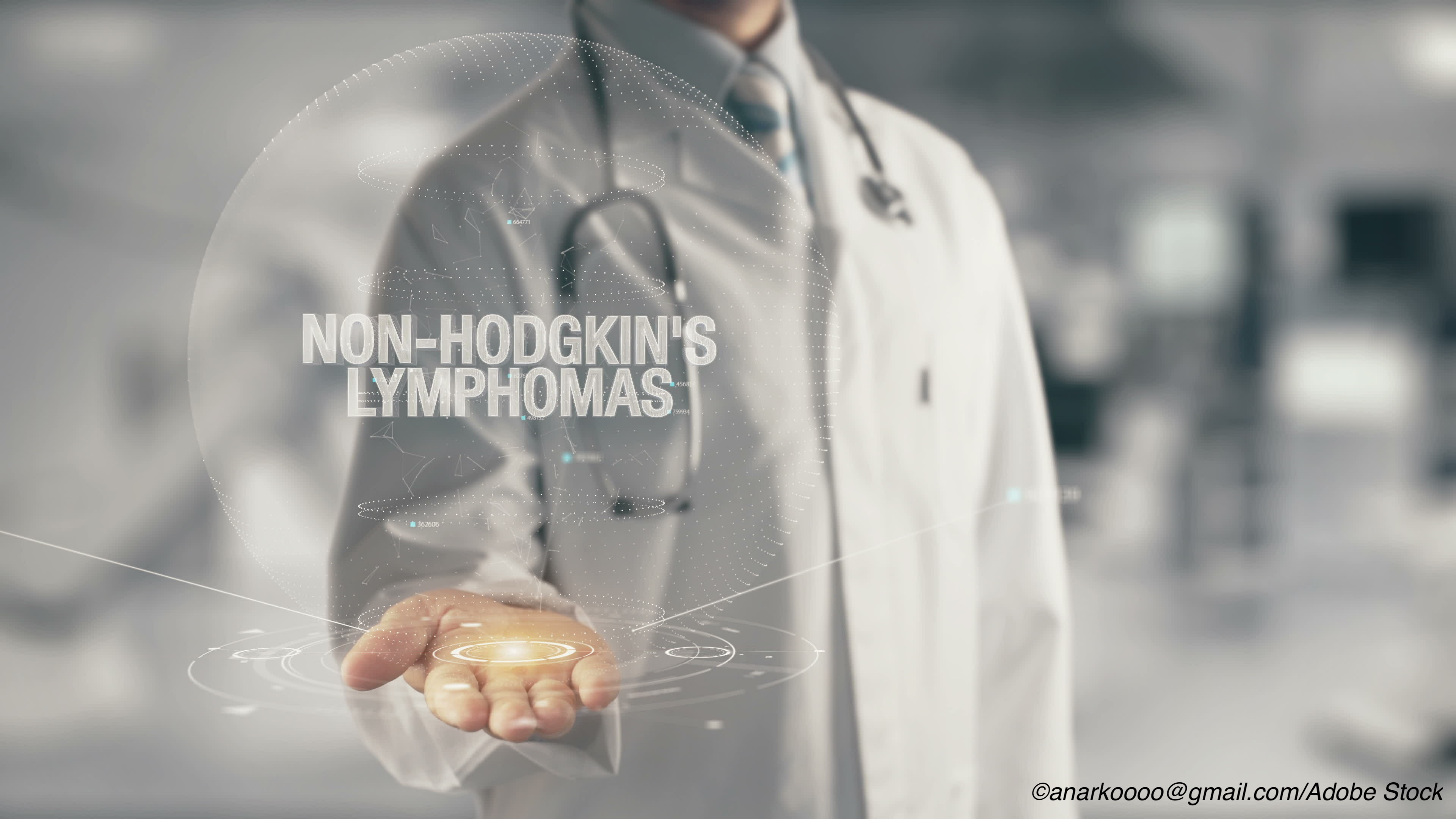 The combination of copanlisib plus rituximab appears to significantly increase the median time to progression of relapsed indolent non-Hodgkin’s lymphoma when compared to treatment with rituximab alone — the current standard-of-care, researchers reported at the 2021 virtual meeting of the American Association for Cancer Research.

In the phase III CHRONOS-3 trial, median follow-up has been 19.2 months, Matasar said in his oral presentation and at a press conference.

“Overall, copanlisib plus rituximab represents a potential new treatment option for patients with relapsed disease across all subtypes of indolent non-Hodgkin’s lymphoma,” he said. “Copanlisib is the first PI3K inhibitor to be safely combined with rituximab and the first to demonstrate broad and superior efficacy in combination with rituximab in all indolent non-Hodgkin’s lymphoma histologies.”

He noted, “Rituximab monotherapy is a recognized standard of care in patients with relapsed indolent non-Hodgkin’s lymphoma who have had a long remission after rituximab-based therapy or who are unfit or unwilling to be treated with chemotherapy. Clinical benefit, however, may be short-lived.”

Copanlisib, a pan-classPI3K inhibitor, is an approved agent for treatment of relapsed follicular lymphoma in patients who have received at least two systemic therapies. The CHRONOS-3 study was designed to see if combining rituximab with copanlisib could improve progression free survival times.

Matasar reported results among 458 patients (median age: 63 years) diagnosed with indolent non-Hodgkin’s lymphoma who were progression-free and treatment-free for at least 12 months after their last rituximab treatment or who were unfit or unwilling to receive chemotherapy. They were randomized to receive either copanlisib with rituximab (n=307) or to receive rituximab plus placebo (n=151).

About 60% of the patients were diagnosed with the follicular lymphoma subtype of non-Hodgkin’s lymphoma. Marginal zone lymphoma was diagnosed in 20.7% of the CHRONOS-3 population, small lymphocytic lymphoma in 10.9%, and lymphoplasmacytic/Waldenström macroglobulinemia in 8.3%.

The objective response rate in the dual active treatment group was 80.8% compared with 47.7% in the rituximab plus placebo arm (P<0.0001).

The study was published online in Lancet Oncology at the time it was presented at the meeting.

The study authors also noted that “Although published recommendations strongly support the use of PET-CT for staging and response assessment of routinely fluorodeoxyglucose-avid histologies, especially in clinical trials, it was decided in this study to use only a CT-based response, which remains preferred for histologies with low or variable fluorodeoxyglucose avidity and in regions of the world where PET-CT is unavailable. Moreover, in trials exploring new agents in multiply relapsed disease where data are lacking regarding PET-CT and where disease control is more important than likelihood of cure, a CT–MRI-based response might be more relevant.”

In discussing the study at the press conference, Charles Swanton, MBPhD, chief clinician at Cancer Research UK/Francis Crick Institute, London, said, “This study was strongly positive in favor of copanlisib across histologies. It is important to state that there were more toxicities in the dual treatment arm with Grade 3 and Grade 4 adverse events being more frequent.

“This is potentially a new treatment option for relapsed disease across all subtypes of indolent non-Hodgkin’s lymphoma for patients with a long remission after first-line therapy or who are unfit for chemotherapy,” Swanton said.

The study was funded by Bayer AG.