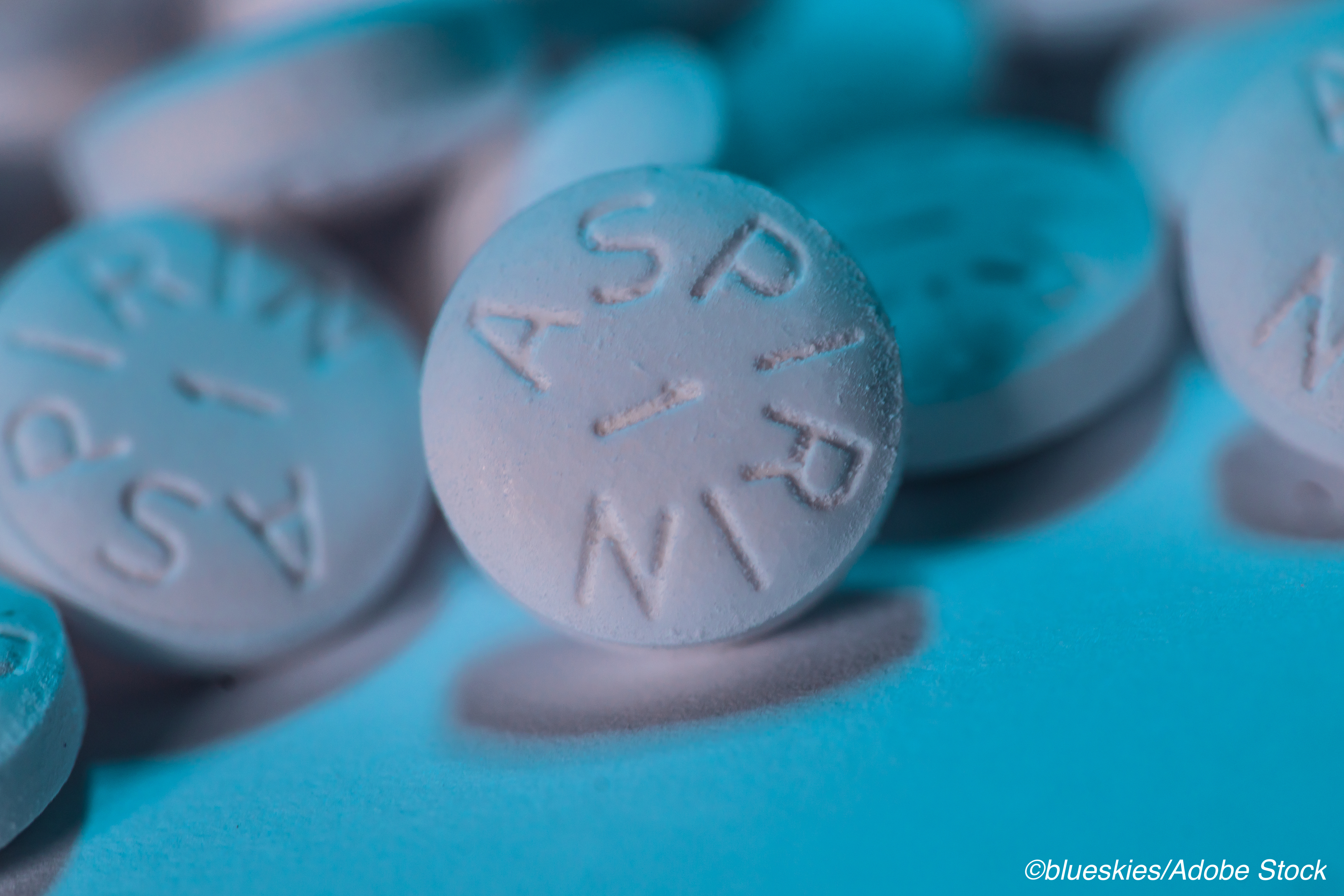 Among patients with acute coronary syndrome (ACS) who could not initially take dual antiplatelet therapy (DAPT) due to aspirin allergy, P2Y12 monotherapy did not appear to be associated with short-term adverse cardiovascular outcomes in a newly reported study.

The study involved ACS patients who underwent aspirin desensitization and were eventually able to take the drug along with a P2Y12 agent.

These patients fared no worse than patients on DAPT during the time they were taking a Py212 medication alone before sensitization was achieved.

“Our study suggests that there may be a brief window of time during which the treating cardiologist and allergist can attempt clinical stabilization of acute coronary syndrome patients prior to performing aspirin desensitization without an adverse effect on short-term cardiac outcomes,” Nguyen said.

American College of Cardiology/American Heart Association guidelines recommend the immediate administration of 325 mg aspirin followed by 81 mg daily as preventive therapy in patients with acute coronary syndrome, and dual antiplatelet therapy (DAPT) involving aspirin and a P2Y12 inhibitor, such as clopidogrel, prasugrel, or ticagrelor, for at least 12 months.

In ACS patients with aspirin allergy, guidelines call for the immediate administration of a P2Y12 inhibitor in place of aspirin.

“Some of these aspirin-allergic patients remain only on the P2Y12 inhibitor while some have the option to undergo aspirin challenge or desensitization if offered by their medical institution,” Nguyen said. “Post aspirin desensitization, aspirin allergic patients with ACS can then be started on dual antiplatelet therapy as per guidelines.”

Patients were included in the analysis if they were admitted for ACS (unstable angina, NSEMI, STEMI), had self-reported aspirin allergy, and did not receive aspirin for initial management of ACS but did receive a P2Y12 inhibitor within the first 24 hours of ACS diagnosis. All included patients also underwent successful inpatient aspirin challenge and desensitization and were started on aspirin along with P2Y12 inhibitor.

The mean age of the patients was 63.3 years, 66% were male, 72% had hypertension, 84% had hyperlipidemia, and 38% had diabetes. Prior reactions to aspirin included urticaria/angioedema in 60%, shortness of breath/rhinitis in 16% and anaphylaxis in 20%.

Three patients challenged with high dose aspirin experienced urticaria/angioedema and 1 experienced anaphylaxis at a cumulative dose of 570 mg. All patients were successfully treated through these reactions and were able to tolerate 81 mg of aspirin.

At both 7- and 30-day time points there were no deaths, recurrent MIs, in-stent thrombosis events or unplanned revascularizations among the cohort.

None of the patients included in the analysis met any of the primary outcomes. The lack of short-term adverse cardiac outcomes suggests that the anti-platelet effect of P2Y12 inhibitors might suffice in situations in which immediate aspirin administration is prohibited, Nguyen said.

“The recommendation to use clopidogrel as an alternative to aspirin in ACS comes from the CAPRIE trial in 1996, which showed use of clopidogrel to demonstrate an improvement in cardiovascular outcomes compared with aspirin, but this is when used as secondary prevention in patients with stable coronary artery disease,” she said.

“Here we have a cohort of patients in which aspirin was necessarily omitted from their initial ACS management and these patients were only on PTY12 monotherapy for the first 2 to 3 days after the onset of their ACS before aspirin was started. We saw that there were no negative short-term cardiac outcomes.”