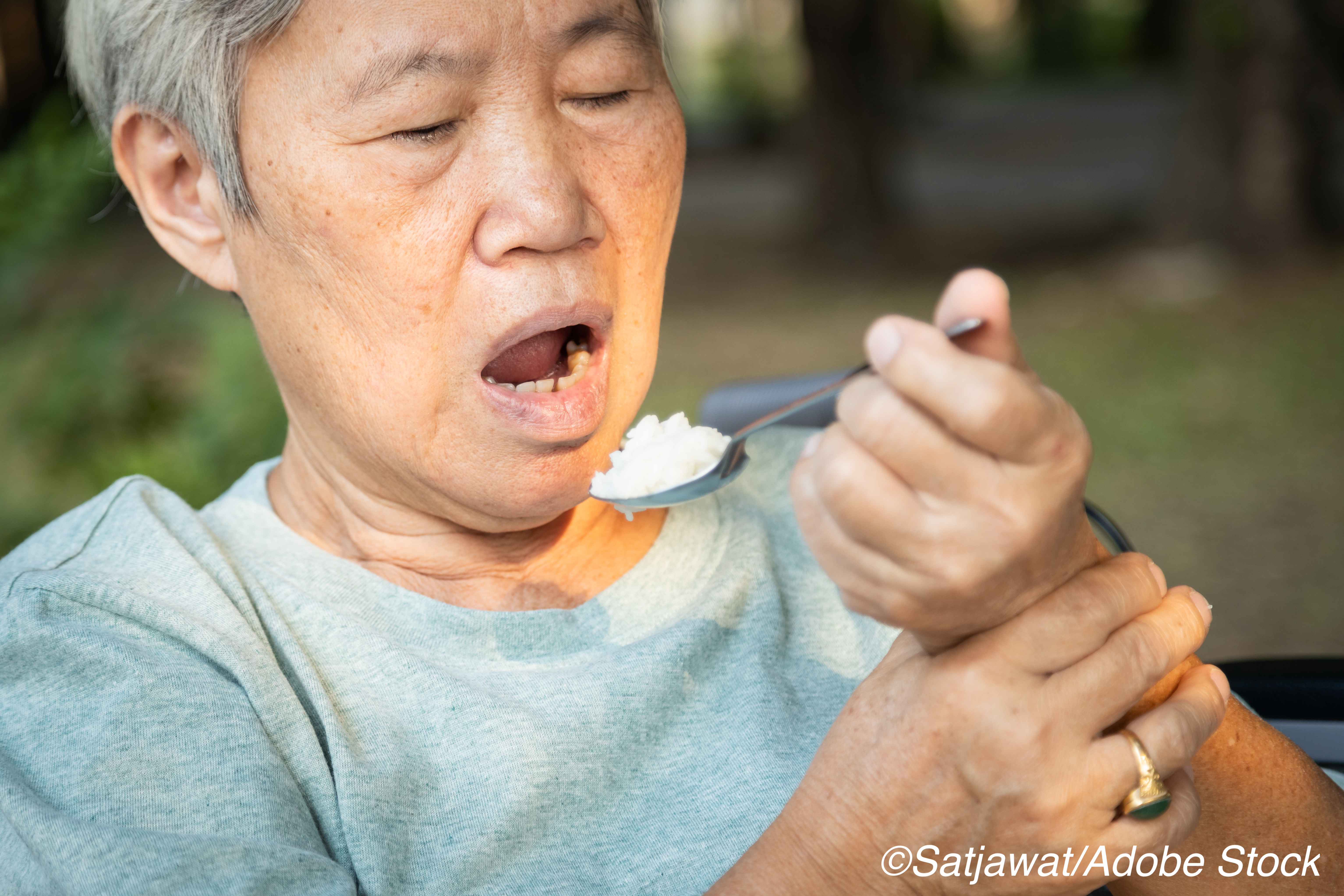 The first study of active immunotherapy against α-synuclein in patients with Parkinson’s disease (PD) showed safety and sustained immunogenicity.

PD01A, a short peptide immunotherapy that targets oligomeric α-synuclein in PD, met safety and tolerability goals in a phase I study, reported Gunther Staffler, PhD, of the pharmaceutical company AFFiRiS in Vienna, Austria, and coauthors in Lancet Neurology.

In 21 patients treated with PD01A who formed four groups depending on two sequential randomizations to 15 μg or 75 μg, all had at least one adverse event. Most were considered unrelated to study treatment except for transient local injection site reactions, which affected all but one participant.

The first randomization led to four subcutaneous priming immunizations with either 15 μg or 75 μg and 52 weeks of follow-up. The geometric group mean titer of antibodies against the peptide increased from 1:46 at baseline to 1:3,580 at week 12 in the 15 μg dose group. In the 75 μg dose group, corresponding titers went from 1:76 to 1:2,462.

Over 2 years, antibody titers returned to baseline, but were rapidly reactivated after the second booster, reaching geometric group mean titers up to 1:20,218.

“Repeated administrations of PD01A were safe and well tolerated over an extended period,” Staffler and coauthors wrote. “No patient discontinued because of treatment-emergent adverse events and there were no deaths.”

“Specific active immunotherapy resulted in a substantial humoral immune response with target engagement,” they added. “Phase II studies are needed to further assess the safety and efficacy of PD01A for the treatment of Parkinson’s disease.”

α-synuclein, the main component of Lewy bodies, is a small presynaptic protein that regulates synaptic activity and plays roles in neurotransmitter trafficking. Soluble α-synuclein oligomers are important in the pathogenesis of Parkinson’s disease. α-synuclein oligomers exhibit misfolding and cell-to-cell transmission like prions. The idea that reducing them could confer disease-modifying benefit has attracted research interest in immunotherapy.

The present study investigated an active immunization approach using an antigenic peptide mimicking the C-terminal of α-synuclein. “PD01A is specifically designed to induce antibodies that selectively recognize α-synuclein aggregates with much lower affinity to monomeric forms and without reactivity to β-synuclein,” Staffler and colleagues noted.

The researchers conducted this patient-blinded trial in participants 45 to 65 years old (mean age about 54) recruited from a private clinic in Vienna, enrolled between February 2012 and February 2013. At baseline, the 15 μg group was 67% male and the 75 μg group was 33% male. Doses correspond to the net antigen PD01 peptide amount of the applied drug product.

All participants had a ≤4 year history of Hoehn and Yahr Stage 1 to 2 PD and were on stable doses of Parkinson’s disease medications for at least 3 months. All had DAT-SPECT and MRI findings consistent with a diagnosis of PD, and imaging during the study included MRI to exclude inflammation. Cerebrospinal fluid (CSF) samples at screening and week 26 were obtained for target engagement studies.

“There was no suggestion of cumulative toxicity over time or with booster injections,” the authors noted. “Of note, the boost immunizations had little effect on the adverse event profile.”

At week 12, with three priming injections complete, 91% of the 15 μg group and 100% in the 75 μg group met a predefined seroconversion threshold of four or more times the baseline level for humoral immune response. The induced antibodies reacted to the native α-synuclein epitope with a time profile similar to its interaction with the PD01 peptide.

“Immunization resulted in a substantial increase in titers against the immunizing peptide PD01 at week 12 (day of fourth priming immunization), which translated into a humoral immune response against the α-synuclein target epitope, approximately one order of magnitude lower,” the authors observed.

Post-hoc analysis of week 26 CSF samples revealed a mean reduction of 51% in CSF oligomeric α-synuclein in patients immunized with the 75 μg dose, and a slight decrease with the 15 μg dose.

Reductions in CSF levels of α-synuclein oligomers “can be interpreted as a sign of in vivo target engagement,” Staffler and colleagues wrote, adding that there were no changes in total α-synuclein, amyloid β1–42 protein, or phosphorylated tau.

Limitations of the study include absence of a placebo group and small sample size.

In an accompanying editorial, A. Jon Stoessl, MD, of University of British Columbia in Vancouver, wrote that “this study provides clear justification for undertaking randomized controlled trials of active immunotherapy targeting α-synuclein, but several challenges remain.”

These challenges include defining appropriate trial endpoints and identifying when therapy should begin, Stoessl noted. Also, given α-synuclein’s synaptic role with potential effects on plasticity and learning, “it will therefore be important to do long-term monitoring of patients to see if there are unanticipated deleterious effects related to the loss of the physiological function of α-synuclein,” he observed.

This study was funded by AFFiRiS and Michael J. Fox Foundation.

Stoessl receives honoraria as chair of the data safety monitoring board for a trial (Voyager, Neurocrine Biosciences) of AADC gene therapy for Parkinson’s disease and has received a speaker honorarium from AbbVie. He is paid a stipend as Editor-in-Chief of the journal Movement Disorders.

Process mapping of the urgent red cell exchange procedure for patients with severe complications of sickle cell disease at a centralized hemapheresis service.

Prevalence of Central Nervous System-Active Polypharmacy Among Older Adults With Dementia in the US.

Where and how alpha-synuclein pathology spreads in Parkinson’s disease.