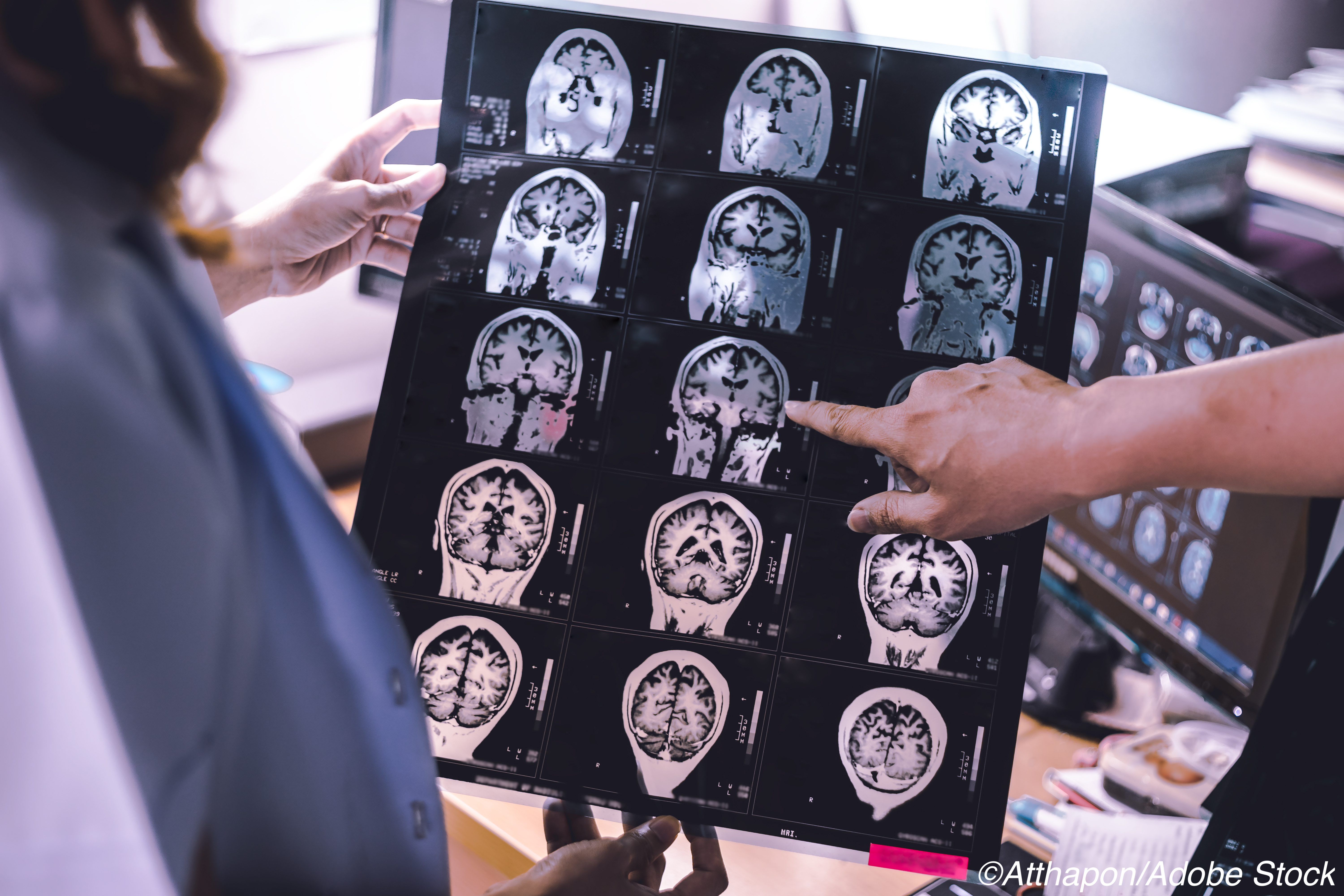 Benefit observed in patients with or without disease activity

Among multiple sclerosis patients who appear to have a stable course of disease without clinical disease activity, treatment with alemtuzumab over a 6-year period appeared to slow brain atrophy when compared with patients on interferon medication, researchers reported.

In a presentation at the 2020 virtual joint meeting of the American Committee for Treatment and Research in Multiple Sclerosis and the European Committee for Treatment and Research in Multiple Sclerosis(ACTRIMS-ECTRIMS), Douglas Arnold, MD, professor of neurology at the Montreal Neurological Institute of McGill University, said that over 6 years, patients receiving alemtuzumab experienced a brain volume loss of 1.68%, which was slower than patients without disease activity who initiated subcutaneous interferon-beta 1a at baseline before switching to alemtuzumab in the four-year study extension, who experienced an average brain volume loss of 2.05%.

“The findings suggest neuroprotective effects with alemtuzumab independent of its effect on acute disease activity, including the advancement of brain atrophy,” Dr. Arnold says. “Alemtuzumab significantly reduced brain atrophy versus subcutaneous interferon-beta 1a in relapsing-remitting multiple sclerosis patients in the absence of relapse and MRI disease activity.”

He explains that the data came from a post hoc analysis of the pooled CARE-MS studies. “Brain atrophy occurs early in the course of multiple sclerosis and it is associated with disability and cognitive impairment,” Dr. Arnold explains. “This study evaluated the effects of alemtuzumab on neurodegeneration, independent of relapse or MRI activity.”

The patients in the study were about 34 years old at baseline, and about 2/3 were women. Their mean Expanded Disability Status Scale score was 2.4 at baseline.

In commenting on the study, Asaff Harel, MD, assistant professor of neurology at Lenox Hill Hospital/Hofstra School of Medicine/Northwell Health, New York City, says, “We know that alemtuzumab is better than interferon for relapse rate and lesions, and we do know that if there is an effect on relapses that there will be an effect on atrophy rates. But if you only take the people who didn’t have relapses, it still seems as though alemtuzumab still did better in slowing the rate of brain atrophy.”

“This speaks to the fact that there are things going on under the surface. MRIs and relapses may simply be the tip of the iceberg in multiple sclerosis,” Dr. Harel says. “This study shows that this medication – alemtuzumab – is controlling that under the surface activity better than interferon. So, what we are seeing is that one of the medications that is effective against inflammatory disease activity also controls whatever this underlying process is that may involve brain atrophy and does it better than interferon.”

Dr. Harel said the study may be important, because while brain atrophy is harmful, scientists haven’t been able to determine what this information can be used for in the clinic. “The age-old question is if there is a time we might want to switch a person from one medication to another to slow brain volume loss,” he says. “There isn’t that much data on this subject, so this is a cool study and may help the field move beyond relapses. We have done a good job controlling relapses. Now we have to move forward to assess whether there are better medications that can control this underlying process.”

CARE-MS was supported by Genzyme (a Sanofi company) in collaboration with Bayer.