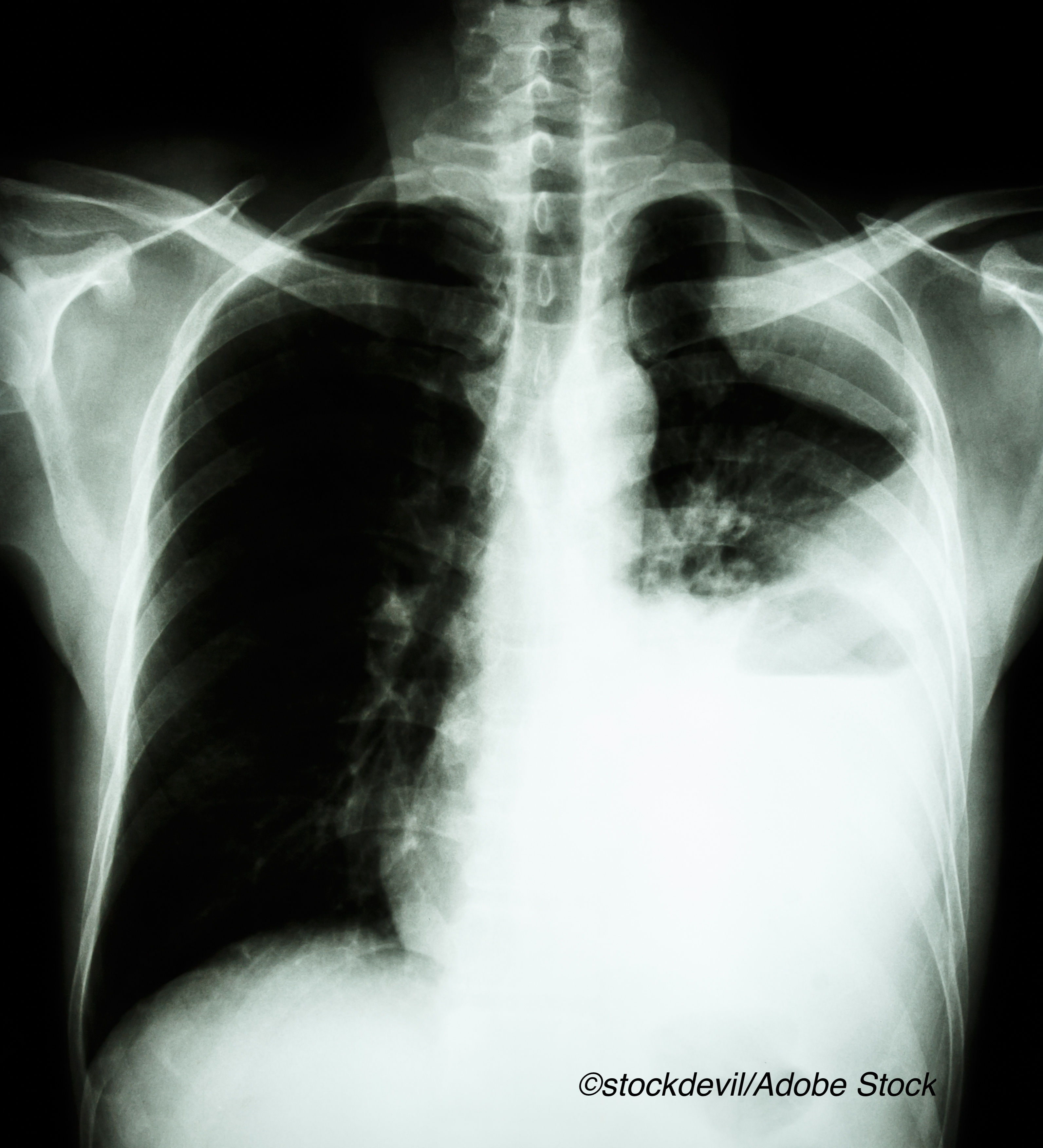 Researchers documented their attempts to improve PFS in patients with EGFR-mutated NSCLC by adding bevacizumab to osimertinib. Despite an increase in overall response rates, PFS and median time to treatment failure were disappointing, as described in this article republished for our year-end review and initially published April 20, 2021. Click here to see the original article and obtain CME/CE credit for the activity.

5/21/21 The U.S. FDA approved amivantamab-vmjw for the treatment of adult patients with non-small cell lung cancer (NSCLC) with epidermal growth factor receptor (EGFR) exon 20 insertion mutations whose disease has progressed on or after platinum-based chemotherapy. This indication was granted under accelerated approval based on results from the CHRYSALIS trial.

Although epidermal growth factor receptor (EGFR)-tyrosine kinase inhibitors are considered more effective than cytotoxic chemotherapies for patients with non-small cell lung cancer characterized by an EGFR mutation, the benefit usually diminishes by 13 months—thus, the search continues for a way to extend that benefit.

Both preclinical and single arm clinical studies suggested a benefit when an EGFR inhibitor was combined with a vascular endothelial growth factor (VEGF) targeting agent, but another “phase II study of osimertinib plus ramucirumab in 25 patients with EGFR T790M variant showed an ORR of 76% and median PFS of 11.0 months. Considering the efficacy data of osimertinib monotherapy in pivotal trials (18.9 months among EGFR-TKI–naive patients and 10.1 months among patients with EGFR T790M–mutated disease), these phase II results were not so intriguing.”

Those mixed signals lead Hiroaki Akamatsu, MD, PhD, of the Internal Medicine III, Wakayama Medical University, Wakayama, Japan, and colleagues to test osimertinib plus bevacizumab against osimertinib alone in patients with EGFR-mutated NSCLC in an attempt to clarify results.

In an editor’s note that accompanied the article, Howard (Jack) West, MD, of the City of Hope in Duarte, California, wrote that since osimertinib is a common first line therapy for EGFR mutation-positive, advanced NSCLC, he and many of his colleagues anticipated a positive finding from the study; however, “the data revealed no hint of a favorable signal for progression-free survival (PFS) or overall survival with the combination,” he wrote.

West was clear in his assessment of the potential for combining an EGFR-targeting therapy with an antiangiogenesis agent: bad idea.

“Taken together, the available data on the combination of a vascular endothelial growth factor inhibitor with an EGFR inhibitor have not demonstrated a survival benefit over an EGFR inhibitor alone, and the emerging data with osimertinib/bevacizumab are best characterized as disappointing,” he wrote.

There are other EGFR-targeting agents currently approved for NSCLC, including afatinib, gefitinib, erlotinib, necitumamaab, and decomitinib, all with efficacy profiles similar to osimertinib.

Recently approved is amivantamab, a “fully-human EGFR and MET bispecific antibody with immune cell-directing activity that targets tumors with activating and resistance EGFR and MET mutations and amplifications.”

This accelerated approval from the FDA was based on data that emerged from the CHRYSALIS study of amivantamab in patients with NSCLC and EGFR exon 20 insertion mutations whose cancers advanced on or after platinum-based chemotherapy. Among 81 patients assessed in a post-platinum-efficacy cohort, “the ORR as assessed by blinded independent central review was 40% (n=32; 95 percent confidence interval (CI), 29-51), with three patients (4%) having complete responses and 29 patients (36%) achieving partial responses (PR),” according to a statement released from the study funder. “Responses were durable with median duration of response of 11.1 months (95% CI, 6.9-not reached) with 20 patients (63%) having responses of at least six months or greater duration. Median PFS was 8.3 months (95% CI, 6.5-10.9 and median OS was 22.8 months (95% CI, 14.6-not reached). The clinical benefit rate (≥PR or stable disease ≥11 weeks) was 74% (95% CI, 63-83).”

Overall response was higher, but not statistically significantly so, in the combination therapy arm, and there was a suggestion that a prior history of anti-VEGF inhibitor therapy had a detrimental effect.

There were a number of limitations acknowledged by Akamatsu et al, including the small sample size and a higher-than-expected rate of proteinuria, which may have contributed to more reported toxicities (proteinuria rate 78%, hypertension 60%, and anemia 66%).

West reported receiving personal fees as a consultant and speaker from AstraZeneca and Genentech/Roche outside the submitted work.