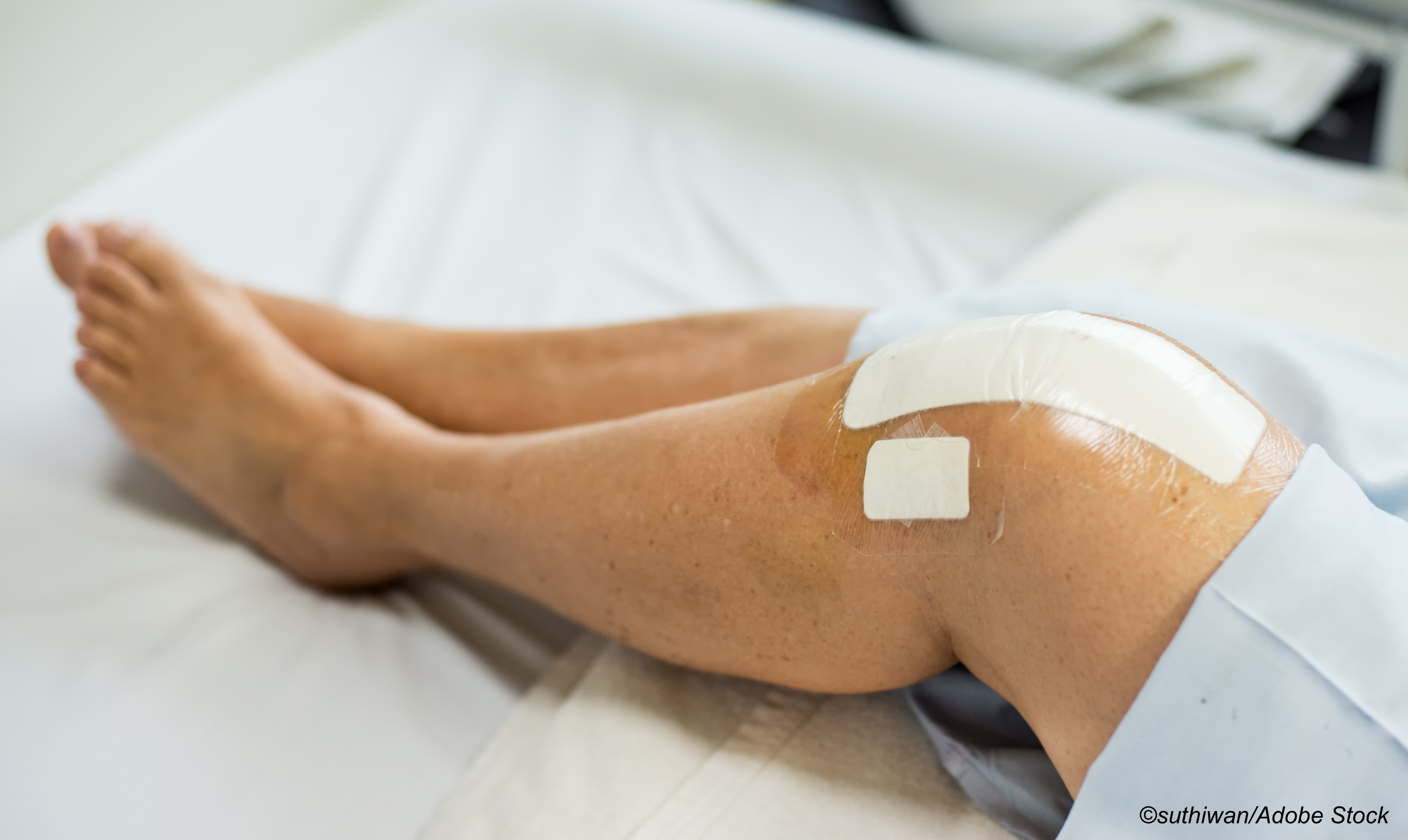 Prevention of venous thromboembolism (VTE) following surgeries such as knee arthroplasty is an ongoing concern and one for which there are no easy answers, even in the age of direct oral anticoagulants; both direct thrombin inhibitors and agents that target Factor Xa are effective at preventing VTE, but in each case, the benefit must be balanced against the risk of bleeding.

But what if a different target were chosen—A target that has a role in promoting thrombus formation but is only a minor player in hemostasis?

That, according to Jeffrey I. Weitz, MD, of the Thrombosis and Atherosclerosis Research Institute and McMaster University, both in Hamilton, Ontario, is exactly what the investigational agent milvexian is designed to do.

The target is Factor XIa. Persons who are born with a Factor XIa deficiency “are at a lower risk for venous thromboembolism and ischemic stroke than those with normal Factor XI levels, but rarely have spontaneous bleeding,” Weitz explained when he reported results of a parallel group phase II trial as a Late-Breaking-Science presentation at the American Heart Association’s 2021 Scientific Sessions. The findings were also simultaneously published online in The New England Journal of Medicine.

The VTE rates among the twice daily milvexian dosing groups were:

The VTE rates for once daily dosing groups were:

Those results compared to 54 of 252 patients in the enoxaparin comparator group who developed VTE (21%), which resulted in a highly significant difference favoring milvexian for the 200 mg bid or once daily dosing (P<0.0001) and significant differences—again favoring milvexian—for the 100 mg bid regimen (P<0.002) and the 50 mg bid regimen (P<0.01).

In a telephone interview with BreakingMED, Geoffrey Barnes, MD, MSc, chair of faculty development for the American College of Cardiology and a member of the editorial board at ACC.org, said milvexian is “the first oral agent to target Factor XIa and it does show promise of a high degree of anticoagulation without a concern about bleeding. So promising, but these are preliminary data. We need to see how it fares in phase III trials.”

Asked if there was a specific group of patients who would be candidates for treatment with milvexian if it were eventually approved, Barnes, who is an assistant professor of cardiology and vascular medicine at University of Michigan School of Medicine in Ann Arbor, said it had the potential to be a game-changer for people with “mechanical valve replacements who are limited right now to warfarin or those with mechanical left ventricular assist devices—again currently limited to warfarin. Another group would be those endstage renal disease who have atrial fibrillation. I do think there will be many patients who could benefit from an agent like this.”

The discussant for Weitz’s AHA presentation, Tracy Y. Wang, MD, MHS, MSc, professor of cardiology at Duke University’s Duke Clinical Research Institute, agreed there was much potential for a Factor XIa inhibitor but predicted that one barrier—at least in the setting of knee replacement—would be orthopedic surgeons. Convincing them may be difficult, she said, since they are still “prevalently using ASA in low risk patients.”

Weitz and colleagues noted that there were some aspects of the trial that “require comment. First, the strength of our conclusion regarding the low incidence of clinically relevant bleeding with milvexian is limited by the modest sample. Further studies are needed to confirm the safety of milvexian alone or in combination with antiplatelet drugs. Second, the trial was open label with respect to assignment to milvexian or enoxaparin. However, to minimize bias, the trial was blinded with respect to assignment to a milvexian regimen, and all outcomes were adjudicated by a committee whose members were unaware of treatment assignments. Third, the inclusion of minimal bleeding in the principal safety outcome ensured that all suspected bleeding events were documented and centrally adjudicated. With the open-label design, however, a potential for bias in favor of enoxaparin existed because investigators might be more vigilant for bleeding with an experimental agent than with an agent that has been used for years. Because of stricter definitions, the potential for bias was lessened in the assessment of clinically relevant bleeding, the outcome most often used for safety assessment in this patient population.”

They concluded that additional studies are needed to “determine whether oral anticoagulants that target factor XIa can dissociate thrombosis from hemostasis.”

AXIOMATIC-TKR was funded by Bristol-Myers Squibb and Janssen Research and Development.