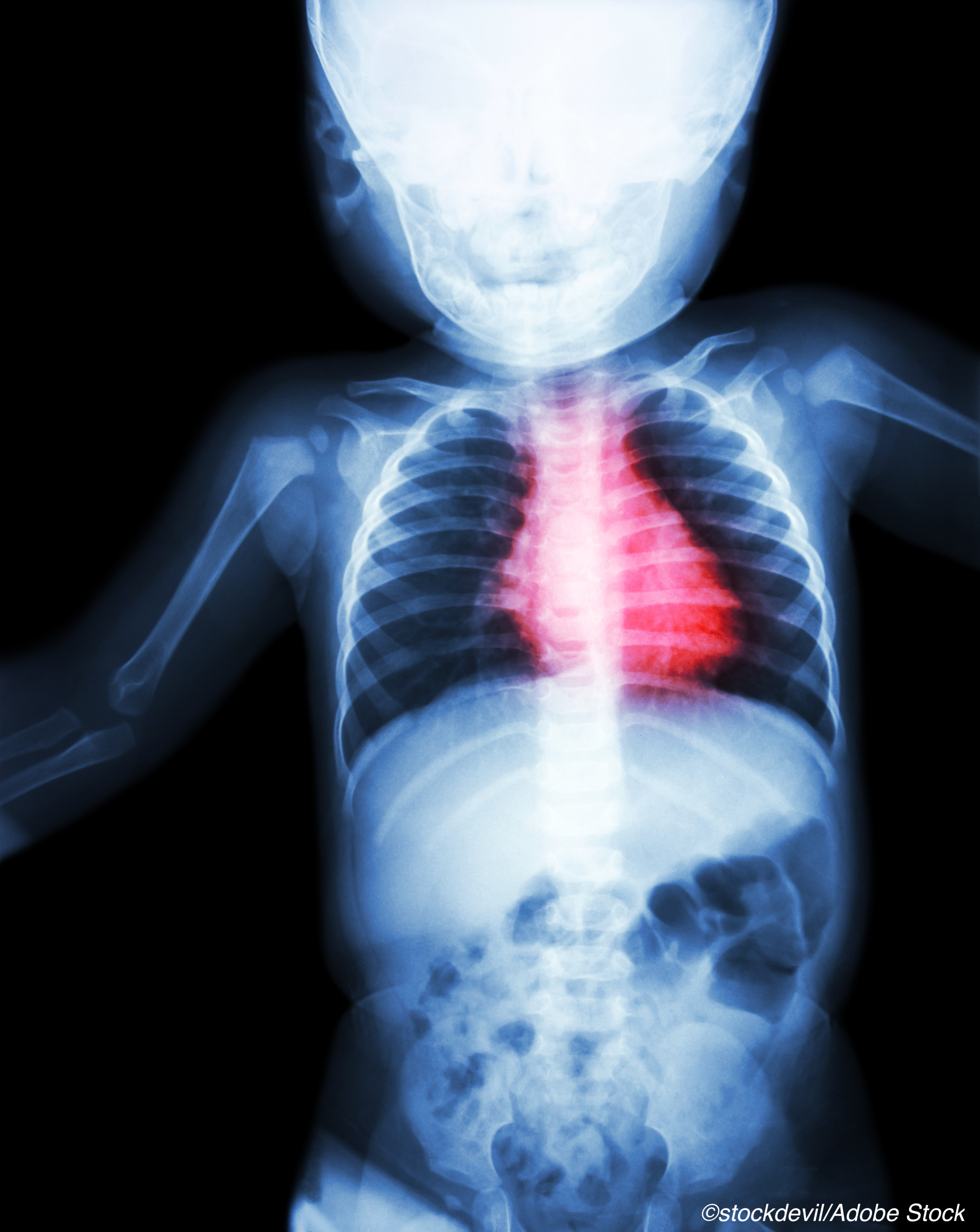 But durability of protection is still unknown

Just months after the United States entered World War II, a 33-year-old woman received an experimental treatment that changed her life and the lives of most Americans—including many of the men and women who would serve in that war. The woman had been hospitalized for a month with streptococcal septicemia contracted during childbirth. The experimental treatment was penicillin.

“Her hospital chart, now at the Smithsonian Institution, indicates a sharp overnight drop in temperature; by the next day, she was no longer delirious. She survived to marry, raise a family, and meet Sir Alexander Fleming, the scientist who discovered penicillin. The patient died in June 1999 at the age of 90 years,” Rachel Haiar, MD, wrote in “Rheumatic Fever and Rheumatic Heart Disease a Historical Perspective” in Heart Views.

Among the “deadly infectious diseases” that could be treated and vanquished with antibiotic therapy was streptococcal pharyngitis, aka rheumatic fever, which was the leading cause of death in the U.S. for “individuals between age 5 and 20 years of age” during the 1920s, Haiar wrote.

In the U.S., the incidence of acute rheumatic fever, which is the cause of rheumatic heart disease, is “largely unknown as it is no longer a national notifiable disease,” according to the Centers for Disease Control and Prevention. But worldwide, rheumatic heart disease is estimated to affect 40.5 million people and claims 306,000 lives each year, according to Andrea Beaton, MD, of Cincinnati Children’s Hospital Medical Center, and the Department of Pediatrics, University of Cincinnati School of Medicine, and an international team of co-investigators who conducted a randomized trial of Ugandan children with confirmed latent rheumatic heart disease to determine if two years of penicillin treatment—oral or injected—could prevent progression of disease.

The results, which were published in The New England Journal of Medicine and presented at the American Heart Association’s Virtual Scientific Sessions 2021, are impressive: “A total of 3 participants (0.8%) in the prophylaxis group had echocardiographic progression at 2 years, as compared with 33 (8.2%) in the control group (risk difference, −7.5 percentage points; 95% confidence interval, −10.2 to −4.7; P<0.001).” The number needed to treat to prevent one child/adolescent from progressing was 13 (95% CI, 10-21).

Of interest, regardless of treatment group (prophylaxis or controls) about half of the participants had echocardiographic evidence of disease regression at two years. And, among those 386 participants who had regression, “363 (94%) had a normal echocardiogram at the end of the trial.”

That finding is particularly important when one considers the inherent difficulty of diagnosing rheumatic heart disease. The cause, as previously stated, is rheumatic fever, which is “diagnosed infrequently in low-resource settings for several reasons, including limited health-seeking behavior, varied presentations, and overlap with other common illnesses, such as malaria and viral infections. Rather, most patients receive the diagnosis of rheumatic heart disease when the disease is advanced and complications have developed. Late diagnosis is associated with high mortality at a young age, in part owing to the missed opportunity to benefit from prophylaxis. If patients can be identified early, the period between initial valvular damage and clinical disease affords an opportunity for intervention and improved outcomes.”

But early identification for the possibility of prophylaxis presents an interesting clinical conundrum: penicillin is readily available and cheap, but identifying children who might benefit, e.g., those with mild valvular changes indicative of latent rheumatic heart disease, requires echocardiographic screening. Not cheap. Thus, making a case for screening to identify latent rheumatic heart disease does require proof that there is a way to prevent the disease from progressing. Which prompted Beaton and colleagues to conduct the trial in Northern Uganda “referred to as Gwoko Adunu pa Lutino (GOAL), meaning ’protect the heart of a child.’”

Although their trial results demonstrated the value of penicillin prophylaxis, Beaton and colleagues cautioned that their findings were “not sufficient justification for adoption of a screening policy,” and they pointed out that initial regression “does not imply lifelong protection. Rheumatic fever or progression of rheumatic heart disease may develop later in some children and adolescents. Further research is needed to identify subcategories of latent rheumatic heart disease that may pose a higher risk to children and adolescents than other subcategories and to refine recommendations for the duration of prophylaxis, including the safety of discontinuing prophylaxis in persons with normalization of echocardiographic findings.”

So, what do these data mean for U.S. clinicians? BreakingMED asked American College of Cardiology Trustee Sandeep Krishnan, MD, Director of the Interventional Cardiology/Structural Heart Disease Program at the Joan C. Edwards School of Medicine, Marshall University in Huntington, West Virginia, to offer some context.

“This is a very well done, very interesting study… Rheumatic heart disease is still a big issue worldwide,” he explained, adding that in the U.S. it is no longer a major public health concern in most areas. “But do you know about Appalachia? This is really a health disparities issue, and in this area that is a concern.” He noted that although an untreated strep infection is virtually unheard of in much of the U.S., in areas such as Appalachia there are a dearth of not only health services, but also “just the ability to communicate. There are no smart phones. They are still using flip phones here, and that is the only phone they have available.” In such communities, rheumatic fever is not unknown, he said.

But to get a handle on the actual numbers is difficult. Krishnan cited an article published in Circulation last August, a 10-year multicenter review of rheumatic heart disease in the U.S. Twenty-two pediatric institutions participated and the review of their records identified 947 cases, with 9 being the median age at diagnosis. Of interest, more than half of the cases were in non-White boys and most of the cases were home grown—only 13% of the cases had reported travel to countries with high rates of rheumatic heart disease.

Krishman said the aspect of the study that he found most compelling was the number needed to treat: “It was 13! That is really, really strong and something we just don’t see in cardiology studies.”

In the GOAL trial, the researchers used echocardiograms to screen 102,200 children ages 5-17 and confirmed evidence of disease in 926, of whom 916 were enrolled in the study. “The consensus panel review of the confirmatory echocardiograms that had been obtained at enrollment led to the exclusion of 98 participants (10.7%) owing to reclassification (77 as normal, 15 as alternative diagnosis, and 6 as moderate or severe disease). The remaining 818 participants (409 in each group) composed the modified intention-to-treat population.”

Of those, 799 completed the trial: 399 in the penicillin prophylaxis arm and 400 controls. “Participants in the prophylaxis group received intramuscular penicillin G benzathine every 4 weeks for 2 years (a total of 26 injections), with an acceptable window of 24 to 32 days between injections. Injections of penicillin G benzathine were administered by trial staff who were trained in best practices. 21 participants in the control group received no prophylaxis and no placebo,” they wrote.

Beaton and colleagues concluded that “in the GOAL trial, secondary antibiotic prophylaxis reduced the risk of progression of latent rheumatic heart disease in children and adolescents. Although further research is needed to assess real-world implementation, population-based screening and initiation of prophylaxis may eventually prove to be integral components of the National Rheumatic Heart Disease action plans envisioned by the World Health Assembly in 2017 in a resolution on rheumatic heart disease.”

And a final thought worth remembering—in 1884, the French physician Ernst-Charles Lasègue offered this observation: “Pathologists have long known that rheumatic fever licks at the joints, but bites at the heart.”

Beaton had no disclosures.