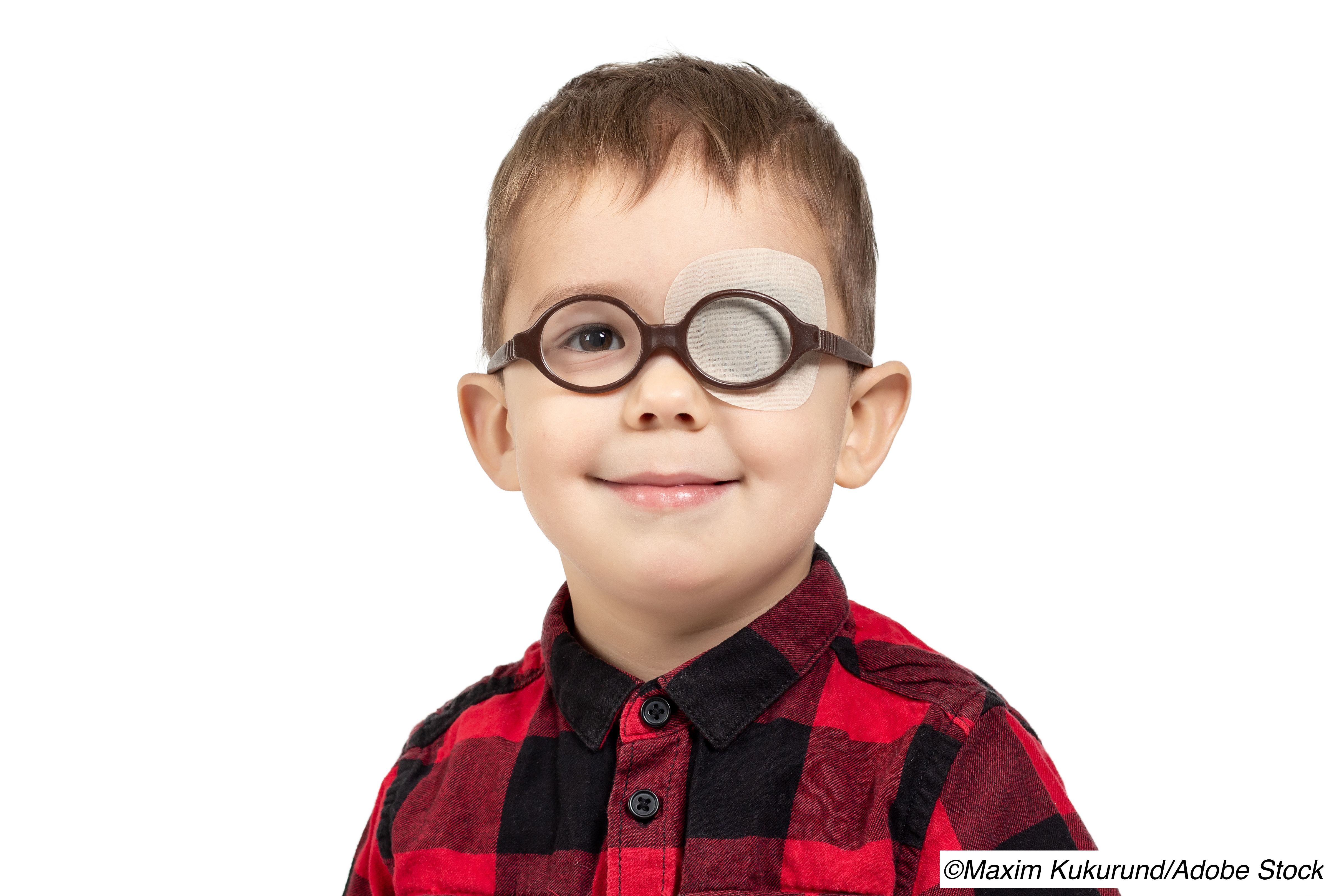 Amblyopia, colloquially known as “lazy eye,” is one of the most common causes of monocular vision impairment, Hong Liu, MD, PhD, of Shanghai Jiao Tong University School of Medicine in Shanghai, China, and colleagues explained in JAMA Ophthalmology.

Typically, the firstline treatment choice for severe amblyopia (defined as best-corrected VA of the amblyopic eye of 20/100 or worse) involves using an eye patch to cover the unaffected eye, or “fellow” eye, to strengthen the amblyopic eye; however, poor adherence often compromises the treatment’s efficacy, particularly in children, who may not fully grasp the importance of consistent patch use. Meanwhile, blurring the fellow eye with atropine has demonstrated better treatment adherence compared to patching.

One clinical trial conducted by the Pediatric Eye Disease Investigator Group (PEDIG) among children ages 7-17 with amblyopia suggested that combined atropine and patching therapy (CAPT) could potentially solve this adherence problem. Patients who received CAPT in addition to optical correction achieving better VA than patients who received optical correction alone. However, whether CAPT has advantages over patching alone has not been assessed, Liu and colleagues wrote.

The study authors conducted this analysis to compare the efficacy of CAPT versus patching alone in a cohort of 108 children ages 3-12 years with severe amblyopia. Their findings suggest that CAPT was superior to patching alone for improving mean amblyopic eye VA at three- and six-month timepoints. However, they also noted that “the differences were relatively small and the clinical relevance of this difference cannot be determined by this trial.” And, notably, the majority of patients recruited for the analysis were younger than 7 years old, which limited the strength of the trial.

Liu and colleagues concluded that, while CAPT appears to be a promising option for improving outcomes among patients with amblyopia, “a further study with a larger sample size for children ages 7 to 12 years is needed to determine a more precise estimate of the treatment effect and whether 1 management strategy has superiority over the other.”

In an invited commentary, David C. Musch, PhD, MPH, of the University of Michigan, Ann Arbor, and John D. Baker, MD, of Children’s Eye Care Michigan in West Bloomfield and the Children’s Hospital of Michigan in Detroit, agreed that the CAPT approach will need further evaluation in future trials, noting that the recruitment limitation cited by Liu et al is not the only factor that limited the strength of this study.

“Of some concern is the fact that the protocol did not call for a run-in phase, wherein the children would have worn an optimal spectacle correction for at least 4 weeks to obtain the effect of the tested treatments over the amount of vision improvement gained by spectacle wear alone,” they argued.

In the same PEDIG trial that Liu and colleagues referenced in their study, “25% of the group of 7- to 12-year-old children and 23% of the group of 13- to 17-year-old children showed at least a 2-line improvement in vision with wearing optical correction alone. A run-in period criterion is found in the numerous PEDIG RCT protocols for amblyopia treatment, and its lack in the current trial prevents a head-to-head comparison with outcomes from those trials.”

Despite this, Musch and Baker added that the study authors “are to be commended for completing a trial that certainly took much effort simply to enroll and for their modesty in reporting the uncertain clinical relevance of their findings.”

For their analysis, Liu and colleagues recruited children ages 3-12 years old with amblyopia from Eye & ENT Hospital of Fudan University in Shanghai. Participants were stratified by age (3-6 years and 7-12 years). Once diagnosed, the children were prescribed glasses if needed and initiated either CAPT or patching therapy alone. Parents were asked to record the number of hours using the patch in both groups and the day of using atropine in the CAPT group, they explained.

Children in the patching group were assigned to continuous patching of the fellow eye for six hours a day and instructed to engage in near-visual activities “such as painting or playing video games” for at least one hour while wearing the patch. Children in the CAPT group received the same, plus one drop of atropine sulfate, 1%, eye gel once a day for the first three days and then once every two days. If VA in the amblyopic eye improved “to be one line lower than the fellow eye VA at three months, the patching time would be decreased to two hours per day, and the use of atropine would be reduced to twice a week.”

Follow-up visits occurred at three and six months. Best-corrected VA was assessed at each visit for both eyes; ocular alignment and stereoacuity were measured at six months in the patching group and at second visit after discontinuance of atropine for two weeks in the CAPT group.

Interestingly, participant adherence to patching time was similar between both treatment groups, indicating that the difference in VA change between the groups was attributable to use of atropine—and, the study authors added, atropine adherence was “excellent” in 75% of participants in the CAPT group.

“These findings suggest that the CAPT would be more helpful for children who have poor adherence with patching,” they argued. “However, although CAPT is an alternative to patching therapy alone, this trial cannot determine if children with poor adherence to patching would have greater improvement with one versus the other strategy.”

Other study limitations included a lack of assessment for fixation preference and near VA with spectacles in the cycloplegic fellow eye; VA improvement may be less in practical treatment than in this study because the requirement to keep a daily record of treatment adherence and attend scheduled follow-up may have prompted better compliance; and the study’s generalizability is limited by its single-center format.

The study authors and editorialists had no relevant relationships to disclose.