Aortic Dissection Runs in the Family 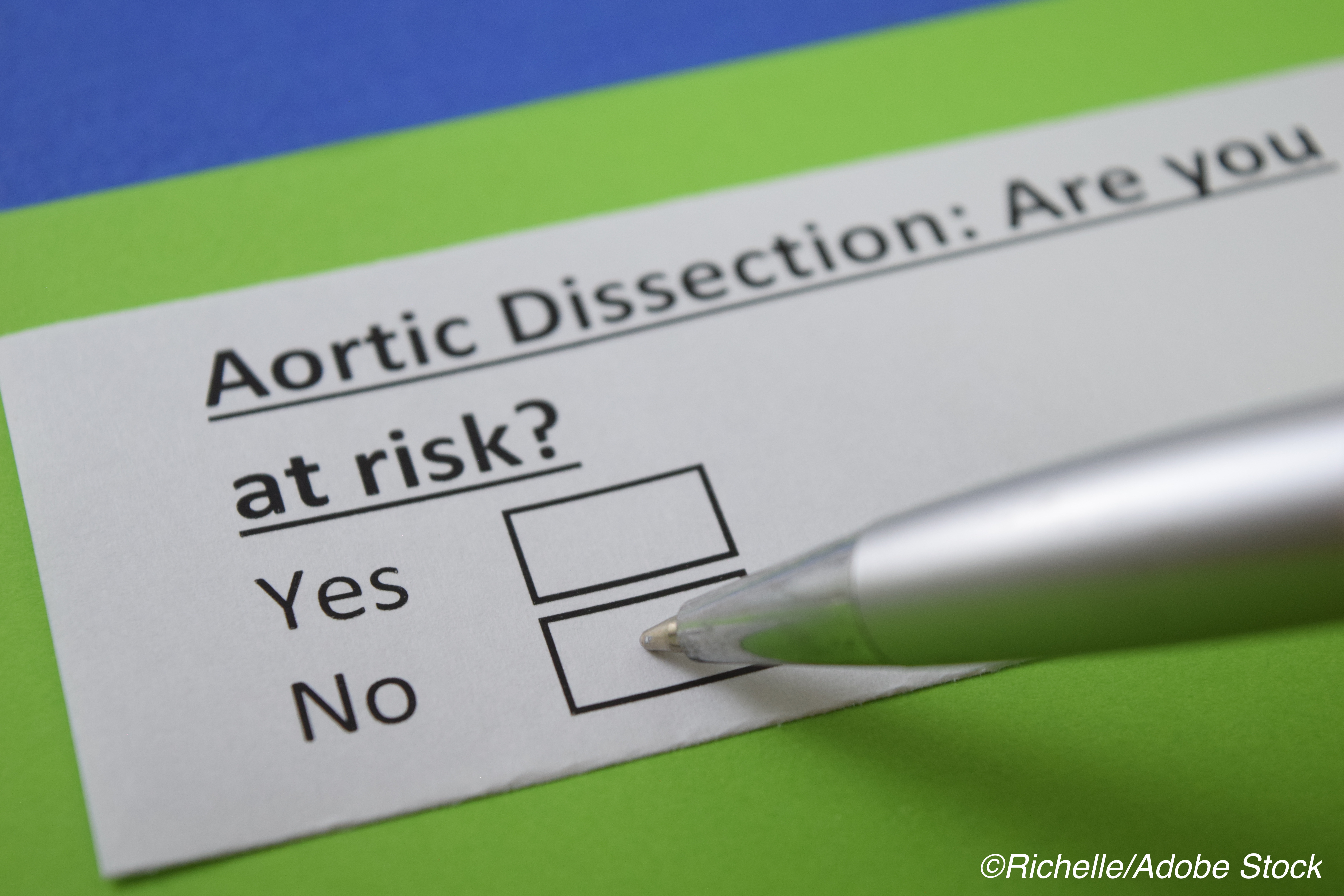 While family history is a strong risk factor, both genetic and environmental factors contribute

History of aortic dissection in first-degree relatives was linked to increased risk for aortic dissection (RR 6.82, 95% CI 5.12-9.07), reported Pao-Hsien Chu, MD, of the Chang Gung Memorial Hospital in Taiwan, and coauthors, in the Journal of the American College of Cardiology.

“We recommend routine imaging and genetic screening of individuals with a family history of aortic dissection,” they added. “Close surveillance and aggressive control of risk factors or even preventive aortic replacement in high-risk populations may decrease the frequency of dissection and possibly reduce mortality through an earlier preclinical diagnosis in affected families.”

In an accompanying editorial, John Elefteriades, MD, and Bulat Ziganshin, MD, PhD, both of Yale University, wrote, “The thrust of the study, like that of our earlier work, is that families with dissection manifest a much higher virulence of the aneurysmal disease.

In their study, Chu and colleagues analyzed data for patients with aortic dissection between 2000 and 2015 from the Taiwanese National Health Insurance Administration, a government-run universal single payer system covering 99% of Taiwan’s population. They conducted a cross-sectional study on 23,868 patients for those with aortic dissection diagnosis in 2015, including additive genetic and environmental factor analysis.

Adjusted risk ratios for family members were significant for:

“The relative risk of dissection increased according to closeness of the genetic link—rising from parents, to offspring, to siblings,” the editorialists observed.

Limitations include lack of anatomic imaging data, including CT scans. Severity and aortic dissection subtype were not analyzed separately. As a population-based study in Asia, generalizability to other groups may be limited.

This work was supported by grants from Chang Gung Memorial Hospital and the Ministry of Science and Technology.

The authors reported no relevant relationships.

Elefteriades served as Principal for CoolSpine, on the Data and Safety Monitoring Board for Terumo, and as a consultant for CryoLife. Ziganshin reported no relevant relationships.