Aortic Regurgitation: For Risk Stratification, Include LVESVi and Volume-derived LVEF 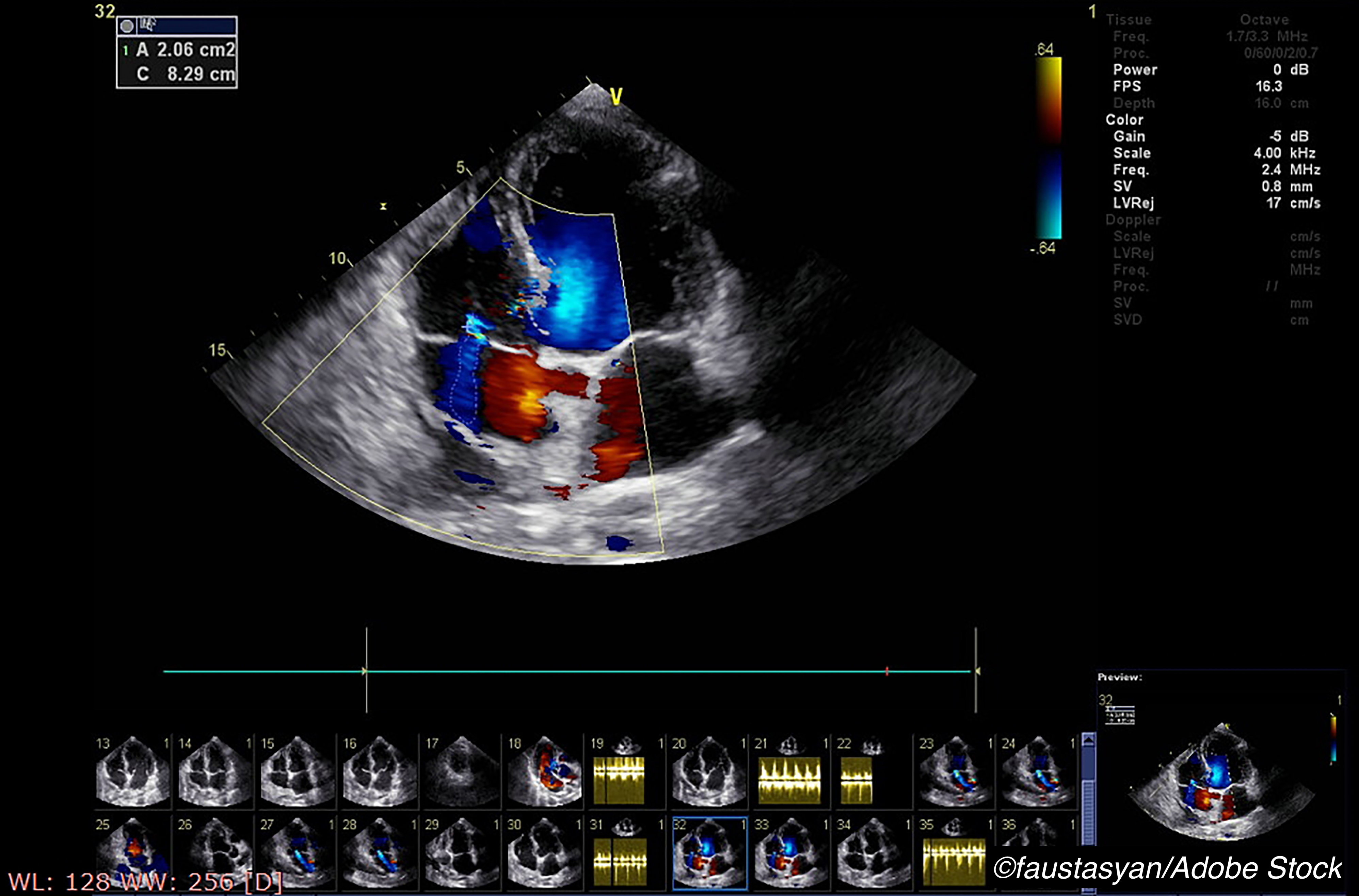 In asymptomatic AR patients, LVESVi and Vol-LVEF as effective as LVESDi and linear LVEF for mortality risk assessment

Measurements of left ventricular end-systolic volume index (LVESVi) and volume-derived left ventricular ejection fraction (Vol-LVEF) are as effective as linear LV end-systolic dimension index (LVESDi) and linear LV ejection fraction (LVEF) in differentiating patients with hemodynamically significant aortic regurgitation (AR) who may have an excess risk of death, according to a recent study.

In addition, an LVESVi threshold of ≥45 mL/m2 was significantly associated with increased risks of mortality, the study authors reported in JAMA Cardiology.

“Patients with AR may remain asymptomatic for years, but when symptoms or reduced LVEF (class I indications) develop, post-AVS outcome is worse than those having surgery for non–class I indications. Therefore, it is crucial to investigate determinants of death in asymptomatic patients, and although artificial, identify thresholds for surgical timing in patients not yet attaining class I surgical indications,” they added.

After a median follow-up of 5.4 years, they found that asymptomatic AR patients are at low risk for mortality, with a 10-year survival similar to that of an age- and sex-matched general population. There was also an inverse association between age and LVESVi, but not LVESDi.

Additional results from Yang and colleagues included the following:

“Our results should not be interpreted as suggesting that conventional LV indexes (linear LVEF, LVESDi) are inferior to volume-derived parameters, but rather, that all 4 parameters offer opportunities to identify patients at risk of excess death in a low-risk asymptomatic AR population,” Yang and colleagues added.

In an accompanying editorial, Robert O. Bonow, MD, MS, editor of JAMA Cardiology, and of Northwestern University Feinberg School of Medicine in Chicago, and Patrick T. O’Gara, MD, of Brigham and Women’s Hospital, Boston, hailed these results as “an important step forward” in the care of patients with asymptomatic moderate/severe AR.

“Echocardiographic laboratories for several years have reported LV volumes, and the American Society of Echocardiography and European Society of Cardiovascular Imaging (ASE/ ESCVI) have jointly published criteria for severity of LV dilation based on LV end-systolic volume index (LVESVi). However, guideline recommendations for surgery remain based on linear measurements of LVESD and LVESDi using technology 30 to 40 years old, since there has been insufficient outcomes evidence based on LV volumes,” they wrote.

Like Yang and colleagues, however, Bonow and O’Gara were careful to add that LVESVi and Vol-LVEF should not replace LVESDi.

“While the current analysis provides helpful metrics for use of LVESVi in chronic aortic regurgitation, it is noteworthy that LVESVi did not clearly outperform LVESDi regarding mortality risk. It would thus not be wrong for clinicians to continue to use LVESDi in decision-making, but with the proviso that this and previous studies indicate that outcomes may be optimized using lower LVESDi thresholds than the current guidelines’ recommendation of 25 mm/m2,” they concluded.

Yang and Bonow reported no disclosures.

O’Gara has served on the executive committees of the APOLLO Transcatheter Mitral Valve Replacement Trial for Medtronic and the EARLY TAVR trial for Edwards Life Sciences outside the submitted work.