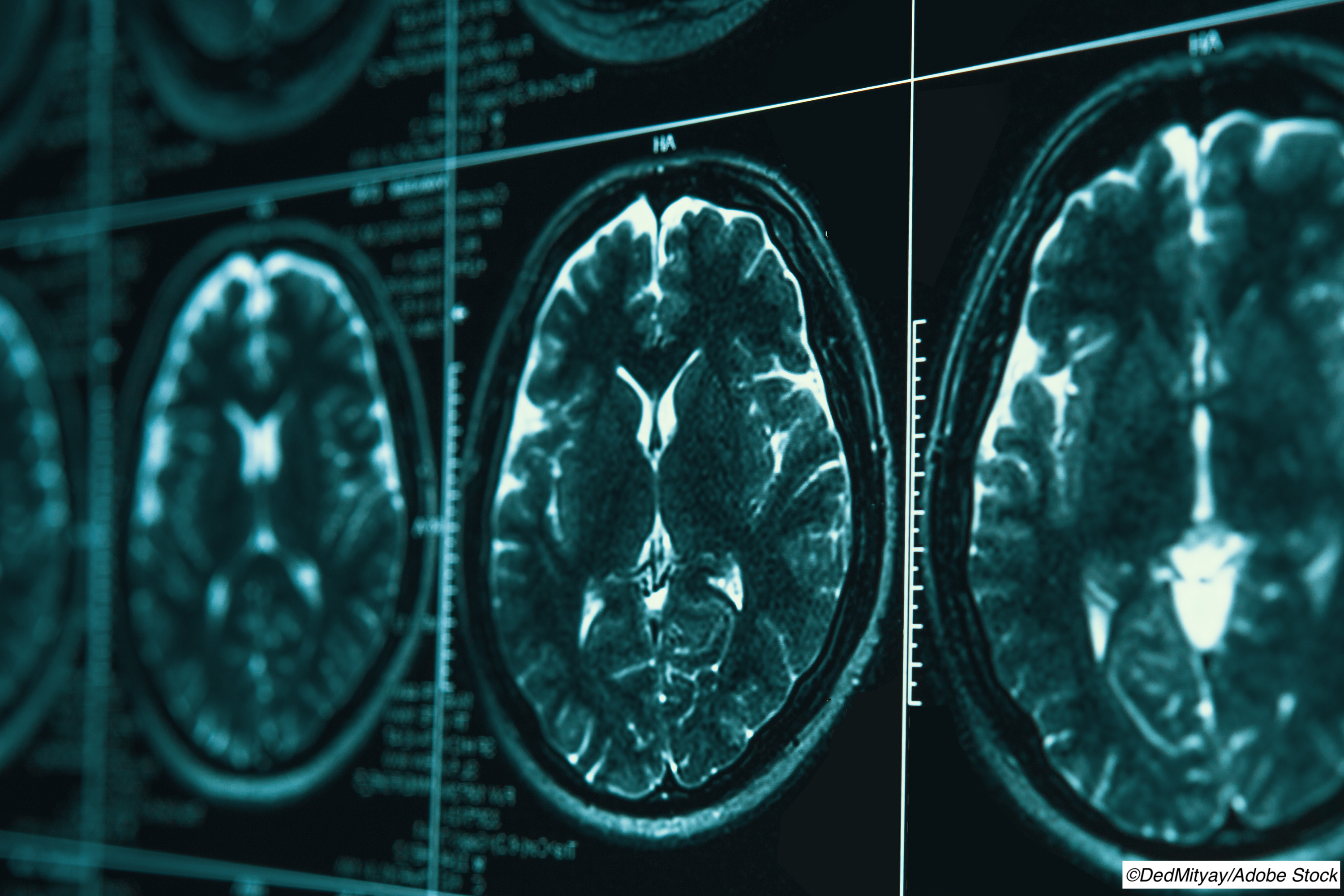 Aducanumab is a monoclonal antibody targeting amyloid-β, which is implicated in Alzheimer’s disease pathology. The phase III trials EMERGE and ENGAGE were stopped early for futility, but the manufacturer’s later analysis of extant data was used in the FDA approval decision in June 2021. The approved maintenance dose is 10 mg/kg, and prescribing information includes a warning for ARIA.

“In patients with identified ARIA, prescribers should carefully assess the radiographic and clinical findings when deciding whether to continue dosing,” Karen Smirnakis, MD, of Biogen Inc. in Cambridge, Massachusetts, and co-authors wrote in JAMA Neurology.

“Safety data collected while treating patients with aducanumab in real world settings as well as clinical settings through the phase IIIb EMBARK redosing trial and forthcoming FDA-mandated confirmatory clinical studies will continue to inform best practices and characterization of ARIA in the clinic,” Smirnakis and colleagues added.

“This overdue paper provides important data that can better inform clinicians regarding the nature, timing, and risks of ARIA and the safety profile of aducanumab in the pivotal clinical trials of the drug,” noted Alireza Atri, MD, PhD, director of the Banner Sun Health Research Institute in Sun City, Arizona, who was not involved with the analysis.

“In one aspect, it is reassuring that in the context of a highly regulated setting, with the inclusion of the right type of patients—regarding stage, and cerebrovascular and safety risks for ARIA—who underwent strict monitoring under close supervision by highly proficient clinician-investigators, ARIA risk was manageable,” Atri wrote in an email to BreakingMED.

“Yet the FDA label is much more liberal in regards to patient inclusion, contraindications—none were specified—and safety monitoring,” he continued. “Thus, most of us who have high proficiency with this drug in clinical trials think it’s critical, and very prudent, to take a more conservative approach to put in place safety guardrails for this class of drugs in clinical practice until we have better infrastructure and know-how for managing it in the real world.

“This can be done by initially restricting the treatment choice to patients who are very similar to those in the clinical trials; and for the treatment and monitoring to be done by clinicians who are proficient by training, experience, or certification,” Atri suggested. “In the meantime, it would be important to build the knowledge base, clinical infrastructure, and a registry to better inform us about the short- and long-term risk-benefit and value of this new class of drugs in the real world.”

The analysis included 3,285 participants who received one or more doses of either placebo (n=1,087) or aducanumab (n=2,198) during the trials’ placebo-controlled periods. Participants were randomized to high-dose (10 mg/kg) or low-dose (6 mg/kg and 3 mg/kg) intravenous aducanumab or placebo once every 4 weeks through 20 doses.

ARIA events with edema (ARIA-E) and hemorrhage (ARIA-H) were identified by protocol- and clinically driven MRIs interpreted by central radiologists with expertise in ARIA, who distinguished severity as mild, moderate, or severe.

“Consistent with prior aducanumab studies and with data from other anti-amyloid-β immunotherapies, the incidence of ARIA-E was highest in the high-dose (10 mg/kg) group versus lower doses,” the researchers noted.

Among people with ARIA-E in the 10 mg/kg group, radiographic severity was mild in 30.1%, moderate in 57.7%, and severe in 12.2%. Of those with ARIA-H-microhemorrhage and ARIA-H-superficial siderosis, radiographic findings were severe in 11.7% and 21.9%, respectively.

Median duration of symptoms was 5 weeks in the 10 mg/kg group. Eleven people (1.1%) received a concomitant medication for an ARIA event; corticosteroids and acetaminophen were most common.

Radiographic findings resolved in 68.9% by 12 weeks and 82.8% by 16 weeks. “ARIA-E was transient, with episodes resolved typically within 12 to 16 weeks after initial detection, with no areas of residual edema,” Smirnakis and colleagues wrote.

Discontinuation of aducanumab due to ARIA occurred in 6.2% of the 10 mg/kg group, including 8.2% of APOE4 carriers. About one in ten people (10.6%) had recurrent ARIA-E episodes.

“ARIA risk minimization in the EMERGE and ENGAGE trials included dose titration (based on data from the PRIME study); routine brain MRI monitoring as well as ad hoc MRI testing as clinically indicated; and dose suspension or permanent discontinuation,” the researchers wrote. “Based on the study protocol, participants with radiographically mild and asymptomatic ARIA could continue dosing without interruptions.”

’With the recent FDA approval of aducanumab for the treatment of AD, ARIA will be monitored and managed regularly outside of clinical trials for the first time,” Smirnakis and co-authors added. “Although ARIA can occur at any time, clinical suspicion for ARIA should be highest early in treatment, and routine surveillance MRIs should be supplemented with ad hoc MRIs in patients with new onset symptoms potentially associated with ARIA.”

“Guidance on the timing of surveillance MRIs for detection of asymptomatic ARIA is described in the [aducanumab] U.S. prescribing information (obtain MRI prior to the 7th and 12th infusions, in addition to as clinically indicated),” they noted.

Most first ARIA-E events occur prior to the scheduled 12th dose (i.e., week 44), the researchers stated. “A 2021 publication references monitoring for asymptomatic ARIA using the EMERGE/ENGAGE MRI schedule,” they wrote.

Limitations of the analysis included the discontinuation of both trials with loss of 35% of patients in the EMERGE trial and 30% in the ENGAGE trial. Findings apply only to people with MCI or mild Alzheimer’s disease. In addition, the studies lacked racial and ethnic diversity, and data about the frequency and severity of ARIA in other populations are limited.

The EMERGE and ENGAGE trials were funded by Biogen.

Smirnakis is a shareholder of Biogen.

Atri was a site investigator for the aducanumab EMERGE trial. He has served as a consultant for Biogen and for other companies researching anti-amyloid drugs for Alzheimer’s disease. He was on the key expert panel (independent of Biogen or any company) and was one of the authors of the “Aducanumab: Appropriate Use Recommendations” paper (J of Prevent AD 2021).