AVS Or Imaging: Is There A Correct Dx Choice in Patients with Primary Hyperaldosteronism? 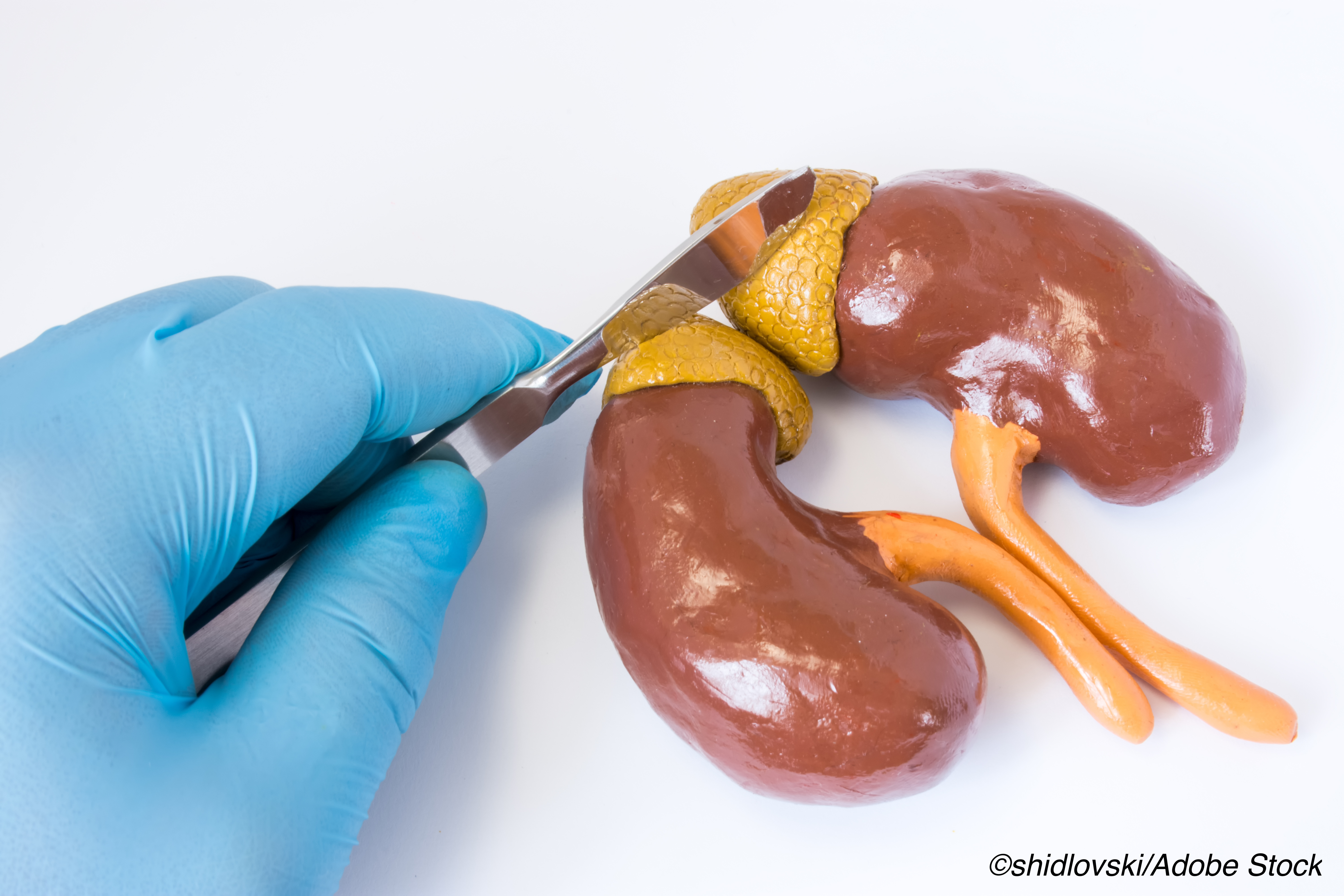 No between-group differences in surgical outcomes, but selectivity is key

When used sparingly, preoperative adrenal venous sampling (AVS) before adenectomy is safe and effective in select patients with primary hyperaldosteronism (PHA) who demonstrate clearly visualized unilateral adenomas and a normal contralateral gland, concluded researchers of an international study. They added, however, that in appropriate clinical settings, AVS may not be required for preoperative confirmation of aldosterone-producing adenoma (APA) based on the similarities in clinical outcomes seen between patients undergoing AVS and those having imaging alone.

Current recommendations from the Endocrine Society call for AVS in patients in whom surgical treatment is feasible to distinguish between bilateral adrenal hyperplasia (BAH) and APA.

“However, AVS is invasive, technically difficult, requires access to a specialty center, and success rates vary widely. Complications occur in approximately 2.5% of cases and can include significantly morbid conditions such as adrenal vein dissection and adrenal hemorrhage. Laparoscopic adrenalectomies have been shown to have the same operative risk as laparoscopic cholecystectomies. In light of these data, other experts have suggested a more practical approach of selective AVS that accounts for patient preference, age, comorbidities, and the probability of finding an APA based on clinical presentation,” they added.

To determine whether outcomes were different in patients with primary aldosteronism with unilateral adenomas who underwent AVS preoperatively before adenectomy compared with those who underwent preoperative imaging alone, Thiesmeyer and colleagues conducted this retrospective study. In all, they included 125 patients (mean age: 50.2 years; 42.4% female) with primary aldosteronism with unilateral adenomas, 45 of whom underwent preoperative AVS (n=45) and 80 of whom proceeded to surgery based on imaging alone.

Only patients with completely normal contralateral glands on preoperative cross-sectional imaging and postoperative biochemical markers were included in their analysis.

“It is compelling that 98.8% of patients in the imaging-only group resolved autonomous aldosterone secretion after adrenalectomy while avoiding all AVS risks and costs,” noted Doherty et al.

Thiesmeyer and fellow researchers also found similar numbers of patients in whom hypertension was at least partially clinically resolved after adrenalectomy (93.3% of the AVS group vs 91% of the imaging only patients; P=0.87).

Researchers also performed a subgroup analysis of 12 patients with tumors less than 10 mm and found no differences in outcomes when comparing AVS with imaging-only.

In conclusion, wrote Thiesmeyer et al, “Given the improved sensitivity of cross-sectional imaging in detection of adrenal tumors, adrenal venous sampling may be selectively performed in appropriate patients with clearly visualized unilateral adenomas without affecting outcomes. This may facilitate increased access to surgical cure for aldosterone-producing adenomas and will decrease the incidence of morbidities associated with the procedure.”

The use of AVS is controversial, Gerard M. Doherty, MD, of Brigham and Women’s Hospital, Harvard Medical School, Boston, MA, and colleagues explained in an accompanying editorial.

“The best role for AVS in the workup of PHA is continually debated among endocrinologists and endocrine surgeons. There is a clear agreement that AVS is necessary to determine if and on which side there is laterality of aldosterone overproduction when there are either normal-appearing or abnormal-appearing glands bilaterally. The controversy lies with the most common scenario of patients who have a unilateral lesion 1 to 2 cm in diameter and a contralateral normal gland. Although many experts prefer the preoperative certainty of AVS to confirm imaging evidence, others choose selective application of AVS,” they wrote.

“[S]election errors can lead to ineffective adrenalectomy in patients with bilateral causes of PHA and remove the chance for cure if the side opposite the side with the pathology is removed,” they wrote, adding that the results from Thiesmeyer et al underscore the successful application of selective AVS in choosing patients.

“These data support the argument that experts using modern, high-resolution cross-sectional imaging can apply AVS selectively in patients with clearly visualized unilateral adrenal tumors without negatively affecting outcomes. Given the underrecognized prevalence of PHA (as high as 22% in patients with resistant hypertension), limiting indications for AVS in about half of PHA cases could have a staggering outcome on cost and patient burden while potentially improving access to surgery,” concluded Doherty and fellow authors.

This study was supported by the Department of Surgery at Weill Cornell Medical College.

Thiesmeyer and Doherty reported no disclosures.

Expanding our understanding of ovarian cancer risk: the role of incomplete pregnancies.