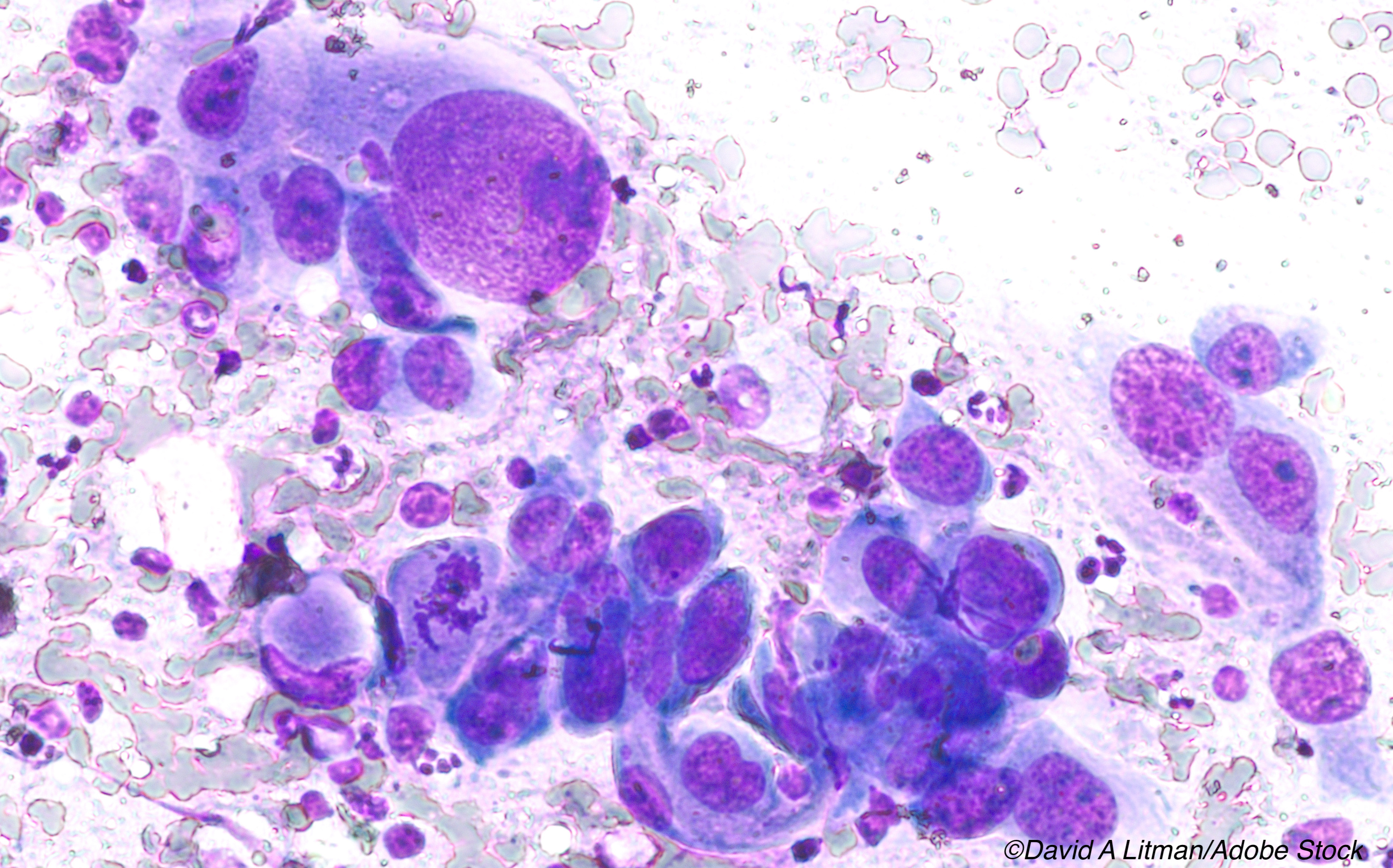 In a phase 2 trial, the addition of bevacizumab, a vascular endothelial growth factor (VEGF) inhibitor, to osimertinib, an epidermal growth factor receptor-tyrosine kinase inhibitor (EGFR-TKI), did not prolong either progression-free or overall survival (OS) in patients with EGFR-mutated, advanced non-small cell lung cancer (NSLC) who had acquired resistance to prior EGFR inhibitor therapy.

In a small group of 81 Japanese patients with advanced NSCLC with the EGFR T790M mutation acquired from prior exposure to EGFR-TKI treatment, the combination of the VEGF inhibitor, bevacizumab, plus the EGFR-TKI, osimertinib, was associated with a more robust overall response rate at 71.8% (95% CI, 50.9-81.4%) compared with 55% (95% CI, 37.4-69.3%) for osimertinib alone, Hiroaki Akamatsu, MD, PhD, Wakayama Medical University in Wakayama, Japan and colleagues reported in JAMA Oncology.

However, the improvement in response rate seen in the combination arm did not translate into an improvement in either median progression-free or OS compared to the single-agent arm, investigators noted.

“To our knowledge, this is the first randomized clinical trial to explore the efficacy of adding anti-VEGF inhibitor to osimertinib,” Akamatsu and colleagues wrote.

“The current study’s data suggested that the prior exposure to anti-VEGF inhibitors clearly had [a] detrimental effect on second-line osimertinib plus bevacizumab [and m]ore importantly, this combination itself [should] no longer [be considered] effective in patients with EGFR T790M-mutrated disease,” they concluded.

The open-label, multi-institutional study assessed feasibility of the treatment in a pilot lead-in in which 6 patients “… were treated with a fixed dose of osimertinib (80 mg/d) and bevacizumab (15 mg/kg, every 3 weeks).”

After confirming feasibility, eligible patients were equally randomized to the combination arm or single-agent osimertinib.

“All patients were orally administered 80 mg of osimertinib every day,” the authors observed, “[while p]atients who participated in the lead-in part or [who] were allocated to the combination arm in the phase 2 part were intravenously administered 15 mg/kg of bevacizumab on day 1, every 3 weeks,” they added.

Median follow-up in the phase 2 part of the study was 16.2 months (range, 2.8-24 months) in the osimertinib arm and 16 months (range, 2.4-22.6 months) in the combination arm. The median age of study group was 68 years (range, 41-82 years); 41% were male, and the majority at 73% had clinical stage IV disease. Slightly over one-quarter of patients had brain metastasis while 15% had previously been treated with anti-VEGF therapy.

“Most AEs (adverse events) were generally mild (grade 1 or 2),” the study authors noted.

Interestingly, neither hematologic effects nor skin-related AEs were increased with the addition of bevacizumab.

As the authors noted, previous reports suggested that the combination of an EGFR-TKI plus an anti-VEGF inhibitor might be more beneficial in certain subgroups of patients including those with brain metastasis or pleural effusions.

“However, none of our subgroup analyses could identify [this] advantage,” Akamatsu and colleagues noted. Prior exposure to anti-VEGF inhibitor therapy may have also induced a different tumor environment that prevented synergy between osimertinib and bevacizumab.

Limitations to the study include the small number of patients involved; thus, results from this single study may not be conclusive.

Commenting on the study, Howard (Jack) West, MD, City of Hope Comprehensive Cancer Center in Duarte, California, pointed out that osimertinib is commonly given as first-line treatment for EGFR-mutated advanced NSCLC in response to evidence that there was a significant benefit, including in OS, with osimertinib over first-generation EGFR inhibitors in previously untreated patients with EGFR-mutated disease in the FLAURA trial.

“One might therefore argue that the result seen [in this study] in patients with EGFR T790M-mutated disease with acquired resistance to a prior EGFR inhibitor may not apply to osimertinib/bevacizumab administered in the first-line setting,” West wrote.

On the other hand, the negative findings from the current trial are not the first to have been observed with the combination of osimertinib plus bevacizumab in a similar patient population.

For example, a phase one/two trial also carried out in previously untreated patients with advanced, EGFR mutation-positive NSCLC demonstrated a median PFS of only 18.4 months in response to the bevacizumab/osimertinib combination—very similar to the median PFS of 18.9 months seen with osimertinib alone in the FLAURA trial.

“Meanwhile, studies from Japan of erlotinib with or without bevacizumab as first-line treatment for EGFR mutation-positive NSCLC have demonstrated a significant improvement in PFS not accompanied by an improvement in OS,” West pointed out.

Taken together, West concluded that the data on the use of a VEGF inhibitor with an EGFR inhibitor have not shown a survival benefit over EGFR inhibitor use alone in EGFR mutation-positive NSCLC.

“[T]he emerging data with osimertinib/bevacizumab are best characterized as disappointing,” West wrote; however, despite this, a phase 3 randomized trial of osimertinib with or without bevacizumab is currently being conducted through ECOG-ACRIN, “propelled by a presumption of benefit rather than an assessment of the clinical data available,” he added.

The research was supported by AstraZeneca Japan.

West reported receiving personal fees as a consultant and speaker from AstraZeneca and Genentech/Roche. 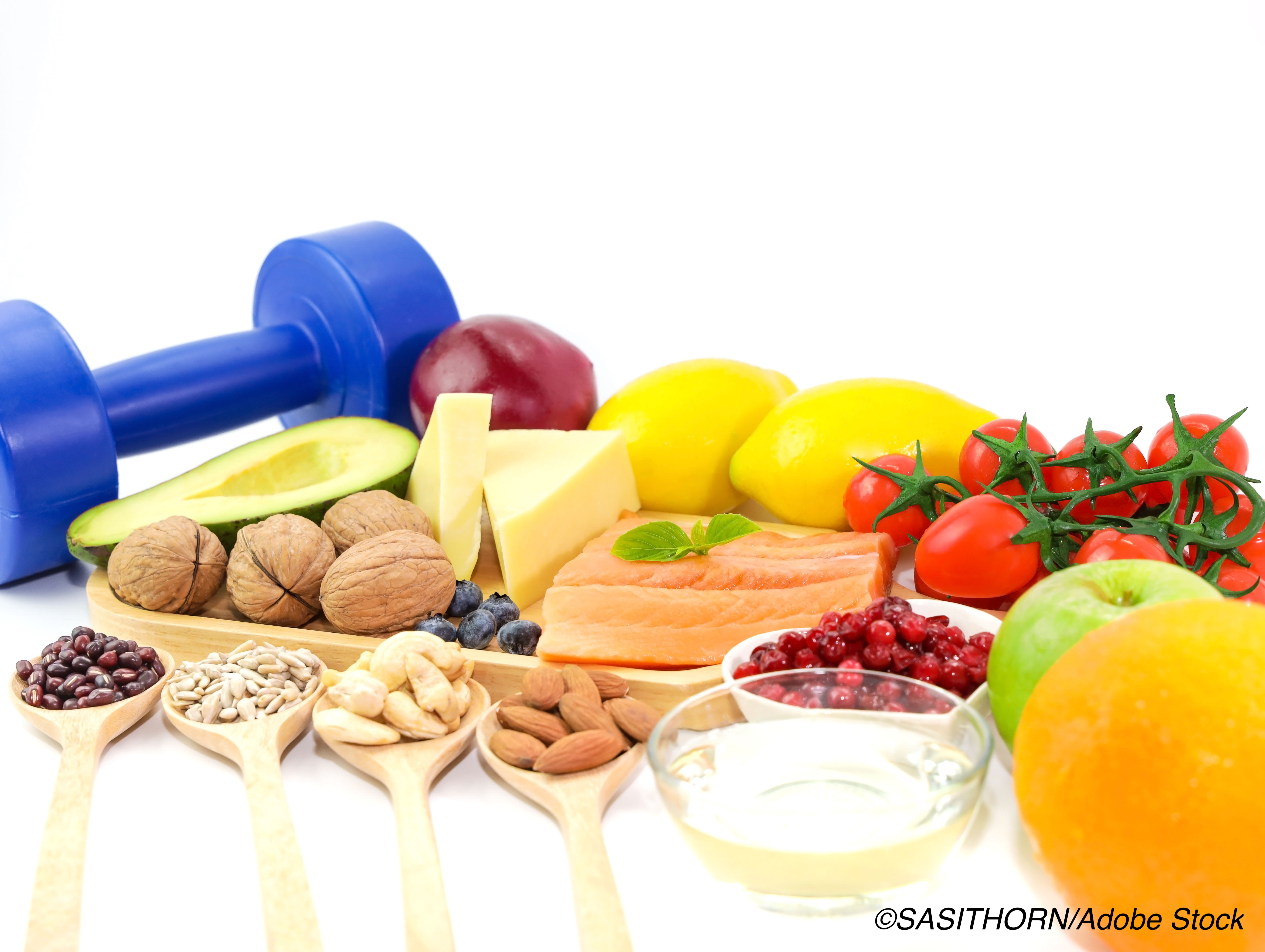