Biomarker-Based Asthma Treatment Fails to Reduce ICS Use in Study 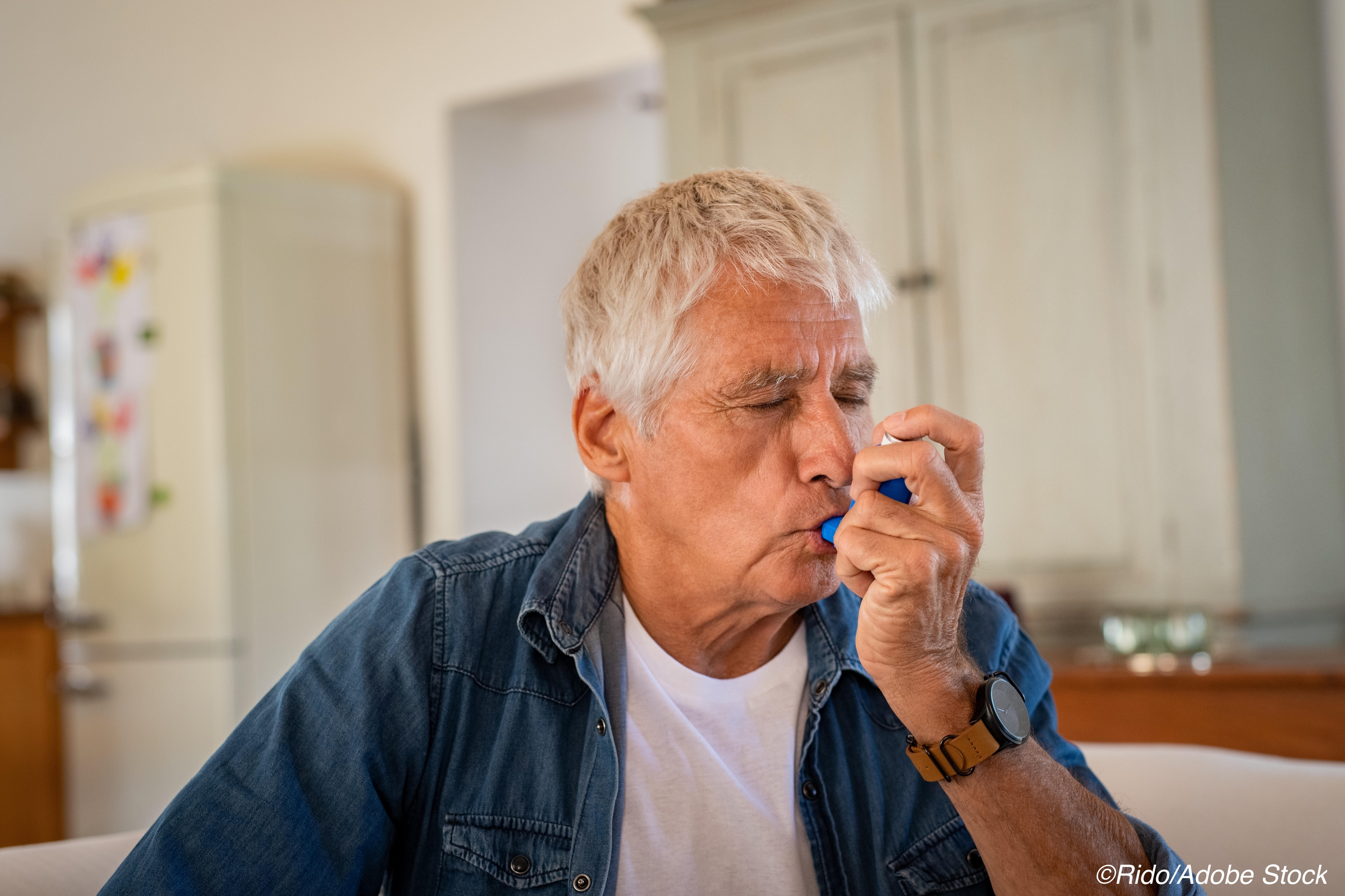 A personalized asthma-treatment approach based on a composite score of patient type-2 biomarkers was not associated with significantly lower steroid use in a randomized controlled trial involving adults with severe asthma being treated with high doses of inhaled corticosteroid (ICS).

Among patients who did reduce ICS doses based on low T2-biomarker status, however, no evidence of worsening asthma control or changes in T2-associated biomarkers was observed.

There was a reluctance among patients in both the T2 biomarker group and the control arm of the trial to follow the recommended treatment when ICS reductions were advised.

They noted that even though treatment guidelines for asthma recommend a step-wise increase in ICS treatment to control symptoms and reduce exacerbations, up to half of patients with asthma symptoms might not have corticosteroid-responsive eosinophilic airways inflammation.

“In this population, there is a clear potential for treatment to be increased to high-intensity ICS and oral corticosteroids (OCS) without therapeutic benefit and with an increased potential for side-effects,” they wrote.

The researchers previously showed that a raised composite score of three T-inflammation biomarkers — fractional exhaled nitric oxide (FENO), blood eosinophils, and serum periostin — is an independent marker of increased exacerbation risk in patients with severe asthma, suggesting that a low composite score could be used to identify a low-risk population that could safely reduce corticosteroid dosages.

Their randomized trial was designed to test this hypothesis, with the secondary aim of establishing the proportion of patients with severe asthma in whom T2 biomarkers remain low when corticosteroid treatment is decreased.

The single-blind, parallel group trial included adults with severe asthma and FENO of less than 45 parts per billion treated at 12 asthma centers across the United Kingdom.

Patients were randomly assigned (4:1) to either the biomarker strategy group or the control group in blocks of ten, stratified by asthma control and use of rescue systemic steroids in the previous year.

Those in the biomarker strategy group received a default advisory to maintain treatment and those in the control group had their treatments adjusted according to the steps indicated by the trial algorithm.

A total of 301 patients were included in the ITT population and were randomly assigned to the biomarker strategy group (n=240) or the control group (n=61).

“The larger effect size seen in the PP analysis was principally because fewer patients reduced their corticosteroid treatment in the control group, which might in part have been due to patients being more symptomatic compared with the ITT control population,” the researchers wrote.

Heaney and colleagues noted that the reluctance among study participants to initiate regular OCS was expected, “but the reluctance to reduce ICS treatment was not expected, particularly since this intention had been communicated to patients as a core aim of the study before recruitment.”

In an accompanying commentary, Anne B. Chang of Queensland Children’s Hospital, Brisbane, Australia, and Richard Beasley of the Medical Research Institute of New Zealand wrote these findings and those of several other high-profile trials — including the recently published CAPTAIN trial — “offer a new treatment paradigm in adults with severe asthma,” of stepping up or stepping down corticosteroids with long-acting B-agonists (LABA) or as triple therapy with a LABA/LAMA.

“The strategy potentially lowers the need to use long-term, high-dose corticosteroids and in doing so, minimizes the considerable adverse events associated with use and the economic cost (U.S. $29,000 per annum in high-dose users),” they wrote.

They concluded that in real-world clinical practice, as the study by Heaney et al study illustrated, “patients’ asthma management preferences (likely to affect adherence) are one of the most important factors to consider.”

“A randomized controlled trial that makes use of the T2 strategy as a guide to step up therapy (as opposed to step down) also needs to be done,” they added. “Such a trial has the potential to prevent patients from being unnecessarily placed on high corticosteroid doses and is arguably important because once patients are on high doses, altering their treatment regimen can be problematic.”

This research was funded, in part, by Medical Research Council UK.

Corresponding researcher Liam G Heaney reported receiving grant funding and has taken part in advisory boards and given lectures at meetings supported by Hoffmann-La Roche–Genentech and Aerocrine. He has taken part in asthma clinical trials sponsored by Hoffmann-La Roche–Genentech, for which his institution was remunerated. Dr. Heaney is Academic Lead for the Medical Research Council Stratified Medicine UK Consortium in Severe Asthma, which involves industrial partnerships with a number of pharmaceutical companies, including Hoffman-La Roche and Aerocrine.