Biomarker Definition of Alzheimer’s Not Ready for Everyday Use 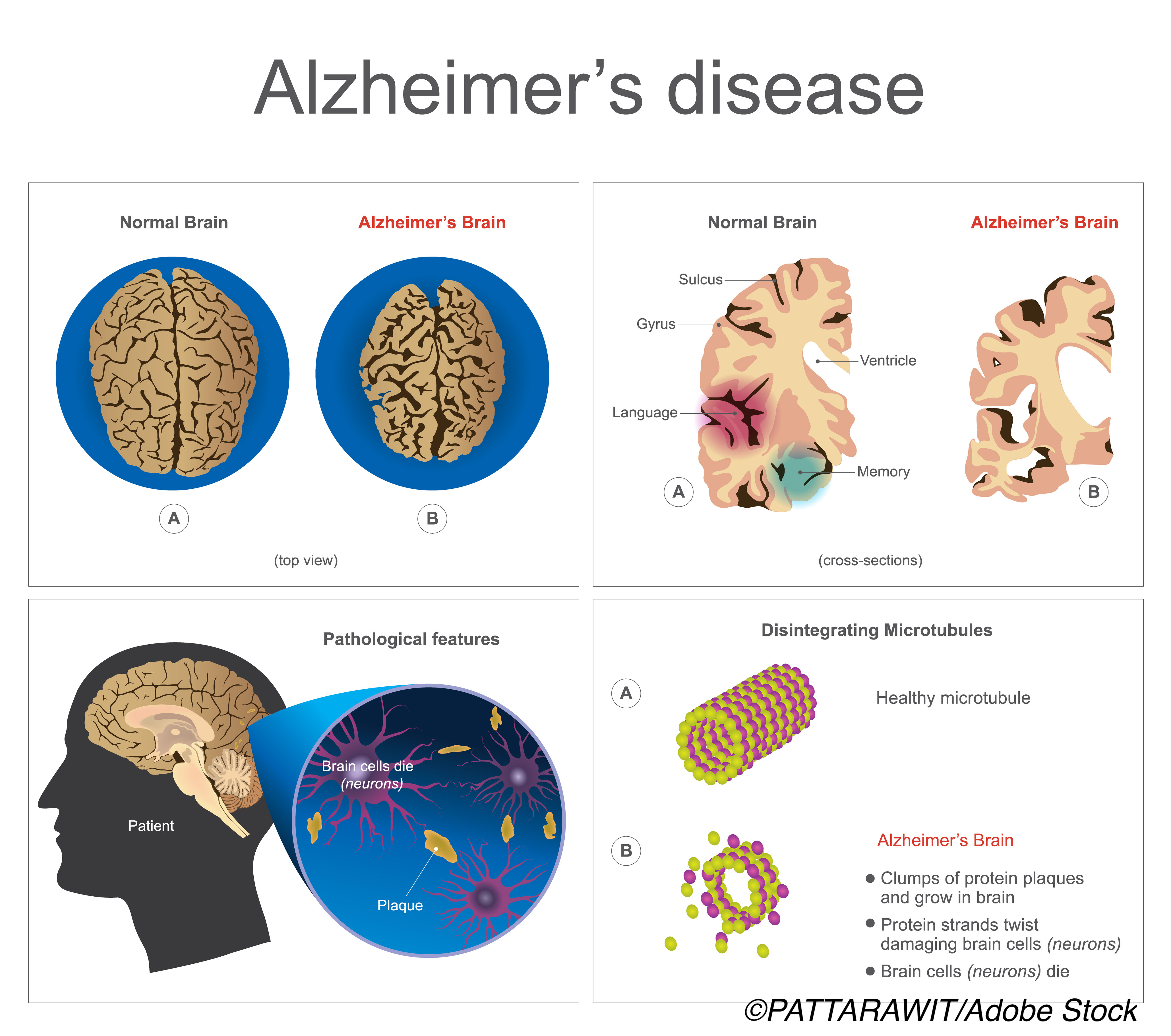 A definition of Alzheimer’s disease (AD) based solely on biomarkers has limited potential and needs to include clinical information and guidelines before it can be used in everyday practice, the International Working Group (IWG) argued.

“Although the definition of Alzheimer’s disease based exclusively on biological markers has gained substantial traction in research settings, emerging studies suggest that the biomarker definition is not ready for application in clinical settings and for diagnosis of individuals without cognitive impairment,” wrote Bruno Dubois, MD, of Assistance Publique-Hopitaux de Paris in France, and colleagues, in Lancet Neurology.

“Current evidence about the natural history of people who are asymptomatic at risk with positive biological markers is insufficient to predict subsequent cognitive decline and dementia,” they continued.

In 2018, the National Institute on Aging and Alzheimer’s Association (NIA-AA) framework of amyloid beta (Aβ), tau, neurodegeneration (ATN) was established to guide the definition and diagnosis of AD in research settings. It diagnosed AD based purely on imaging and fluid biomarkers.

Dubois and IWG members identified multiple limitations of this definition, including:

“As more biomarkers for different pathological processes become available, the nature and importance of clinical evaluation might also evolve,” noted William Jagust, MD, of University of California, Berkeley, in an accompanying editorial.

“Ultimately, the question of how best to diagnose Alzheimer’s disease will revolve around therapy: at what point, and in whom do we start it?”, Jagust asked. “The relative importance of clinical examination and biomarkers will depend on the answer.”

The ATN system was designed to evolve at the outset, incorporating new information when available. By 2021, amyloid, tau, and neurofilament light could be measured in cerebrospinal fluid (CSF), and blood and imaging could assess glucose metabolism, amyloid, and tau with PET scans.

The NIA-AA 2018 biomarker definition of AD was itself an integrative update of prior guidelines, including 2011 criteria, that defined three preclinical stages (first amyloid; next tau and neurodegeneration; finally subtle cognitive decline).

Authors of the NIA-AA 2018 framework wrote: “We appreciate the concern that this biomarker-based research framework has the potential to be misused. Therefore, we emphasize, first, it is premature and inappropriate to use this research framework in general medical practice.”

“Second, this research framework should not be used to restrict alternative approaches to hypothesis testing that do not use biomarkers,” they continued. “There will be situations where biomarkers are not available or requiring them would be counterproductive to the specific research goals.” In the IWG proposal, Dubois and colleagues noted that AD diagnosis requires expertise in assessing biomarker results as well as phenotype and provided suggestions for testing strategies. The phenotype requirement could be satisfied by multiple AD presentations including amnestic syndrome, posterior cortical atrophy, and logopenic primary progressive aphasia. “Subjective memory and cognitive complaints are not specific enough to be considered part of the AD phenotype,” they wrote.

When biomarkers are unavailable, patients should have a clinical syndromic diagnosis (e.g., amnestic syndrome) and staging (mild cognitive impairment or dementia) with evaluation to rule out non-degenerative causes, the IWG recommended.

Evaluation of asymptomatic patients with biomarker measures was not recommended, though this may change if successful prevention or therapy is developed, Dubois and co-authors said. Should an asymptomatic person be evaluated with biomarkers—e.g., for research or a patient’s will to know—counseling is important. Biomarker work-up for individual symptomatic patients should be evaluated for usefulness and appropriateness, which may include trial participation.

“CSF is prioritized over imaging based on cost and ability to obtain amyloid and tau with one procedure,” Dubois and colleagues noted. “Although promising, plasma biomarkers require further standardization and validation before they can be broadly regarded as secure evidence of Alzheimer’s disease pathology (amyloid-positive and tau-positive).”

“The current situation is probably still a work in progress,” Jagust observed. “Looking back on the past 30 years, diagnostic criteria have changed considerably.”

While the 2018 NIA-AA research framework does not provide clear guidance about prognosis, “as longitudinal studies continue, evidence is accumulating that, at least in some cohorts, amyloid β and tau are malignant,” he added. “Longer longitudinal follow-up in representative samples is needed for better understanding of these biomarkers.”

Dubois reports personal fees from Biogen and grants paid to his institution from Roche, Merck-Avenir Foundation, and Fondation Recherche sur Alzheimer, outside the submitted work.

Jagust reports personal fees for consulting from Roche and Genentech, Biogen, Bioclinica, and Grifols outside of the submitted work.